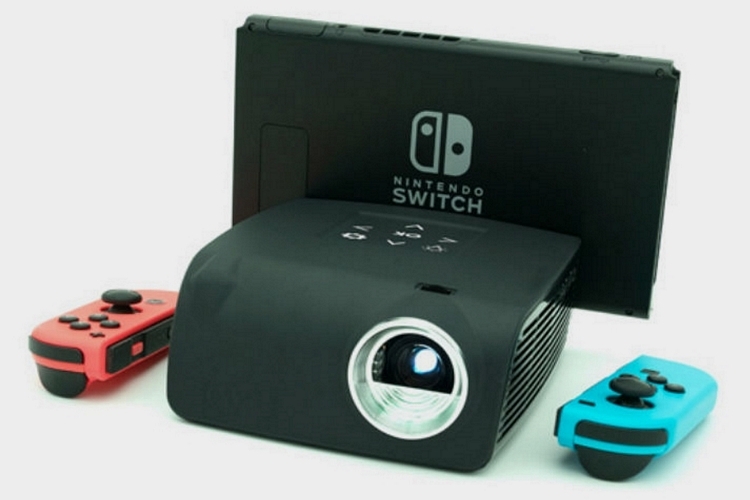 We’re continually amazed with just how much fun playing on the Nintendo Switch can be, whether at home on the TV or on the road in its smaller screen. While enjoying a single-player game on the 6.2-inch screen is easy enough, things can get pretty crowded when playing local multiplayer with three other friends, whether you’re competing in Mario Kart, duking it out in Super Smash Bros, or playing cooperatively in Overcooked. For those times, you’ll need a bigger screen and that’s exactly what you can get with the AAXA S1.

A portable projector for the Nintendo Switch, it lets you dock your handheld console on the projector, which then proceeds to amplify the image onto any blank wall of your choosing. That way, you can play with your friends on the road without having to squeeze together and hunch over a tiny display. 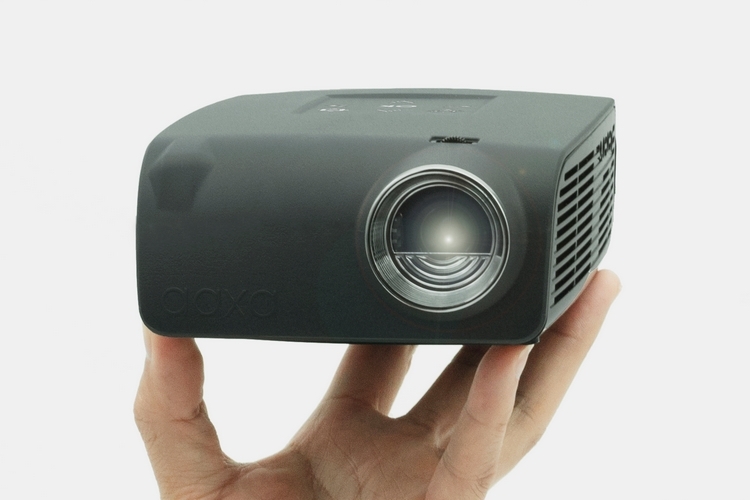 The AAXA S1 measures 6 x 4.5 x 1.9 inches (width x depth x height), making it compact enough to fit in the front pouch of most backpacks, allowing you to easily bring it along, whether you’re heading to school, commuting to work, or traveling for business. It’s equipped with a pico projector engine that outputs natively at 720p, although it performs some clever upscaling to post a maximum resolution of 1080p, ensuring you can enjoy your games on the road with the same level of detail as you do at home.

According to the outfit, it can project a maximum screen size of 100 inches, allowing you to enjoy your games in an expansive display, so each of you can mash on your controllers at a comfortable viewing distance, with the device able to project that maximum image size at a distance of 10.5 inches. It has a maximum brightness of 400 lumens, which should be bright enough to put up a visible picture without needing a pitch black room, although the bigger the screen size you project, the darker the room you’ll require. 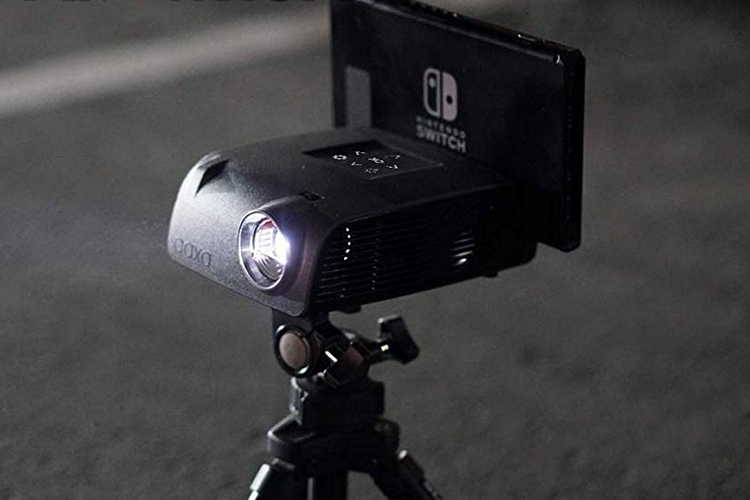 The AAXA S1 has an onboard battery that’s rated at up to three hours of operation in “eco mode,” which means it won’t beaming the image at maximum brightness, so if you like to watch your games at maximum quality, you’ll probably want to leave the house with a power bank in tow. In case you don’t use the projector for the day, by the way, you can also charge the Switch from it during those times your battery is drained but you still want to play a few games. It has an integrated 2W speaker with a 1W tweeter, so you should get some fairly serviceable audio, along with your gameplay graphics. 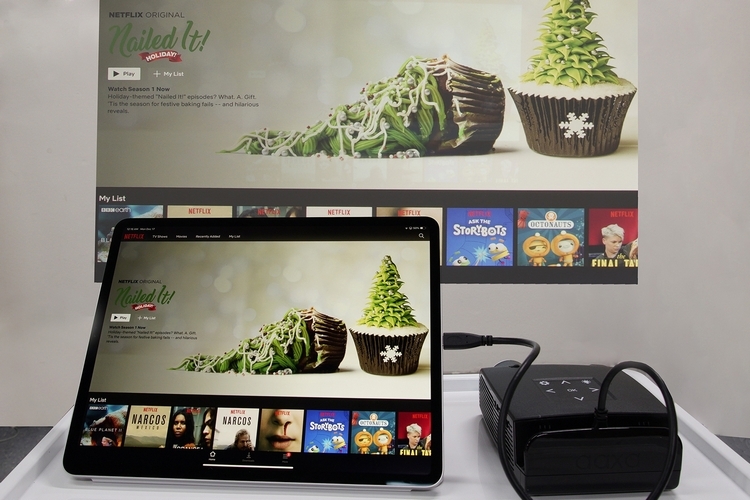 Of course, third-party docks for the Switch have been known to come with an issue: bricking, so that’s something you’ll need to consider if you’re going to pick up this thing. If you’ve had a positive experience with third-party docks, though, then maybe you’ll be willing to give this one a try.

The AAXA S1 is available now. 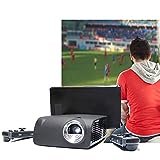