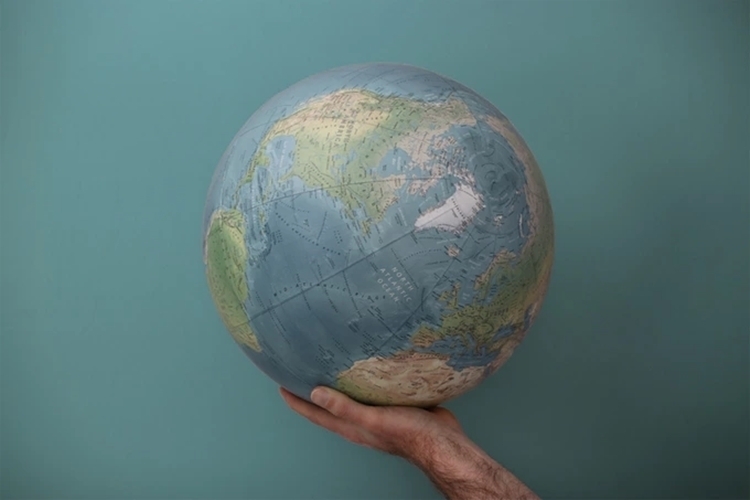 No, we haven’t seen a globe model of the Earth since the last time we set foot in a school, too, with most of our encounters with the planet’s diagrammatic topography happening using a flat map. Could it be the reason more people today believe the Earth is flat? Probably not. If you want to make sure you never end up swallowing the flat Earth pill, though, having a globe to serve as a constant reminder doesn’t sound like a bad idea. And if you want something cooler than the boring globe in the library at your last school, you might want to check out Acme Globes.

Like any globe, it’s a map of the Earth laid out on a spherical surface, allowing you to chart the course of your flights, plan your intercontinental sailing trips, and mark which countries you will invade once you get your superpowers on a round representation of the planet. Unlike them, it brings a few neat tricks that make it an infinitely better display piece to keep around the house. 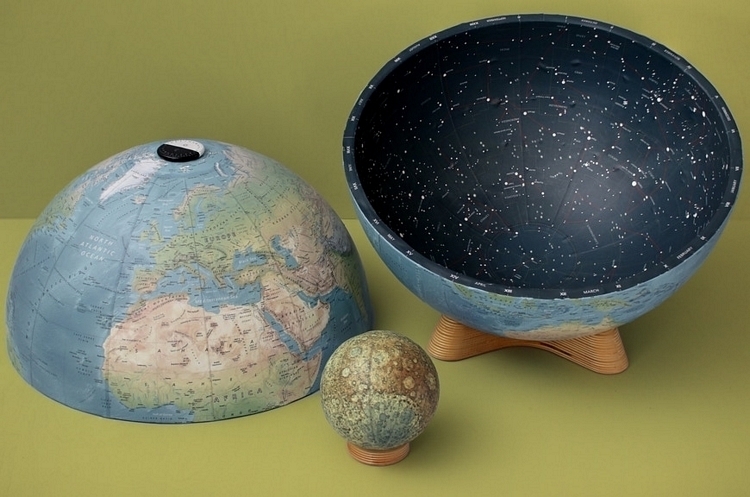 The Acme Globes look like any conventional globe on the outside, with a detailed topographical map of the planet, with labels for each country, major city, and other important locations, totaling to around 3200 physical points of interest. Unlike most globes, it’s designed to split into two halves (they cut off right at the equator), revealing the inside of the globe, which is printed with a map of the night sky, containing over 2500 stars and constellations. That’s right, this globe is also a mini-planetarium, so you can lie down on the couch, put this over your head, and imagine you’re looking at a super clear night sky. Well, something like that. Each half, by the way, connects to each other using magnets, making them easy to snap on and off while being very secure. 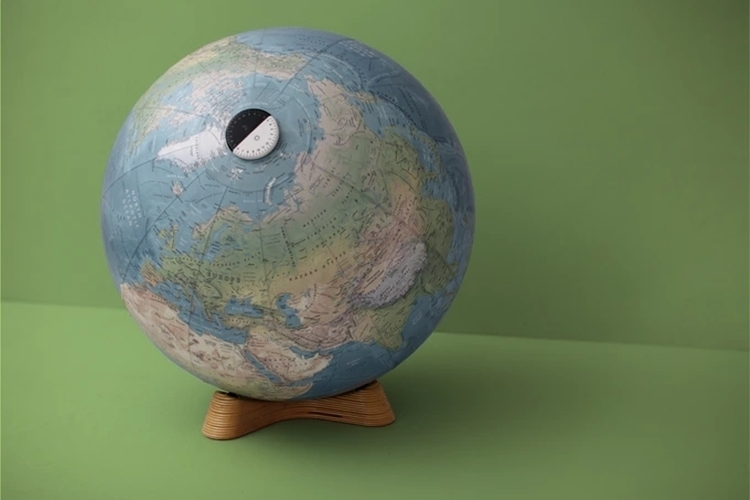 It has its own stand, so it won’t roll around when set down on a flat surface, with magnets on the poles allowing you to keep it secured to any of the steel anchors on the stand using either pole. Even better, those steel anchors are made using ball bearings, allowing the globe to spin on its axis when snapped onto them, allowing you to easily spin it to show any continent of your liking. The stand, by the way, has three legs, each of which has one anchor, giving you three different placement options for the globe. 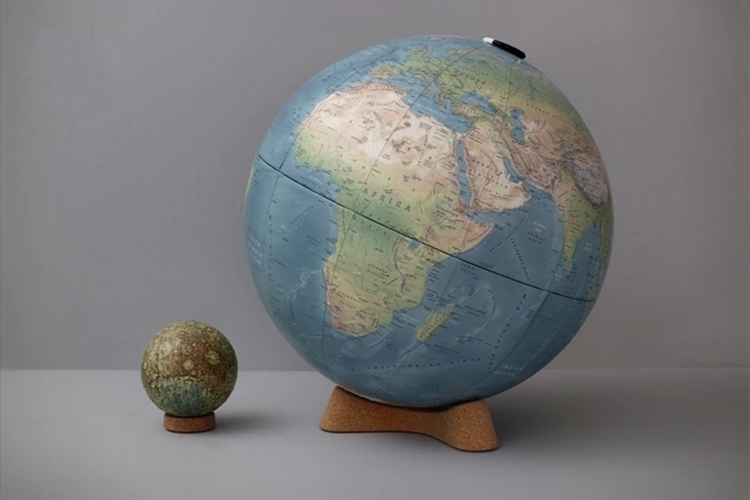 The Acme Globes come with a removable timezone dial that’s magnetically attached to the North Pole, allowing you to quickly check the time in different places, while doubling as a scale for measuring distances right on the globe. Construction is recyclable paper pulp for the globe, with the stand coming in either cork or birch wood, so this is made with pretty sustainable materials. The globe measures 14.75 inches in diameter, by the way, so this can make for a nice display piece, whether for the living room, the bedroom, or the study. Oh yeah, each one even comes with a bonus lunar globe, so you can have your own moon orbiting the planet.

A Kickstarter campaign is currently running for Acme Globes. You can reserve a unit for pledges starting at $199.