Adastra Is A Superyacht Fit For A Billionaire Pirate 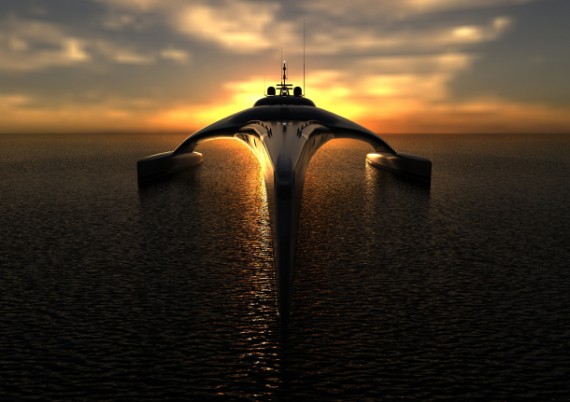 You’re a tech industry billionaire.  After a couple of years of living large, though, your affluent and privileged existence has begun to bore you.  So you decide to use some of that money to fulfill your childhood dream of becoming a seafaring pirate captain.  This Adastra would make a fine ship for you to haunt the oceans with.

Designed by Sussex-based yacht designer John Shuttleworth, the luxury superyacht isn’t exactly designed for looting and pillaging in the middle of the open seas.  But, seriously, what better way to live the billionaire lifestyle while plotting to rob your next cargo freighter or luxury cruiser for shits and giggles? 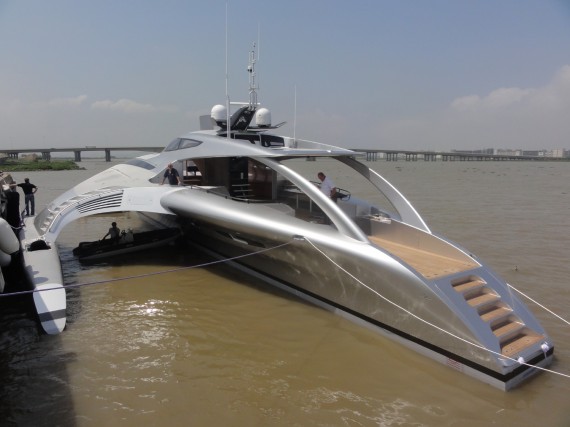 Built for billionaire businessman Anto Marden, the Adastra took a total of five years and $15 million to finish — all of which seemed to have been put to good use as this is easily one of the sickest boats I’ve ever seen.  While the shape and design borrows from power-trimaran vessels, it actually serves as a luxury yacht that pampers its occupants as well as it rides (max speed is 22.5 knots). 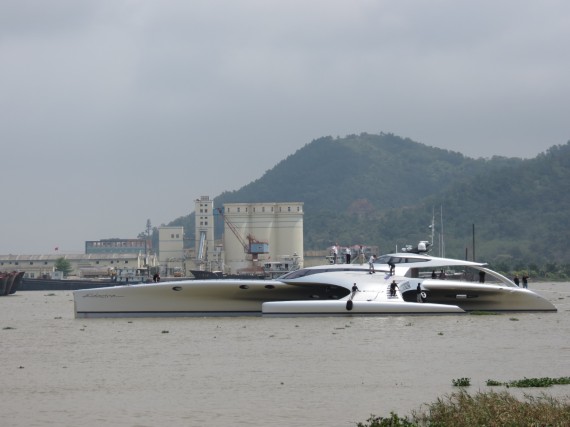 Since this is a specially-commissioned billionaire boat, no expense was spared, making it a veritable treasure trove of new tech and design.  To ensure smooth and stable cruising, for instance, the Shuttleworth team developed an entirely new shape for the outriggers, which have been built to optimal height using carefully-tested materials.  Almost every aspect of the boat has been custom-built, from the carbon fiber superstructure to the glass-and-kevlar hull to the integrated monitoring system, which can even be controlled using an iPad from a 50-meter range (so you can make your ship move even while you’re looting another ship next to it).  Accommodations include several on-deck lounge areas with plush interior, a master bedroom, two guest cabins and enough room to hold as many as 15 people (9 passengers, 6 crew).

You can learn more about the Adastra from designer John Shuttleworth’s website.