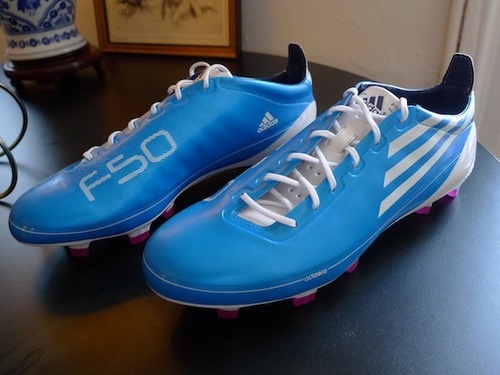 Not being big soccer fans (or football just to cover all the continents), we’re not sure just how much performance enhancements lighter shoes will do for players. But the new Adidas F50 Adizero, now the world’s lightest soccer shoes, has shaved down the weight for the footwear so much that it’s impossible not to make a difference.

Typical soccer shoes weigh around 10 ounces. The new Adidas football wear, on the other hand, tips the scale at 5.8 ounces. That’s over 40% of the weight taken off, making for one serious upgrade. 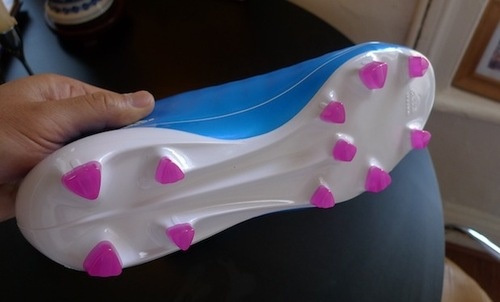 The Adidas F50 Adizero does away with leather, replacing it with a plastic-looking synthetic microfiber. Because of the intertwined fiber construction, the company’s engineers were able to dial in an exact combination of flexibility and rigidity, allowing them to get rid of other materials previously used for interior supports. The shoe also does away with stiff insole boards, a staple in almost all soccer shoes, with stability provided by the molded poly-amide outsole and fins.

According to Adidas, the new soccer shoes are “the most rigorously tested product we’ve ever made.” Testing was, of course, very necessary, after all of the materials they either replaced or got rid of to facilitate the lightness gains. They’ve reportedly been put through the feet of players on all levels (amateurs and pros alike), as well as tested to comply with more extreme temperatures.

No word yet on pricing or availability for the Adidas F50 Adizero, but with the World Cup just around the corner, it’s probably due out anytime soon.