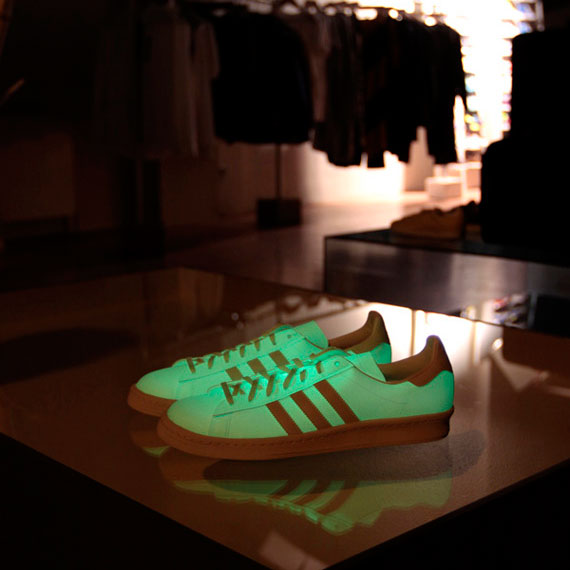 Why carry glow sticks when your shoes can glow in the dark? Bring one less prop to your nights out clubbing with the Adidas Originals Glow In The Dark Campus 80s, which, as the name implies, should be the most visible thing when the lights go out.

We’ve seen kicks with soles that performed that whole luminescence thing in the past (Kanye West even had his own sneaker model, the Nike Air Yeezy, which did just that). Adidas takes it one step further, though, outfitting the shoe upper with all that fancy light reflecting material. Yes, you will be able to make out the entire pair of shoes in darkness. Quite magical. 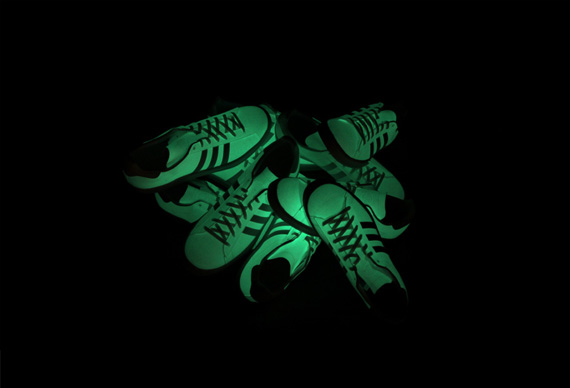 From the pictures, the Glow In The Dark Campus 80s looks gorgeous. It’s not just lame reflective light – it’s literally shining in pitch darkness (if I didn’t know better, I’d have thought it had embedded LEDs). You can bet the farm that the club kids will be all over this when it comes out, so prepare for annoying “party people” romping down in light-emitting kicks the next night you decide to leave the cave (unless, that annoying dork is you, of course).

The Campus 80s is a great choice for a first glow in the dark shoe for Adidas. It’s young, hip and looks absolutely wicked in darkness. Might be useful as another added reflector for bicyclists commuting in the night too. No word on pricing, but it’s slated for release this coming Saturday (April 10th) at selected retail locations.