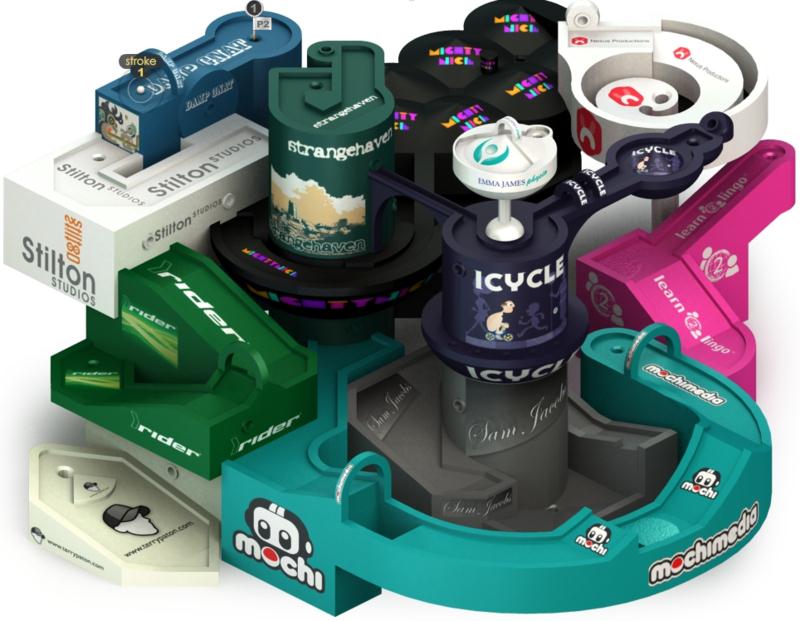 We all know game advertising is only going to get blatantly more intrusive. But I kinda like what Adverputt did with their mini-golf Flash game, seamlessly integrating the adverts with the multi-level playing course.

They do have annoying pop-overs, though, which disappear after a few seconds. The small window lists the full name of the sponsor for the hole, along with a clickable link to their website. Seriously, I hope that doesn’t catch on, or at least, put it where I can ignore it (instead of right over the putt).

Make no mistake: Adverputt is a game designed for advertising, much like Kim’s Diet Blog (or one of those other fake personal websites) was designed to pimp Resveratrol or Hoodia or whatever the current weight-loss fad is. Unlike other similar efforts, though, the game is actually very entertaining, with a simple control scheme, challenging holes, clever physics and gorgeous graphics.

The current course has 12 holes, each of which can be sponsored by only one company at a time. They currently have a promotion for linking websites to get free advertising space. After that, though, placements will only be available via an ads bidding system.

Yes, internet marketers, you just might have a new service to game. Given how crappy the audience for casual games normally is, however, I doubt there’s plenty of cash to be made here. Still, Adverputt is a cool game with a nice concept. Definitely worth a round of play.