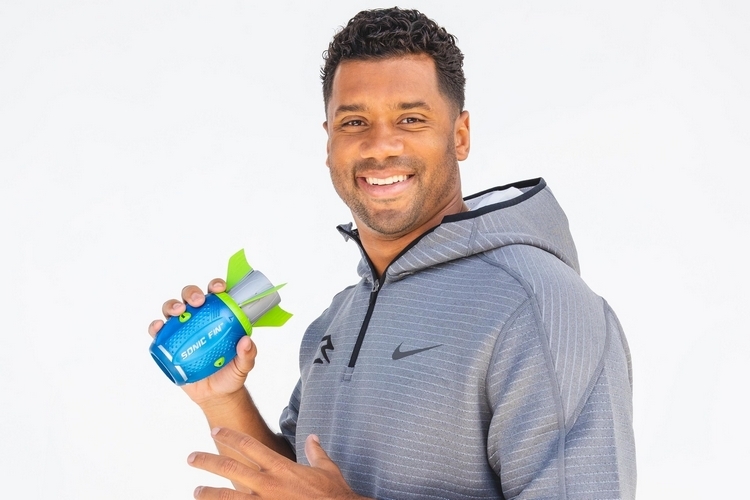 No, you probably can’t throw an actual football with the same power and precision as Seattle Seahawks quarterback Russel Wilson. However, there’s a good chance you can throw an Aerobie Sonic Fin Football just like him. At least, that’s the idea, which is why they got him posing for the newest toss-and-catch summer toy from Spin Master.

Billed as a toy that will let kids throw like a pro, the toy allows you to send the ball flying across distances of up to 100 yards. That’s equivalent the length of a regulation football field, by the way, making for a crazy toss-and-catch toy that you could end up chasing across the beach this summer. While there’s no listed numbers for maximum speed, we imagine it goes pretty fast, too, since that’s the only way a plastic football is likely to cover that much distance. 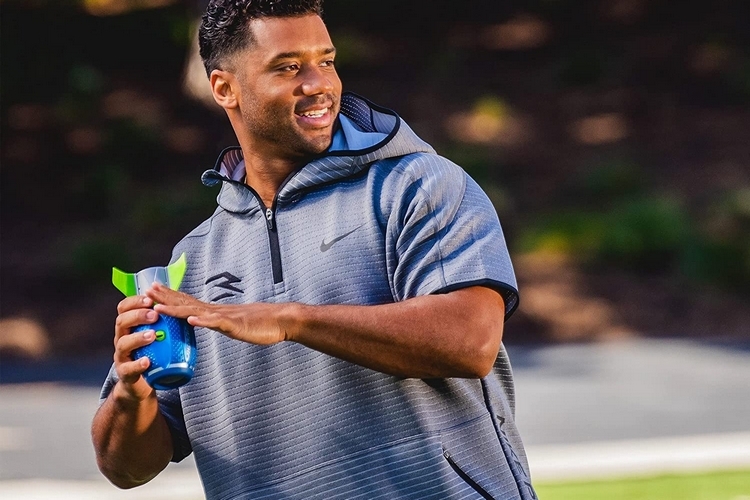 The Aerobie Sonic Fin Football uses a hollow gyroscopic design, which should create the same annular wing effect as the Hog Wild Wingball, allowing it to achieve a great amount of lift while it courses through the air. Unlike that toy, though, this isn’t made from foam, so it’s able to achieve longer flight distances for maximum toss-and-catch gameplay with family and friends. It also looks a bit more like a football, albeit one with rocket-like fins on the backend, so you don’t look like you’re throwing around a busted plastic tumbler. Heck, it actually looks pretty cool, as you can tell people it’s a rocket football.

According to the outfit, the toy is precisely balanced, ensuring even smaller kids can use it throw spiraling footballs just like a seasoned quarterback. No need for a well-trained throwing arm as you would with a traditional football, as you should be able to get the hang of it within your first couple of throws. So yeah… it’s as good a chance as you’re probably going to get to feel like you’re on par with an NFL All-Pro. 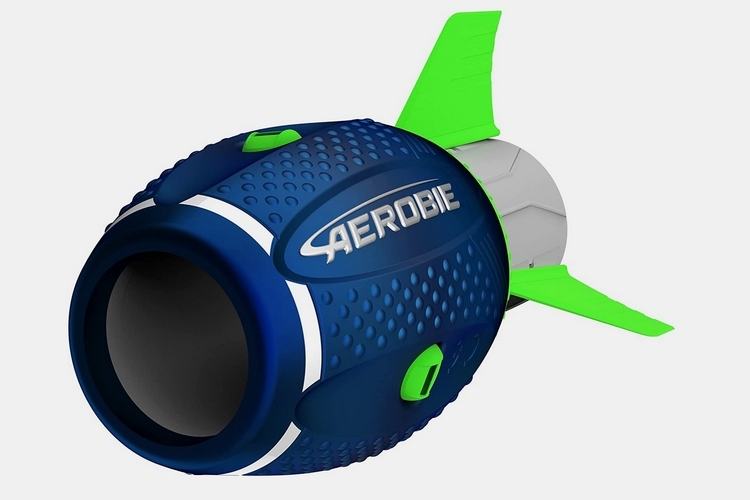 The Aerobie Sonic Fin Football’s fins can be adjusted to increase or decrease the toy’s spin rate while it glides through the air, giving you more options in fine-tuning the football to achieve your speed and distance targets, while the calibration ring right next to the fins can be turned to better accommodate throwing from either your right or left hand. That means, you can throw it with maximum strength and achieve optimal results, regardless of your dominant hand. 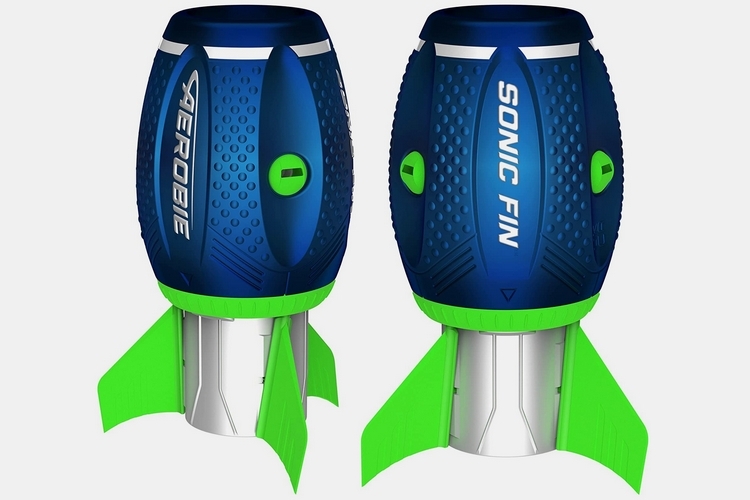 Prefer your flying football accompanied by loud, annoying sounds? They got you covered, as it comes with integrated whistles on the body, which, we imagine, will get blown through as it cuts through the air, prompting the toy to make a whistling sound the whole time it’s on the move. And no, there doesn’t appear to be a way to silence the darn thing without affecting its performance, so you’ll have to listen to that loud whistle the entire time your kids are playing in the park. Yeah… sounds fun. 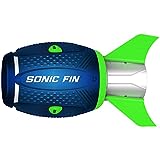