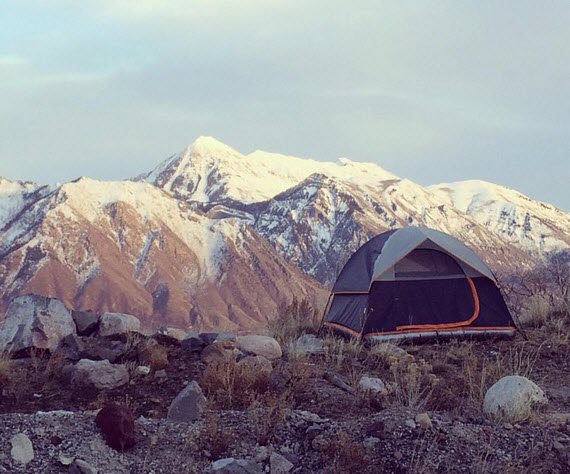 We can’t exactly be sure of Aesent’s claim as the world’s most comfortable tent until we take it out for a test drive ourselves, but we must give props where it’s due: that integrated inflatable base definitely does give it a unique hook.  No more lugging an extra mattress around during camping trips — just pump air into your tent’s floor and you’re set.

Comfort isn’t just about having a soft horizontal surface to lay your head on, but having one built into the tent does save you from the hassles that could come with fitting a separate mattress into it.  Whether that makes enough of a difference to entice outdoor enthusiasts, though, is another matter entirely. 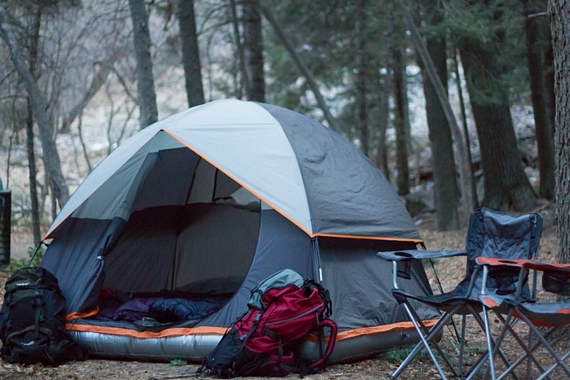 Aesent’s flagship model is a 4-person domed tent, with a base that can inflate up to six inches thick.  They claim the tent itself can be set up in just two minutes, with the mattress fully inflating in another two, so your shelter should be ready in well under 10 minutes.  Unlike traditional air mattresses, the one they use employ an intertwining system of tubes that limits its ability to be unevenly displaced, resulting in a surface that’s soft enough to be comfortable, while being firm enough for multiple people to share.  The tent is only 4’11” tall, so no standing headroom, with a floor space of 9 x 7 feet.

What if you don’t really need a mattress (like when you’re planning to sleep in a Kammok Roo hammock or something)?  Since they figured that would come up, they decided to make the mattress removable — just use the zipper closure at the bottom to pull it out and it will remain functional as a regular lightweight camping tent. 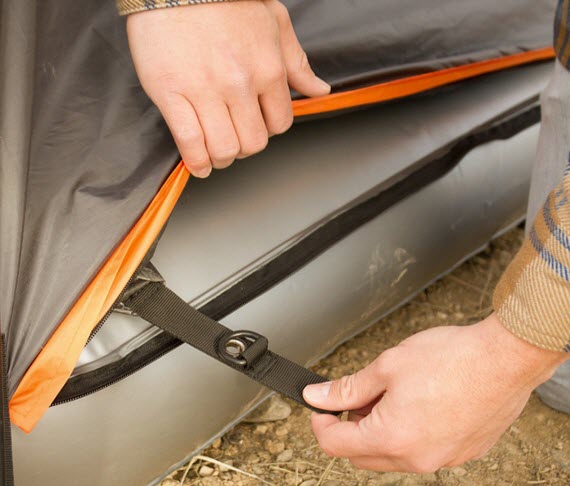 A Kickstarter campaign to start a production run of Aesent’s tent is ongoing.  Available pledges to reserve a unit starts at $160.