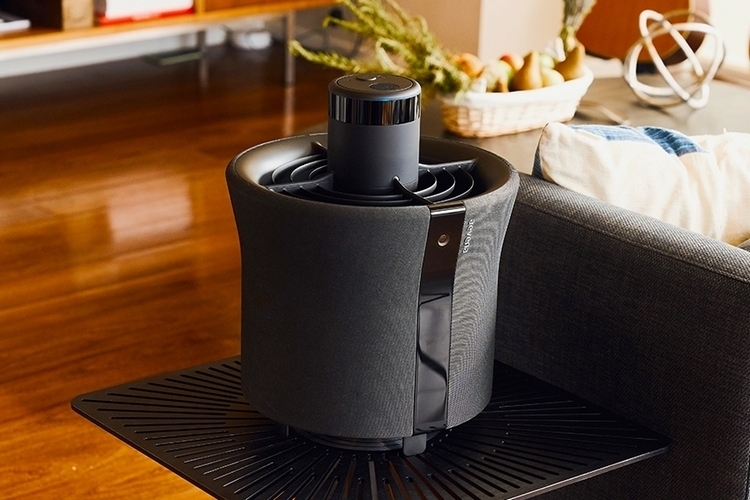 Intelligent virtual assistants are starting to become a ubiquitous part of everyday life. It’s not surprising, given how useful they’ve proven to be. While the speaker and the smartphone remain as the most viable form factor for such devices, the guys behind the Aevena Aire thinks it has something better.

A cross between a speaker and an autonomous flight drone, the device can answer all your queries just like an Amazon Echo or a Google Home, all while following you around the house everywhere you go. That way, you don’t need to have a different intelligent speaker in every room – this thing will just follow as you move from the living room to the kitchen all the way to the bedroom. 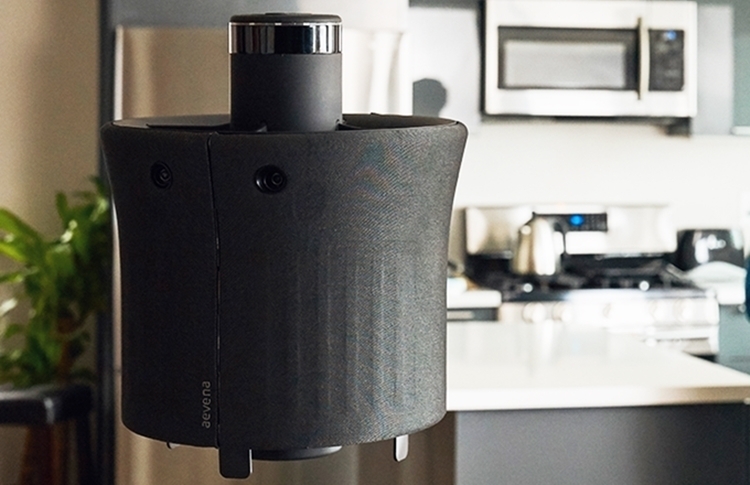 The Aevena Aire takes on a shape similar to a flower pot, albeit in an all-black color, so it’s going to look really weird flying around the house. It uses a ducted propulsion system that houses the single motor and propeller inside the cylindrical shell, so there’s no chance the spinning propellers can hit anything or anyone in the house. According to Aevena, this setup increases the battery life significantly, all while reducing thrust loss from the propeller tips, making it quite the efficient drone on top of being safe.

It comes with fitted with multiple cameras, sonar, and IMU sensors that allow it to determine its position at any time, giving it the ability to fly to any part of the room in a safe and efficient manner. Seriously, it’s capable of 360-degree obstacle avoidance, as well as identifying and landing on any compatible charging dock whenever it’s low on battery. As such, you can have it follow you around the house, command it to return to its charging dock, or perform a routine patrol of the entire house while you watch the livestream on your tablet. It uses a 4K sensor as its main video and photography camera. 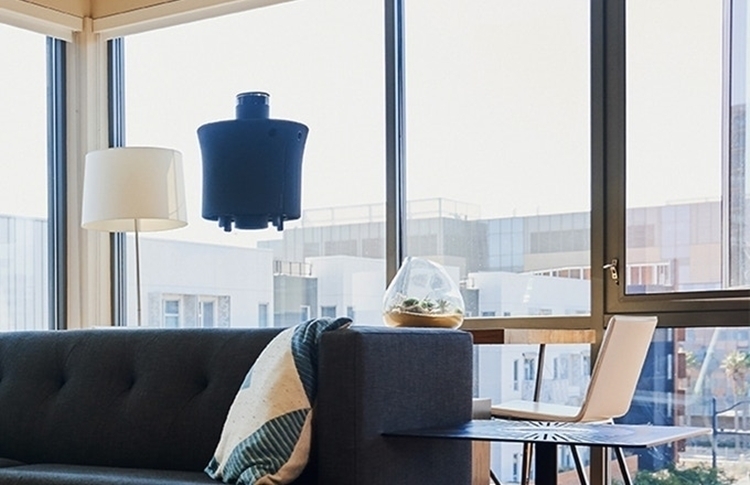 Aside from being an indoor drone that can navigate your house all on its own, the Aevena Aire is also an intelligent speaker with Amazon’s Alexa built-in. As such, it can do anything an Echo speaker can, from answering queries and playing music to updating your shopping list and controlling your smart home. And, yes, you can use Alexa for all the drone functions (aside from the app), whether you want it to follow you to the kitchen, take a family picture in the living room, or shoot a real-time video of the kids playing in the yard. 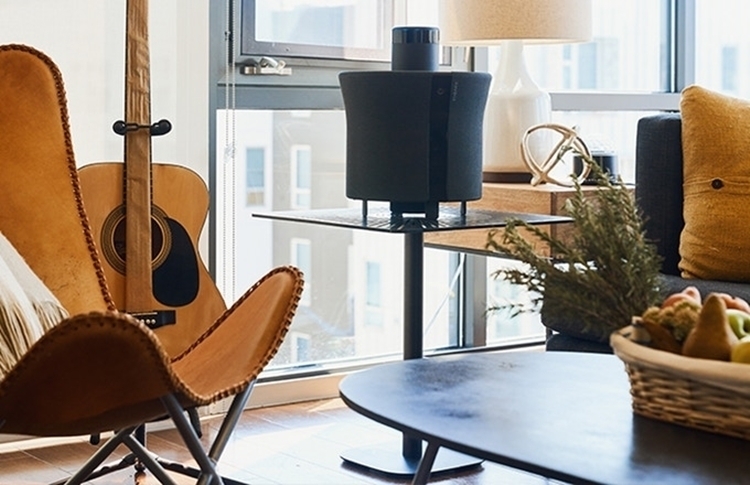 It measures 12 x 16 inches (diameter x height), so it is quite a big device to have flying inside the house, although like many things, we have a feeling you’ll get used to it in short order. If you’re worried about the noise a drone like this will make inside the house, the outfit claims it doesn’t produce the same aggressive buzzing as your typical quadcopter, with the device producing a sound a lot closer to white noise from the electric fan.

A Kickstarter campaign is currently running for the Aevena Aire. You can reserve a unit for pledges starting at $749.