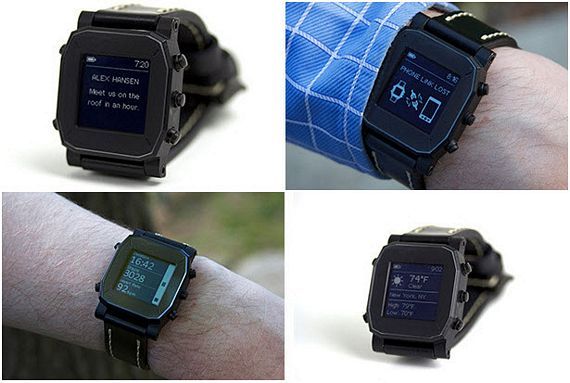 It’s inevitable — smartwatches (yes, we guess that’s a word now) are likely going to be a big part of our future.  The relative success of the Pebble watch is testament to that.  As expected of any new gadget category, the competitors are going to descend and the Agent Smart watch is among the most interesting we’ve seen.

Created by Secret Labs and the House of Horology, it brings a sporty aesthetic that feels just a tad more masculine than the Pebble, with its square display and octagonal watch case.  Designed for everyday use, its creators claim the timepiece can work well with any outfit, regardless of whether you’re hitting the gym or attending an evening function. 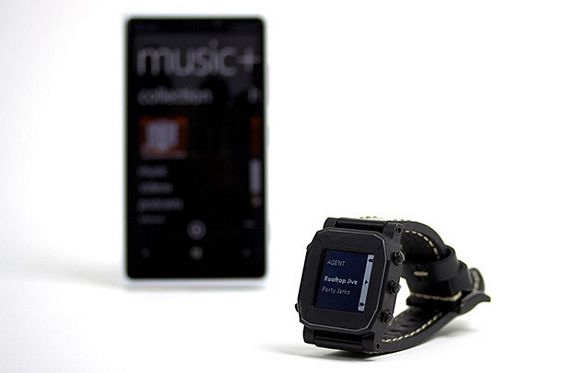 Like the Pebble, the Agent ditches a standard LCD display in favor of a power-sipping e-ink panel (1.28-inch Sharp Memory Display), allowing it to offer “unparalleled battery life” even with just a small battery to keep it ticking.  It does that without compromising on the quality of apps either, offering powerful features and genuinely useful function.  To do that, it comes with two processors built in — a 120MHz ARM Cortex M4 for computing-intensive tasks and a secondary low-power processor for handling general housekeeping duties (i.e. displaying the time, providing alerts, and all that).  When not in use, each of the processors are put in sleep mode, allowing them to sip minimal power, all while being on standby when needed the entire time.  Secret Labs claim the watch can run for 7 days straight without recharging even with Bluetooth turned on and up to 30 days on watch mode alone. 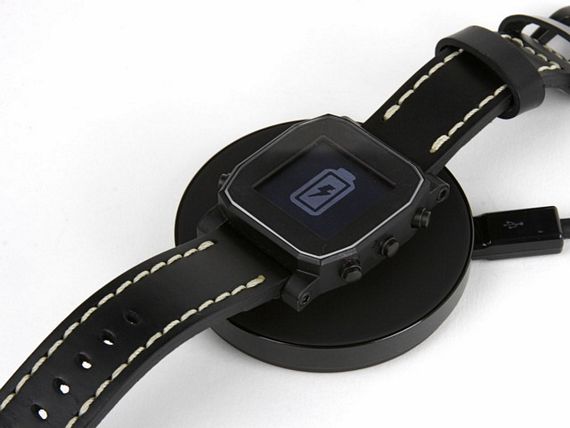 It can, of course, perform standard smart watch functions, such as displaying different watch faces, pairing with your phone over Bluetooth 4.0 (it supports Android, iOS and Windows Phone 8), and tracking sports performance (it has a built-in 3-axis accelerometer), among others.  Unlike any smart watch we’ve seen before, it supports wireless charging via a Qi charging pad.

The Agent smart watch is currently collecting funding on Kickstarter.  Pledges to reserve one starts at $149.