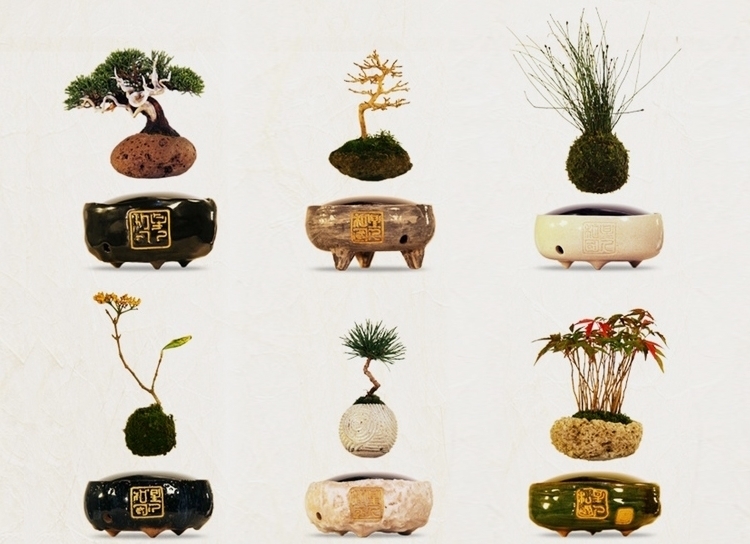 Bonsai trees make for one of the most beautiful ways to bring plant life into your home. Truth be told, they almost feel like living art. The Air Bonsai makes the miniature trees even more dynamic by making it float in the air and move like a perpetually spinning top.

That’s right, someone made a bonsai tree that hovers above its pot. Well, one that was made to look like it anyway. If you ever wanted bonsai trees that attract serious attention, but aren’t too keen on anything more complicated than a small tree, then we guess this is your best shot at getting that done. 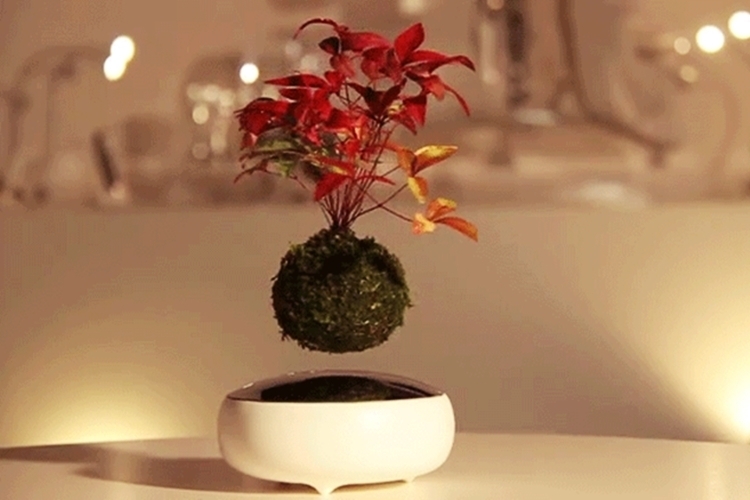 Instead of a simple planter, the Air Bonsai uses two components: a floating planter with a magnet inside called little star and a mag-lev base that looks like a traditional bonsai planter. The floating planter consists of a sponge bowl that’s covered in a ball of moss, although you can opt for a slightly more expensive lava stone bowl. With the base switched on, the magnet inside the planter will cause it to float 2 centimeters above the surface, where it will hover the entire time the base is powered (it plugs into a wall outlet).

A button on the base allows you trigger a rotate function, causing the planter to spin in its axis over and over. Yes, bonsai trees don’t get light-headed like you would when spinning, so the non-stop movement should pose no danger to the plant the entire time. Do note, the maximum weight of bonsai the mag-lev system can magnetically lift is 300 grams, so you’ll need to trim and prune your plant regularly if you want to keep making it float.

The Air Bonsai is currently raising funds on Kickstarter. Pledges to reserve a unit starts at $200.