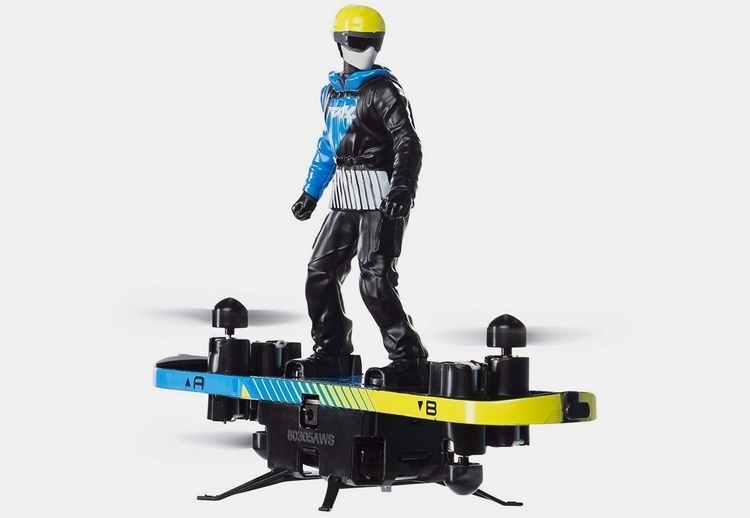 Hoverboards looked awesome in Back to the Future movie. In our reality, however, hoverboards are just skateboards with their wheels oriented incorrectly. And while there are advancing efforts to bring actual flying hoverboards to life, it’s clear now that anything we eventually develop will be too dangerous for casual recreational use, much less to become a toy for kids. So Spin Master is giving kids the next best thing with the Air Hogs Extreme Air Board instead.

No, it’s nothing near as amazing as an actual hoverboard that you can use to glide in the air while striking a skateboarding pose. Instead, it’s a toy of a man riding a hoverboard, if hoverboards ever became a reality. And unlike your hoverboard, this one can actually fly, so you can watch a miniature model experience what we all thought we would be taking for granted by this time in history. 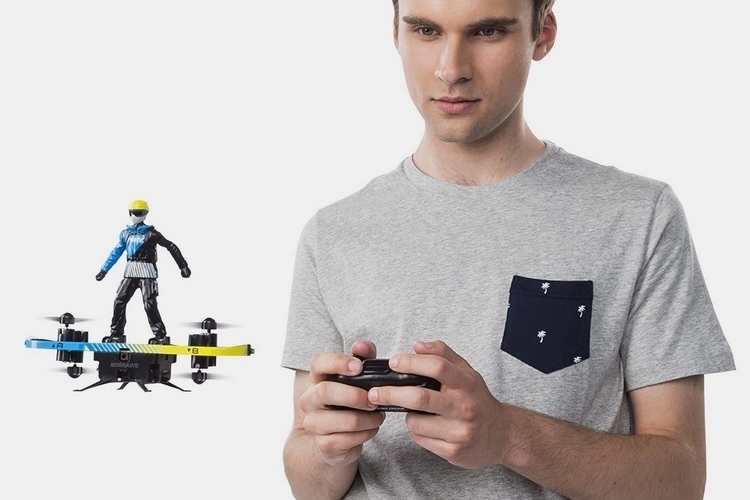 The Air Hogs Extreme Air Board consists of a mini-hoverboard that flies using four rotors (two on top, two at the bottom) powered by a pair of motors installed on either end of the deck. It comes with a physical controller for piloting using analog sticks, so this will feel a lot like flying a small quadcopter, complete with drone-like flight assist tech that allows it to launch, hover, and land in an autonomous manner. Measuring around 8 inches wide, the deck is sized to accommodate the include figure of the daring extreme sports athlete, who’s riding the unstable flying object like a skateboard cruising on the road.

A “stunt” button on the controller prompts the hoverboard to perform perform awesome aerial tricks, so you can kill yourself with envy that you’ll never have the chance to ever do them. These include 720-degree spins, 360-degree barrel rolls, and backside flips, all while the figure stays securely on top of the deck. Never mind, of course, that we barely have real hoverboards that can fly, much less do cool tricks – hey, a man can wish the world was a different place. 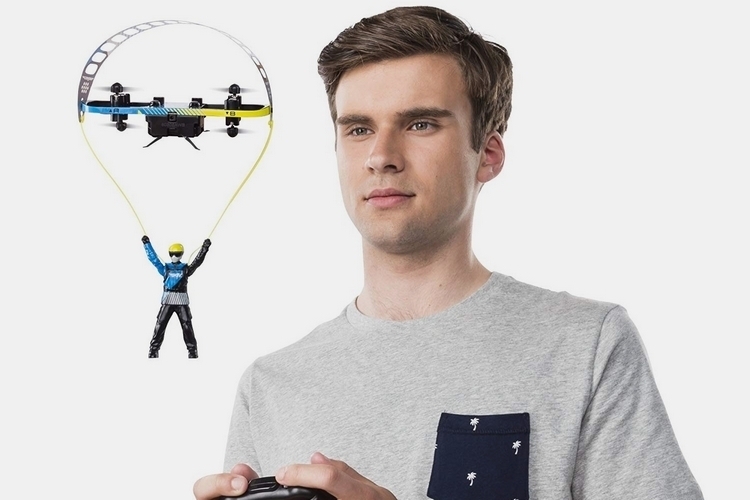 The Air Hogs Extreme Air Board isn’t just a mini-hoverboard, by the way, as it’s also a mini-paraglider. That’s right, you can remove the figure, attach the included paraglider onto the deck, and harness the whole thing onto the figure instead. Of course, it’s not really gliding as much as it’s flying using the same rotors, but no one’s really going to make that distinction so long as we’re having fun flying this thing around. Oh yeah, it can perform tricks while in paragliding mode, too, such as sidewinders, cyclones, and evaders, although we’re not actually sure what any of those mean (obviously, we’re not crazy daredevils around here). 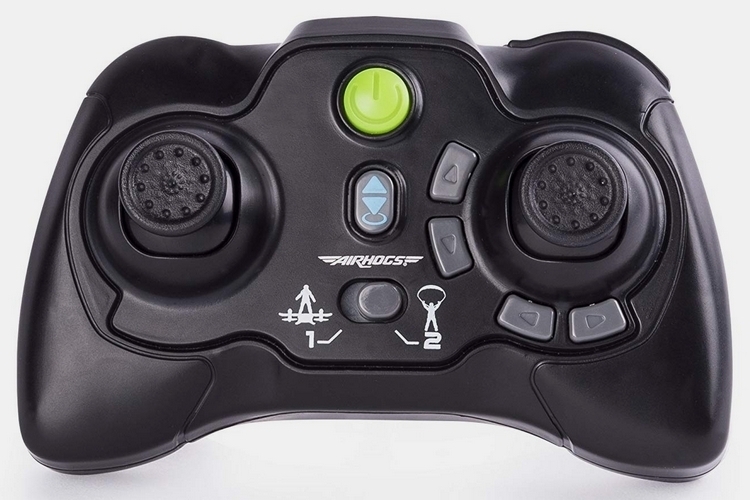 An onboard battery allows the toy to fly at up to seven minutes between charges, although it will require half an hour of being plugged in to fill up the battery. And yes, this is strictly for indoor flight, since the wind outside will likely mess up the way the darn thing performs.

The Air Hogs Extreme Air Board is available now. 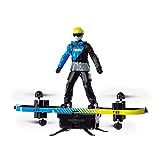 Air Hogs 2-in-1 Extreme Air Board Transforms from...
Buy on Amazon