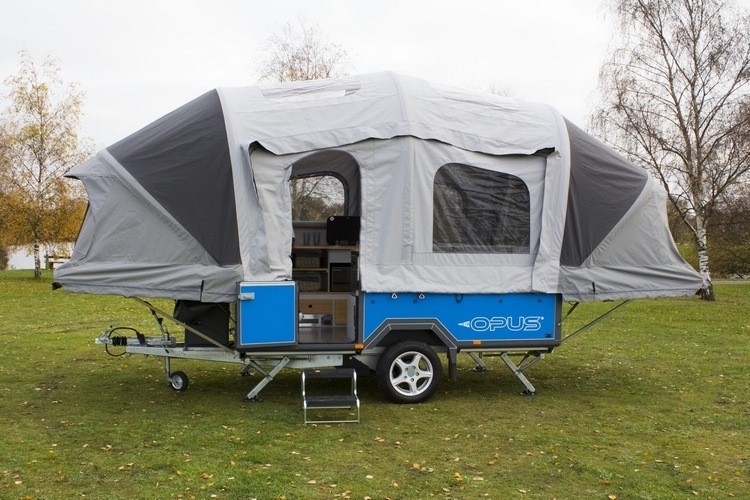 We’re big fans of Opus and their handy trailers, which double as a platform for the integrated tent as soon as you get to camp. As awesome as it is, though, setting up your camper does require a bit of manual work. That won’t be the case with the new Air Opus, which uses inflatable tubes for the poles, allowing the tent to automatically set up in just 90 seconds.

That’s right, no more setting up poles and arranging everything manually. Instead, all you need to do is press a switch to get the air tubes to start filling up with air. You do have to do some tidying up inside to get everything in order, but other than that, all you have to do is wait. Thanks to the air poles, it tidies up just as conveniently, too – just flip the switch the other way and the darn thing deflates, making the process of packing down just as easy. 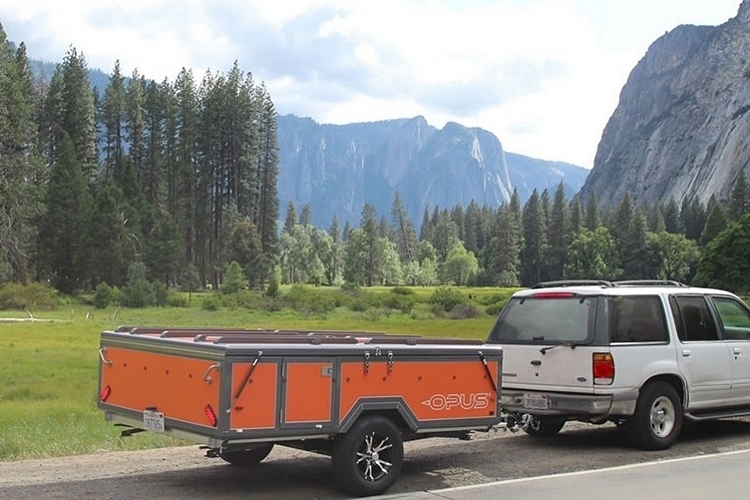 The Air Opus is, basically, a box with two wheels in a size that’s ideal for towing behind most any vehicle. Like other Opus models, the tent is stored in the box, along with any gear you can cram inside it, with the top lid serving as a place to strap down kayaks, bicycles, and other large objects. The integrated tent is large, too, with two bedroom areas, a stainless steel sink with glass lid, a two-burner gas job, a work surface, integrated seats, a detachable table, a storage locker, and an optional awning that also uses air poles. 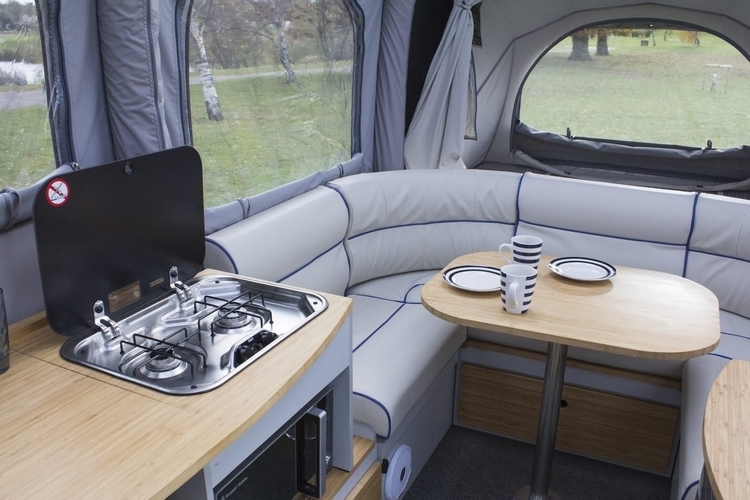 No pricing yet, but the Air Opus will debut in April.