Aircruise: The Luxury Aircraft Of The Future? 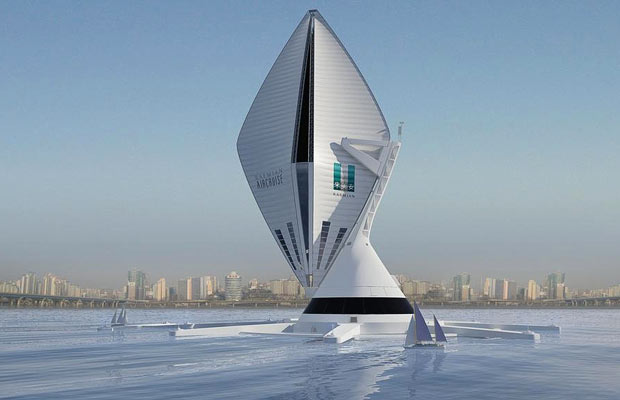 Electric cars are slowly etching themselves as the future of land transportation.  For flight vehicles, however, there’s barely a glimmer of any future standard yet.  Design company Seymourpowell thinks they have the answer with the Aircruise, a giant airship powered by natural energy.

An airship may sound like a step back in technological development, but it does make perfect sense.  We’ve been conducting air-powered flights long before engined planes and it might be time we explored how we can take that medium to the next level. 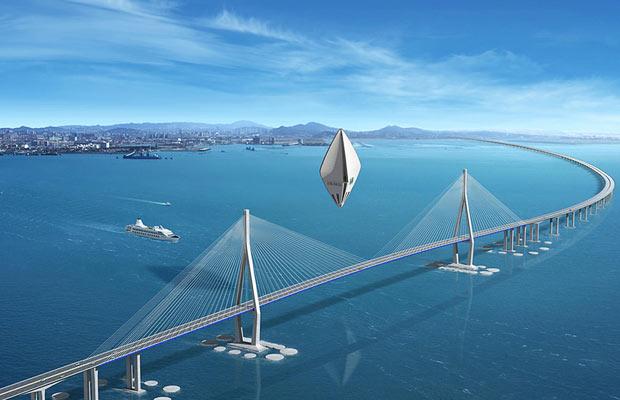 The Aircruise design was originally dreamed up as a concept luxury hotel in the sky.  After it captured the imagination of Korean giant Samsung Construction and Trading, they modified it for use as an alternative platform for future transportation.  The new design visualizes an airborne vehicle that’s 265 meters tall and is capable of lifting up to 396 tons of weight.  Hydrogen will be used to lift the ship, which will pack 330,000 cubic meters of the gas.

Like all airships, though, the proposed design will fly slow.  Cruising speed, barring complications, will be between 100 to 150 kph, going from London to New York in 37 hours and L.A. to Shanghai in 90.   Who the hell would want to be in flight that long?

Seymourpowell thinks a lot of people will, since everything inside will be made to offer a luxury experience.   The concept dreams up a full range of amenities, including penthouse apartments and recreational facilities inside the vertical balloon.  Basically, you give up the hassles of space-constrained airline travel in exchange for considerably more travel time.  Just like an ocean cruise on air…hmmm…I could be persuaded.

Seung Min Kim of Samsung C&T says the company is “keen to extend this vision of the future by searching for solutions that can be realised by 2015.”  Well, I don’t know whether we’ll see even a glimmer of this that soon, but I’m definitely watching.