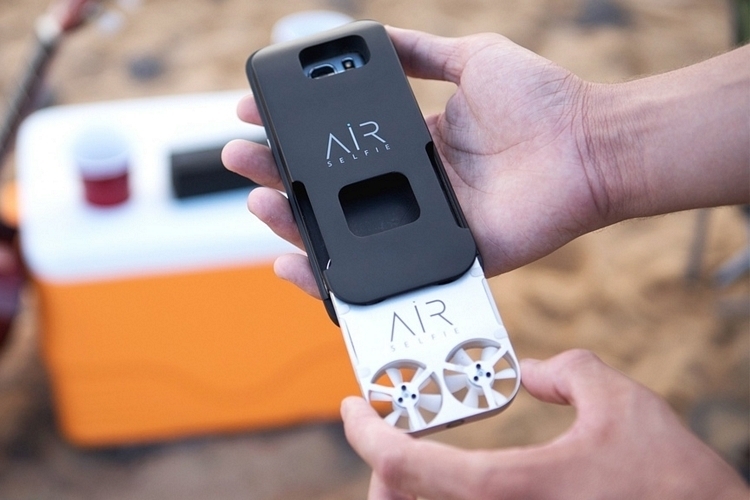 It’s not the first small drone dedicated to shooting nothing but selfies. The AirSelfie, though, is designed to stow away right on the back of your phone, allowing you to stash it in the exact same pocket as your trusted mobile device.

No, the drone won’t magically attach to the back of your phone. Instead, it comes with a phone case that has an extra slot sized to fit the drone, as well as an extra battery that automatically charges the drone when it’s docked inside. Granted, the case and drone combo, essentially, doubles your phone’s thickness, so you’ll end up with some excess bulge trying to burst out of your pocket. 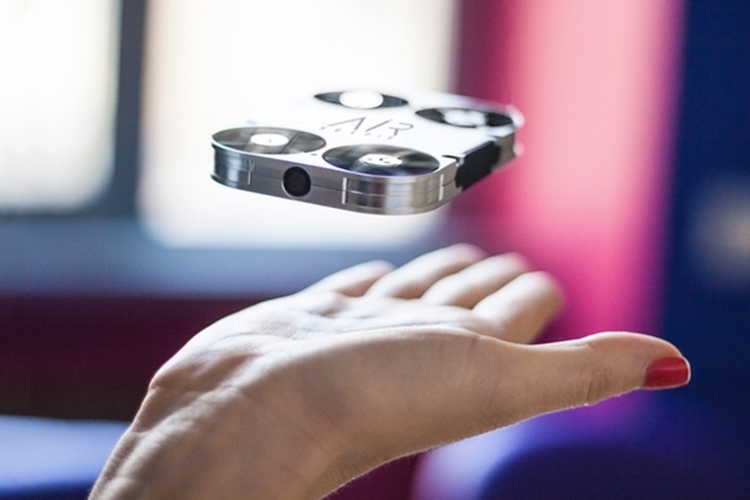 The AirSelfie measures 3.7 x 2.7 x 0.4 inches (length x width x depth), so it’s around the same dimensions as older, smaller smartphones. Rotors on each corner allow it to soar in the air, with a 5 megapixel camera on the nose letting you snap photos and capture video footage. It comes with three flight modes, all available from the app: selfie (where you only fly the drone forwards and backwards), selfie motion control (where you get a full virtual joystick), and flying (where you get to pilot it like any conventional drone). 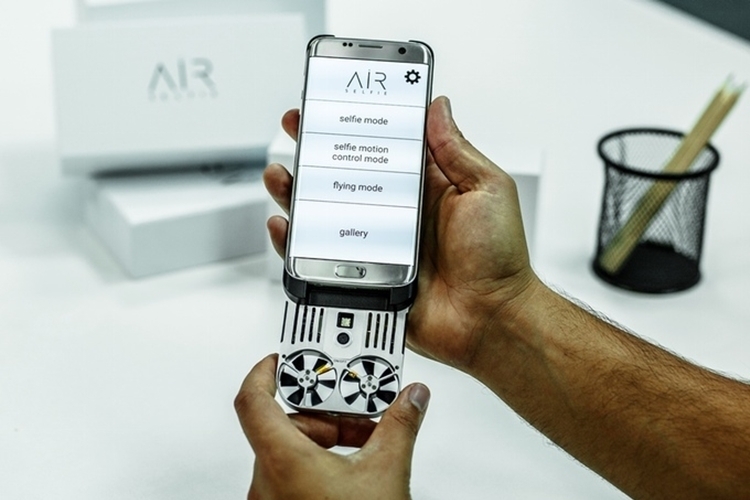 Features include built-in Wi-Fi for streaming media to your phone, a brushless motor, an SD card slot (with 4GB built in), and an integrated 240mAh battery. Since it comes with a case, the drone is only compatible with the Samsung S7 Edge, iPhone 6, and iPhone 7.

A Kickstarter campaign is currently running for AirSelfie. Pledges to reserve a unit starts at €179.