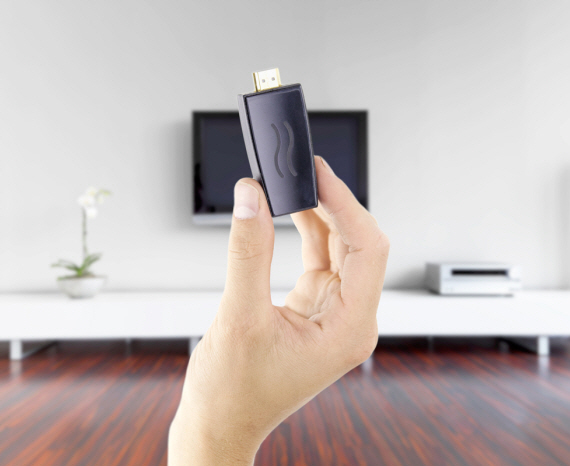 I’m a huge fan of Google’s Chromecast. It’s cheap, it works, and it seriously cuts down on the drain on whichever gadget you’re streaming from.  And while AirTame compares itself to Chromecast, along with similar solutions like Apple TV, we have a feeling people will be interested in it for far beyond the entertainment applications.

A wireless HDMI dongle,  AirTame basically turns any HDMI-equipped display panel into a second computer monitor that can display content over WiFi.   It boasts no lag time and a literal plug-and-play setup that makes it a very attractive option for extending your desktop’s reach.  Windows, Macs and Linux are all supported, too, with no transmitters necessary since it will use the existing WiFi network for streaming data. 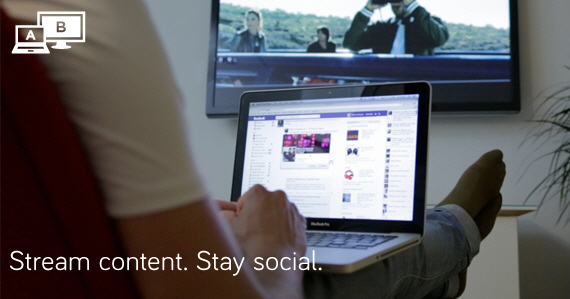 Sure, we get the Chromecast and Apple TV comparisons because you can use it to turn the TV into a wireless second monitor for watching movies and clips you’d otherwise just see on a computer display.  And that’s a sweet thing.  The real benefit, though, is being able to use any HDMI-equipped display (including TVs, projectors, and even other laptops) around the house as an extended desktop.

Want to show your sister a must-see, life-or-death clip of a pesteringly-cute cat on YouTube, but she’s watching one of the housewives show in the basement TV?  Send her a text to change to the HDMI input and stream the clip over instead.   Want to monitor your 12 year old’s computer habits?  Plug an AirTame on your laptop, set his up to duplicate the display onto your system, and you’ve got an admittedly invasive but undoubtedly effective way to monitor what he’s doing on Facebook full time.  When sending the stream to a second computer, by the way, it appears as a window with the receiving computer restricted to view-only mode, so no chance you will accidentally hit anything that will clue your unsuspecting son to what’s going on.

The bummer?  No Android or iOS support, so it only works with actual computers for now.  AirTame is currently collecting funds for a production run on Indiegogo.  Pledges to reserve a unit starts at $89.