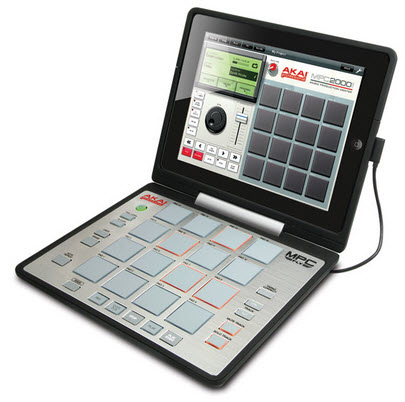 Akai’s series of MPCs are among the most popular sampler/sequencer rigs in the business.  Soon, you can turn your Apple tablet into one with the Akai MPC Fly, an iPad case with built-in control pads for sampling, recording, mixing and producing kickass music on the go.

While producing tracks on the iPad has always been possible with the selection of software on the App Store, Akai’s setup seems to make it more professional than ever.  The hardware comes with an MPC Fly app by Retronyms, which gives you a four-track mixer, a built-in sound library of samples and drum kits, 16 levels of sample playback, built-in effects and support for a variety of online services.  It’s also compatible with any Core MIDI app on iOS. 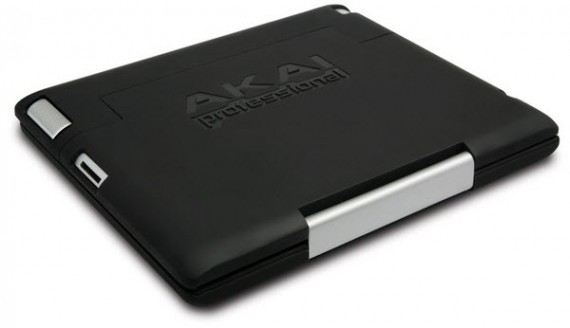 The Akai MPC Fly is a clamshell-style iPad case measuring 9.7 x 8 x 1.2 inches and weighing 2 lbs.  A compartment for the tablet sits on one flap, with the set of controls (which include 16 backlit pads similar to those from real MPCs and several buttons) laid out on the other side.  The double-hinged case can be used upright like a laptop or opened flat, then folded shut for easy portability.

The hardware controls are only compatible with the iPad 2, so those sticking to first-gen slates will have to make do with just the app.  It comes with an internal rechargeable battery that charges via a wall outlet.

No pricing has been announced, but the Akai MPC Fly is slated to hit markets in the middle of the year.