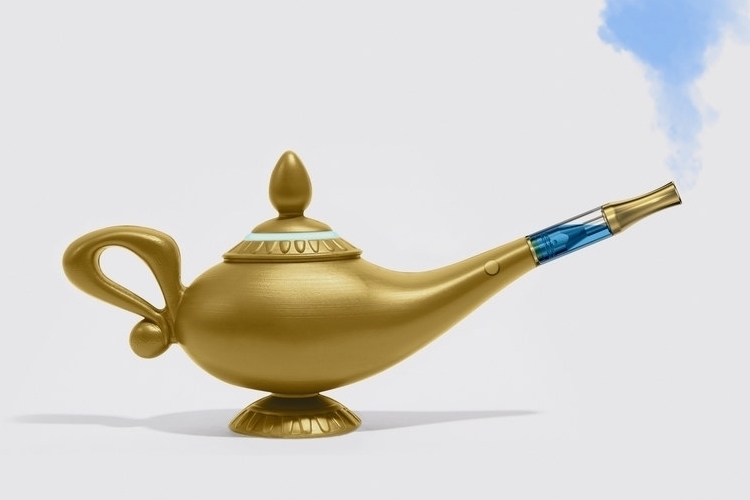 Most vapes are designed for maximum portability, so you can drop them in a pocket and pull them out quickly whenever you need a quick puff. It makes sense. Not the case with Aladdin’s Lamp E-Cigarette, though, which drops the portability in favor of maximum absurdity.

Clad in the likeness of Aladdin’s magical oil lamp, the contraption lets you suck in vapor right out of the snout where the Genie escapes after you rub the lamp enough times. Will you be inhaling a Genie as you do so? We don’t know. We can pretend, though, so every time you vape, you get to accompany each exhale with three wonderful wishes. 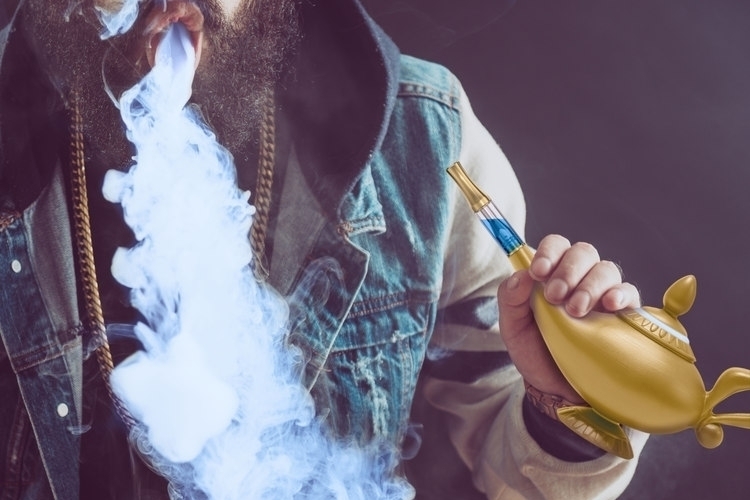 Aladdin’s Lamp E-Cigarette recreates the magical oil lamp as it’s described in the classic folk tale, with its golden shell, Middle Eastern aesthetic, and general antiquated styling. No, it’s not real gold and the Arabic detailing is far from being as ornate as a lamp with its grandiose powers and significance should appear, but you can tell what it’s supposed to represent as soon as you see it the first time. You know, like a bargain bin version of what’s supposed to be Aladdin’s magic lamp. We know, a bargain bin lamp isn’t the kind of thing that will be fit for a prince of Aladdin’s stature, but, let’s be honest, you’re the one using this and you’re not that kind of prince, either, so it’s only fair play.

Because of its conspicuous appearance, this vape is impossible to ever use discreetly, so you’re going to be inhaling and blowing vapor while carrying a ridiculous lamp from an Arabic folk tale the entire time. If you’re feeling a little embarrassed, you can, of course, wrap it in a flying carpet, so you’re, at least, vaping a rolled-up rug instead of that kettle-looking thing you saw in that one Disney animated movie. 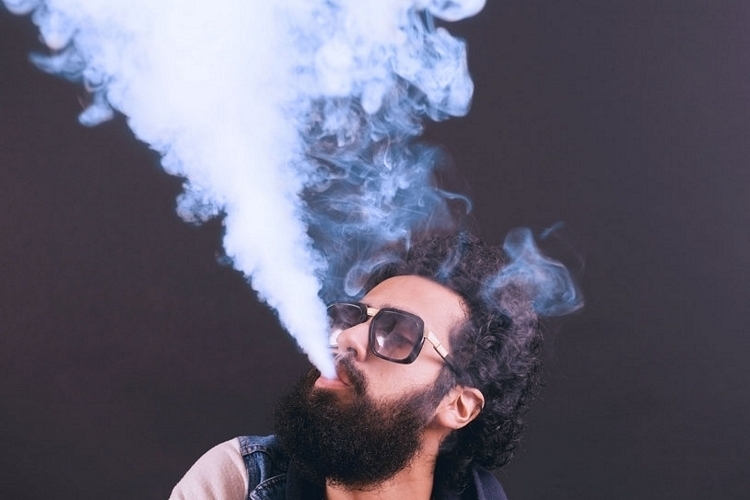 Since there’s no real Genie that can grant you three wishes, Aladdin’s Lamp E-Cigarette is filled with vape juice, instead. Specifically, it comes with three flavors named after characters from the folk story, namely Jasmin, Sultan, and Jafar. According to the outfit, Jasmin is a light and floral flavor; Sultan is sweet and full-bodied; and Jafar has a citrusy chocolate flavor. Because of its bigger than usual size, the vape is able to get all three magical flavors preloaded, much like the original lamp gave its possessor three magical wishes. Instead of giving it a rub, though, there’s a button on the neck that you press when you want to release the Genie, as well as light indicator to let you know when the onboard battery needs a recharge.

To help give the vape an extra magical feeling, the darn thing produces a blue smoke, so it feels like a Genie is about to pop out of there, instead of the darn thing being just another boring vape that puts out white clouds of vapor. Sadly, no matter how sensuously you rub the lamp, it will not invoke a giant mythical version of Will Smith.