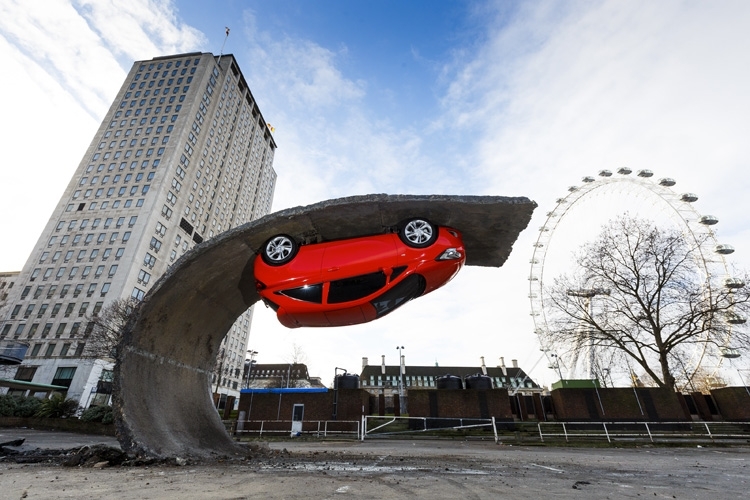 Imagine someone glued the tires of your car right on the parking lot ground. Then, imagine the Hulk came and decided he will be entertained by peeling the concrete from under your car, then dragging on it until your car turns turtle. Except, your car doesn’t, because someone glued it earlier. Well, that’s exactly what “Pick Yourself Up and Pull Yourself Together,” a new outdoor art installation, looks like.

Made by Alex Chinneck for Vauxhall Motors, the sculpture suspends a new Vauxhall Corsa in the air, attached to a patch of road curving upwards in a half-loop. It’s an amusing sight, to say the least, and will likely make its way on several YouTube videos of teenagers pretending that they’re using telekinesis to carve a road like a telekinetic mutant or something. 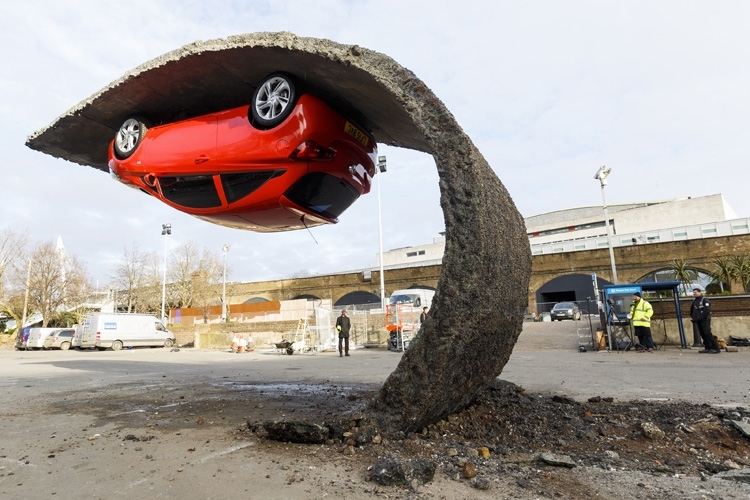 In the piece, a 49-foot long patch of road is shown effortlessly curling like a flexible twig, with the car suspended 15 feet above the ground. We don’t know if the car is fully intact or if he took out everything under the hood and in the cabin to save some weight, but, man, it’s still pretty amazing either way. Explaining the work, the artist says, he enjoys “introducing fictional narratives into familiar scenarios,” hence the decision to park a car on a patch of road that’s been peeled off the ground. Probably by the Hulk. 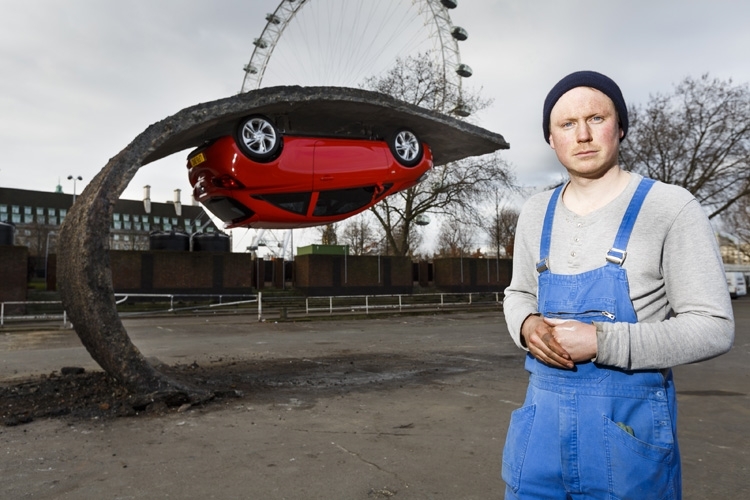 “Pick Yourself Up and Pull Yourself Together” is currently installed in London’s Southbank Centre Car Park, where it will run until Wednesday this week.