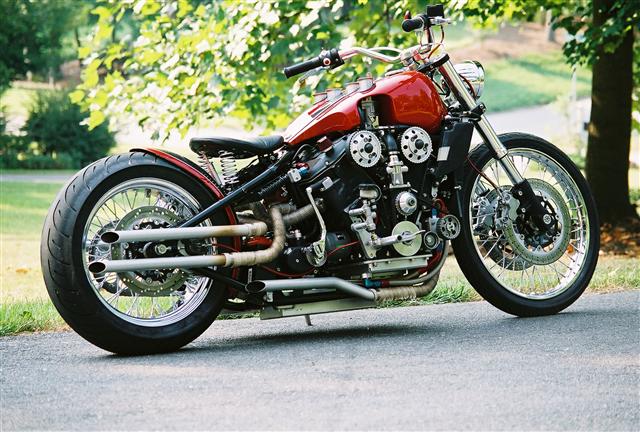 What do you get when you pair up the head of a pig with the body of a Mini Pinscher?  I have no idea.  I do know what you’ll get when you squeeze in the V6 engine of an Alfa Romeo into a hardtail motorcycle frame, though: the Alfabeast. 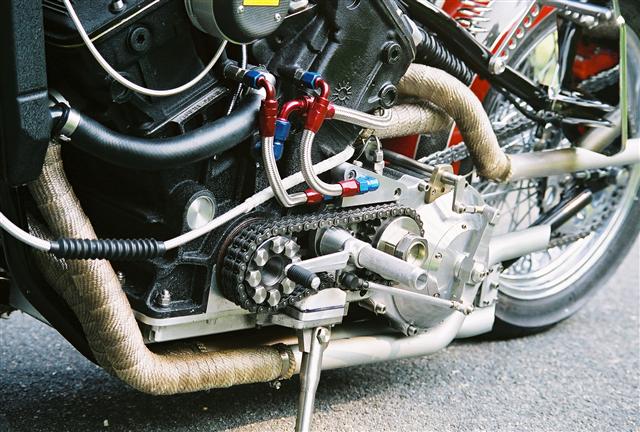 The result is the Alfabeast, which uses an aftermarket Kraft Tech hardtail for the frame where all the Frankenstein parts have been screwed in.  Contrary to how much of a mess combining all those parts sound, the end product is actually a visually-striking, albeit scary, bundle of crossbreeding.  With the 2.5-liter V6 putting out 156hp, it’s also likely to sound very intimidating when kickstarted to life – even from a block away.

Naturally, the Frankensteined parts have been refreshed a bit.  Engine has been rebuilt with new rings and bearings; the transmission has new shafts, gears and bearings.  Other bike details include a cooling system with a thermostatic switch fan, stacked BSA triple ignition and a requirement for anyone driving it to be mentally insane.  Okay, maybe just a little.

You might want to take a look at Crossbreed’s other creations too, such as the Maserati V6 and the Desmohog (Harley engine with Ducati 900SS desmodromic heads).  Link to Crossbreed Cycles site below.