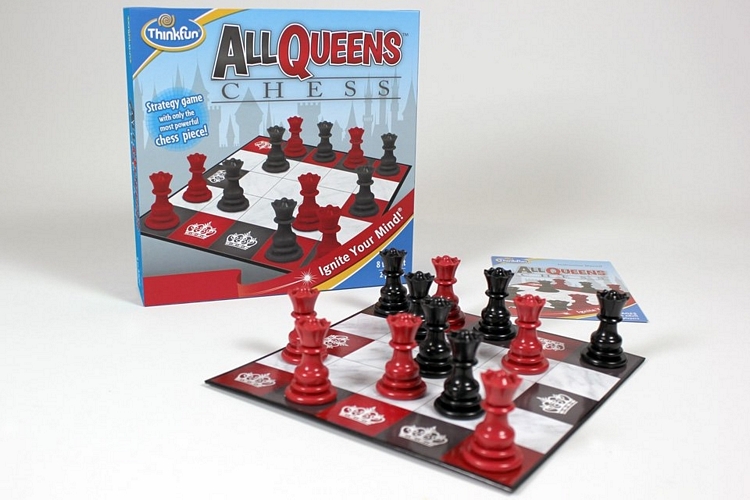 A two-player tabletop game, this simpler twist on chess has you playing a much smaller board with nothing but Queen pieces that can move in any direction they please. Instead of capturing your opponent’s King piece (which doesn’t exist), the goal is to simply line up enough Queen pieces together. You know, like tic-tac-toe, but without the seemingly endless draws, as the game can keep going on-and-on until somebody wins. 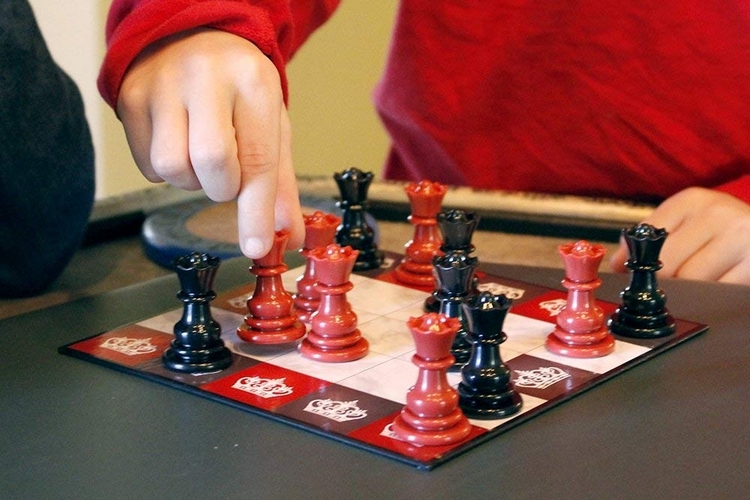 The All Queens Chess uses a board with a 5×5 grid that you play on using six black Queen pieces and six red Queen pieces. Black and red squares on the board indicate the starting position for each piece (no two squares of the same color are ever next to each other), so you just put the red pieces on the red squares and the black pieces on the black squares. From there, you just take turns moving whichever piece you want using standard chess rules (but captures are prohibited), with the winner being whoever gets to line up four of their Queen pieces first. 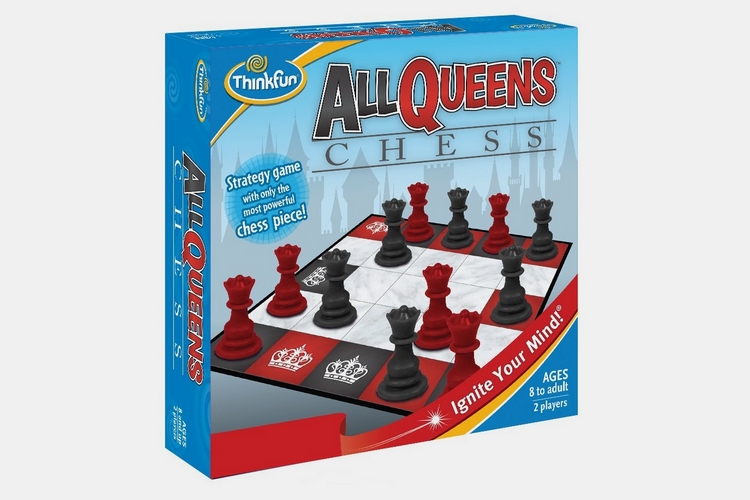 If you’ve ever played a game called Ducks in a Row, then you probably recognize the mechanics. It is the exact same game, after all, except all the duck pieces have been replaced with Queen pieces from chess. According to Think Fun, which makes the game, they did it to make the game more approachable, since most people already know how chess pieces move, requiring them to just learn the even simpler four-in-a-row mechanic.

The All Queens Chess is available now.