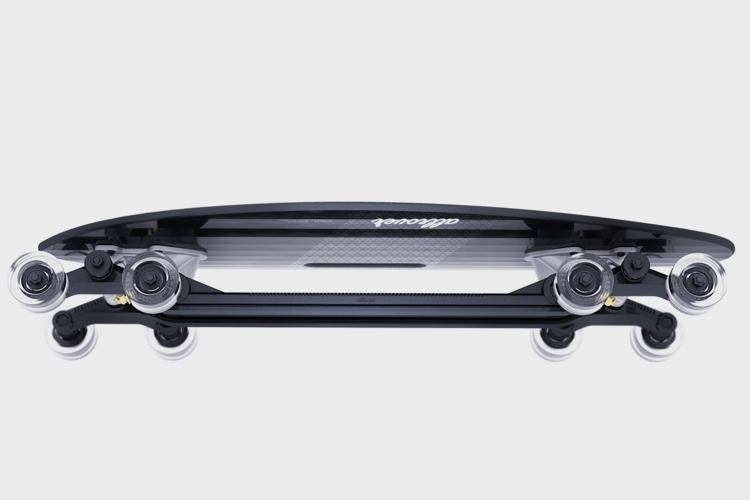 Like all longboards, the All Rover Stair Rover is an ideal skateboard for cruising your way around town. Unlike them, it’s designed to absorb significant impact from rough surfaces, allowing you to ride it comfortably down a flight of stairs and other previously inaccessible urban terrains.

Sporting V-frame arms with integrated shock absorbers, the skateboard allows each of its eight wheels (yes, eight) to bounce up and down independently, conforming to the exact position the terrain requires. All Rover describes the motion as a “crab-like scuttle,” which may sound clunky, but actually leads to a smooth ride down a tall flight of stairs, all while allowing it to perform like a regular longboard on streets and paved surfaces. 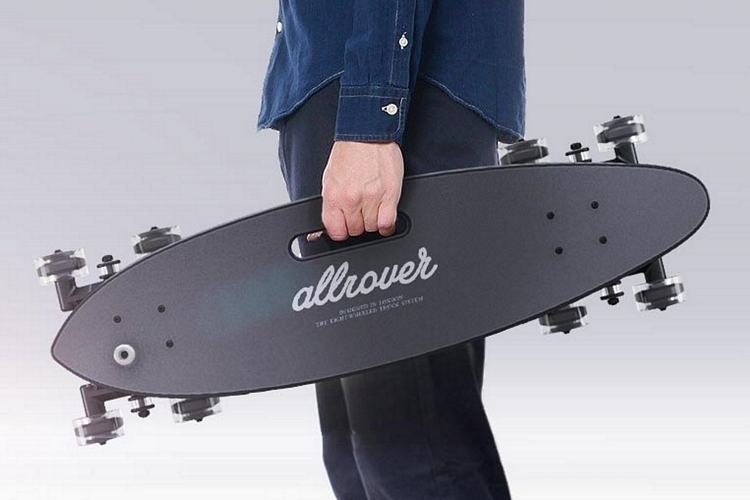 The All Rover Stair Rover has a 31-inch maple ply deck that looks normal enough when viewed from the top. Peek underneath, though, and the difference gets more pronounced, with four more wheels than usual and the outfit’s patented V-frame facility hooked up to the trucks. This facility claims to handle loads of over 2,000 pounds, ensuring it can support most anything you throw its way, with custom 50-degree aluminum trucks allowing it handle sharp turns better than standard longboards. 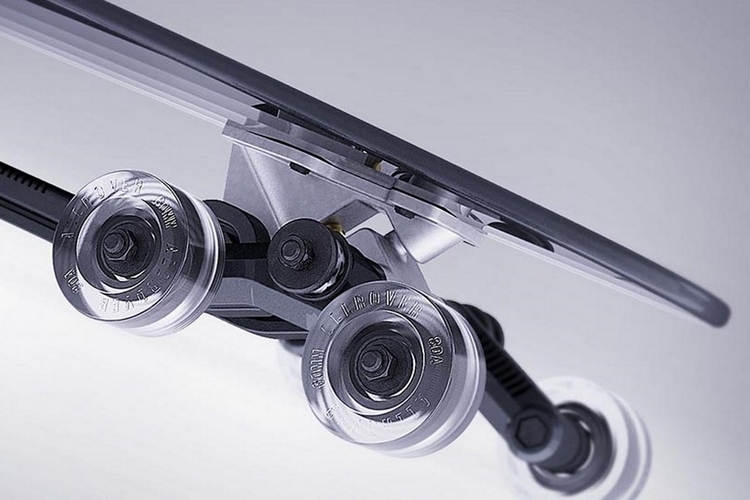 Features include an engineered thermoplastic chassis, 60mm super high rebound wheels, a flexible gliding keel, a machined foot stop out front, and a carry handle cut into the board for convenient handling. It weighs 9 pounds.

Available now, the All Rover Stair Rover Longboard is priced at $250.