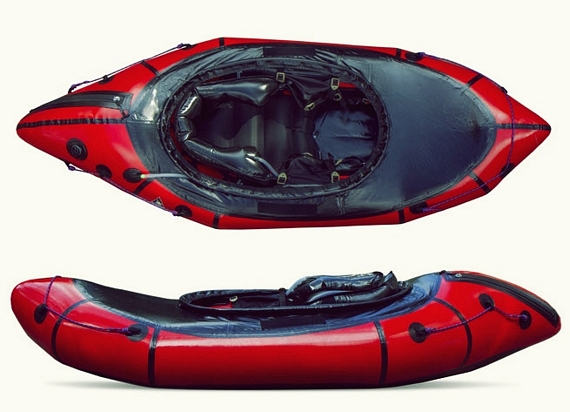 You bought a GoPro because everybody was buying one.  Except now that you have it, you’re not actually sure what you’re going to use it for.  Yeah, it’s time you pick up an adventure sport to go with your GoPro purchase.  If you want to film yourself doing dangerous, action-packed , borderline-stupid things, we guess you can do worse than whitewater rafting.  And if you’re going to do that, might as well go all in and take up packrafting.  Oh yeah, it will probably be more awesome if you go packrafting with the Alpackalypse.

We’re just kidding, of course.  Just get a kick scooter (or a bike or a drone) and mount the GoPro on there.  If you bought a GoPro and have advanced boating skills, on the other hand, then this new raft from Alpacka could probably be right in your wheelhouse. 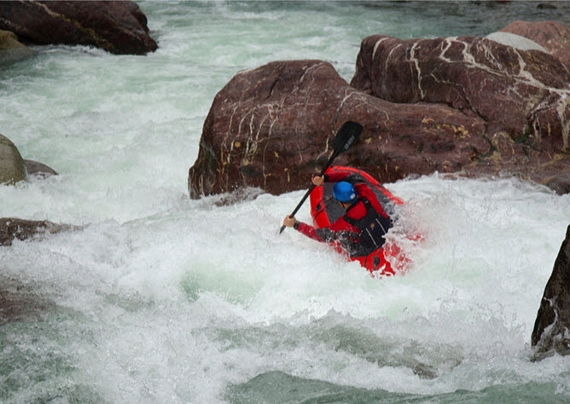 Described as “the most advanced” whitewater-capable packraft ever designed, the Alpackalypse is “significantly quicker and more maneuverable” than regular packrafts in the market.  In fact, they make it clear that this isn’t a “standard packraft” like regular whitewater rafters are used to.  While the advanced design (which includes smaller tubes that allow more internal room and create a defined side edge) improves both acceleration and maneuvering, it also causes the raft to be laterally more unstable, so it’s aimed more at skilled boaters rather than less-experienced enthusiasts. 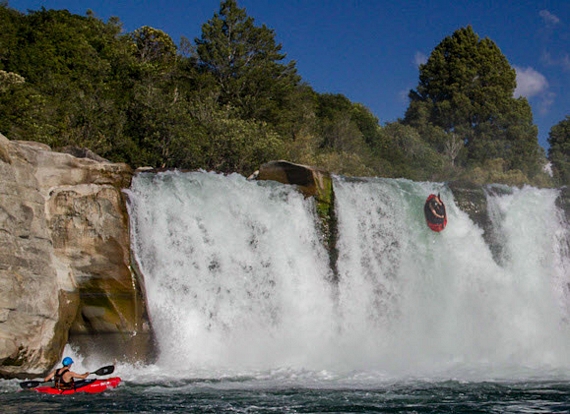 Aside from the new tubes, the rigging gets a foot brace, heavy-duty seat, knee cups, back band, and inflatable hip pads for improved control, along with 400-denier Vectran fabric construction for greater stiffness and durability.  It also boasts a Cargo-Fly system that allows you to stow gear inside the tubes, so the bow is free of any objects that can get in the way of your death-defying runs down the water.  Each boat is built to order, depending on your build and frame.

Available for preorder now, the Alpackalypse retails for $1,900.