Altec Lansing InMotion Air Streams Tunes From Up To 300 Feet 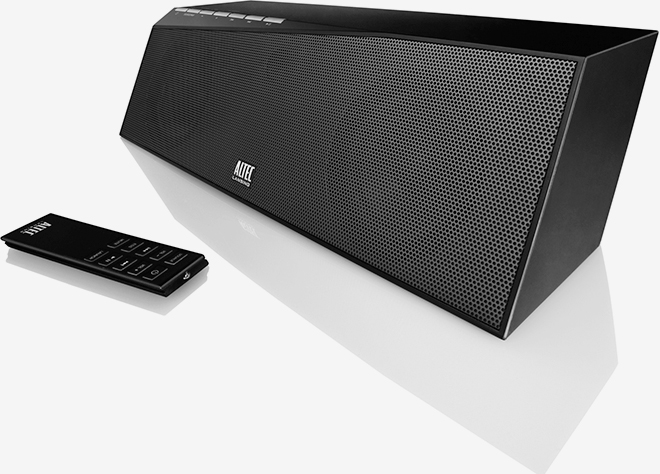 When you live in a large mansion with lots of space, streaming music from the computer in the bedroom to the cabin workshop along the edge of your property can prove problematic.  Unless you’ve got the Altec Lansing InMotion Air, a sleek modern boombox that can pull tunes from your computer sitting at up to 300 feet.

Using a bundled adapter hooked up to your computer, it will stream songs in your music library to the farthest reaches of your abode. The playlist won’t be out of your control, either — an included remote control lets you navigate all the shared libraries in both iTunes and Windows Media Player, as well as internet radio stations. 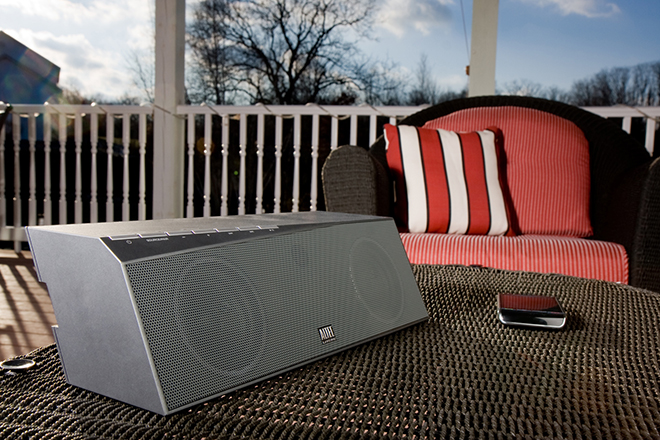 The Altec Lansing InMotion Air is a sexy piece of audio gear made up of a slim wedge box with the grill in front, silvery buttons on top and a handle built into the back.  It weighs just over a pound, making the whole process of carrying stereo speakers everywhere in the house a convenient affair.

The wireless adapter will come with stereo outputs, allowing you to plug your desktop speakers to avoid constantly switching connections.  In case you have a smartphone or some other mobile gadget in your person, you can also skip the remote streaming and send tunes over Bluetooth.  According to the company, they compensate for the normally sub-par quality of music over Bluetooth using a new codec they developed called apt-X.

Set for availability in February, the Altec Lansing InMotion Air will come in two colors: matte black and gunmetal gray.  Price is $199.95.