Alternative Alarm Clock Lets You Customize How You Wake Up 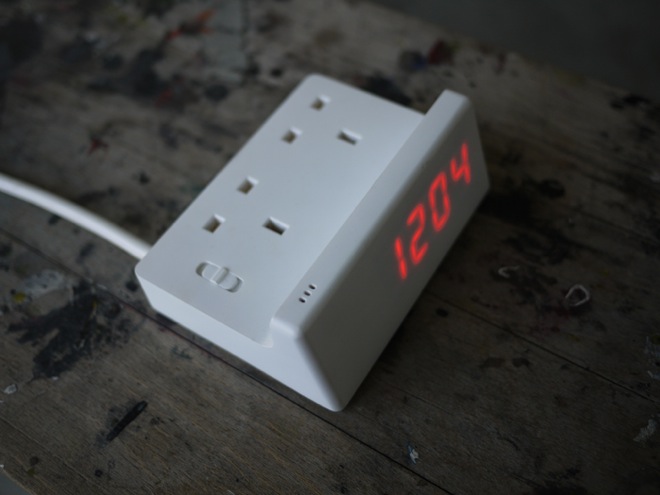 Alarm clocks usually wake you up with a loud noise.  Others use a gentler approach, like playing the local radio station or a song you picked out from your iTunes library.   The Alternative Alarm Clock, on the other hand, lets you customize exactly how you will be woken up with literally limitless possibilities.

A very elegant concept gadget from Kihyun Kim, it’s actually a power strip with two outlets and an integrated digital clock.  The electronics are set up such that power will only flow through the outlets once it’s the designated alarm time.  As such, you can plug in whatever gadget, toy or appliance you want to automatically power up first thing in the morning.

Want blaring music to rouse you from slumber?  Plug a radio on one of the Alternative Alarm Clock’s outlets, find a heavy metal station, keep it turned on and have it blasting loud guitars when the alarm is triggered.  Oh yeah, throw the coffeemaker on there, too, so the thing starts percolating right as you return from deep sleep.

The possibilities are endless.  The easiest way to wake me up, for instance, is to douse water in my face, so I’m thinking I can plug a toy car in there to move on cue, smacking onto the filled plastic cup by the side table and falling right on my head.  Of course, if I accidentally knock the cup while I’m sleeping and water seeps into the outlets, I could be waking up to a different thing entirely.  But, hey, we all need a little danger in our lives, don’t we?

Sadly, the Alternative Alarm Clock is only a concept for now.  It’s a downright clever idea, though — one I wouldn’t mind buying if ever one became available.