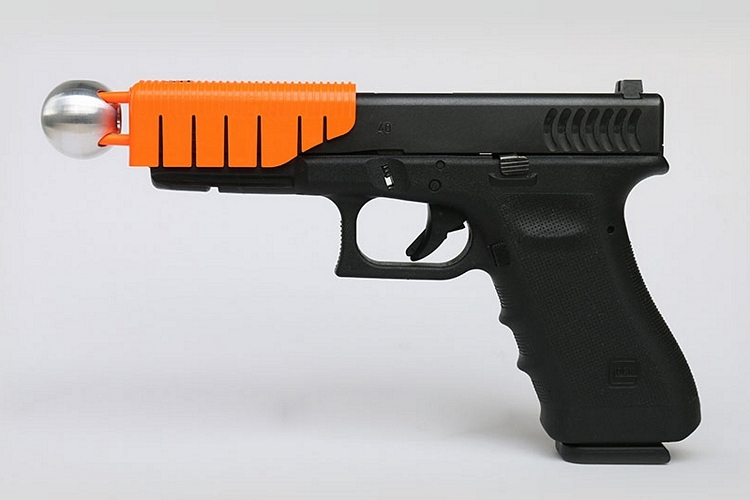 We’re no law enforcers around here, but we imagine even the most bad-ass cops would rather incapacitate a suspect than straight-up murk them during an encounter. Sure, you can aim for a leg or shoot a weapon out of a suspect’s hands like in the movies, but in real life, officers are trained to shoot straight at the torso to maximize their chances of neutralizing the situation. “The Alternative” is a gun attachment that turns your first shot into a less-lethal round, giving you a chance to stop a suspect without lethal force.

Made by California-based Alternative Ballistics, the device clips onto the barrel of a handgun (sorry, Double Barrel Pistol owners — single barrel only) and puts a hollow metal sphere in front of the nozzle. When you fire a round, the bullet goes into the sphere, turning it into a projectile that can hurt targets without causing penetration. As soon as the sphere is used up, the docking clip automatically ejects from the gun, allowing you to use the weapon like normal, in case the suspect continues to fight back. 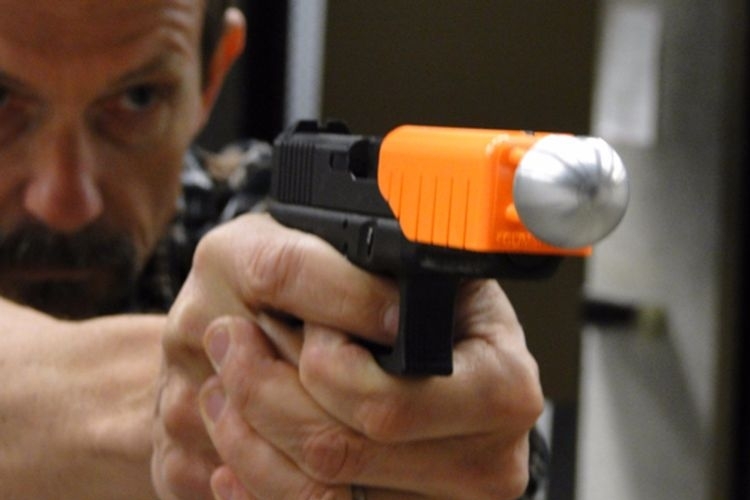 The Alternative turns a speeding bullet less-lethal by decreasing its velocity by 80 percent, with the sphere’s round shape absorbing kinetic energy across a wide surface to keep it from penetrating into flesh. Basically, it turns an erstwhile bullet into a sort-of beanbag round – except, probably more painful since it comes with a solid metal enclosure.   Both the dock and the metal sphere are designed to be kept on a belt pouch, where personnel can easily grab and install it using one hand. When equipped on a pistol, it’s designed to keep clear of both the pistol’s sights and the rails, so any accessories you like to use will not be affected. 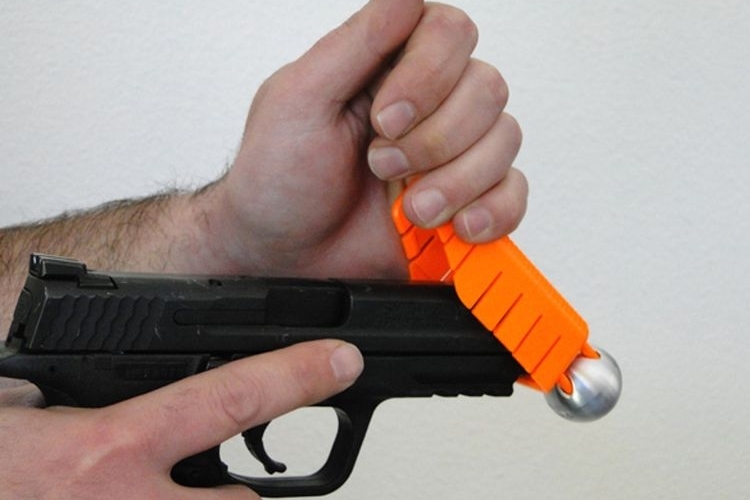 You can learn more about The Alternative from the official website.