Amazon Fire Phone: Everything You Need To Know 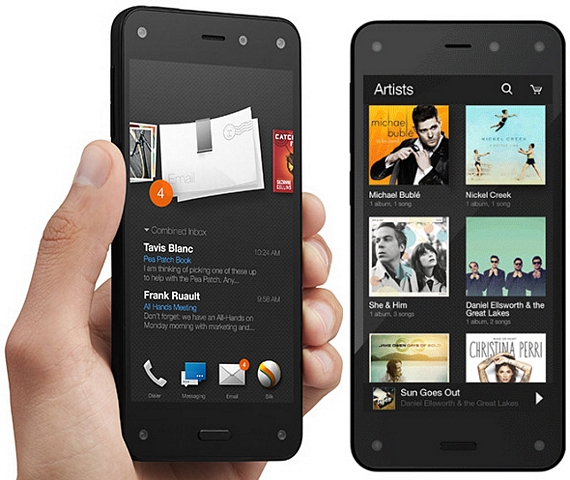 Amazon just announced their highly-anticipated smartphone.  Called the Fire Phone, it brings the same high-end hardware you will see under the hood of many premium phones on the market, but adds some innovative features you aren’t likely to find anywhere else.

On specs alone, it is comparable to the manufacturer flagships it will try to compete with: 4.7-inch 720p display, 13.0 megapixel rear  camera with f/2.0 lens, 2.2GHz quad-core Qualcomm processor, Adreno 330 graphics, 2GB of RAM, stereo speakers, the usual array of wireless connectivity options, and a battery rated at 22 hours of talk time.  Build is equally premium, with chamfered edges, aluminum buttons, and injection-molded connectors, among other design elements.   The camera even comes with optical image stabilization, which prompts Amazon to claim it will take better photos than either the iPhone 5S or the Samsung Galaxy S5, regardless of environment and lighting conditions.  It runs Amazon’s Fire OS 3.5, which is based on Google’s Android platform. 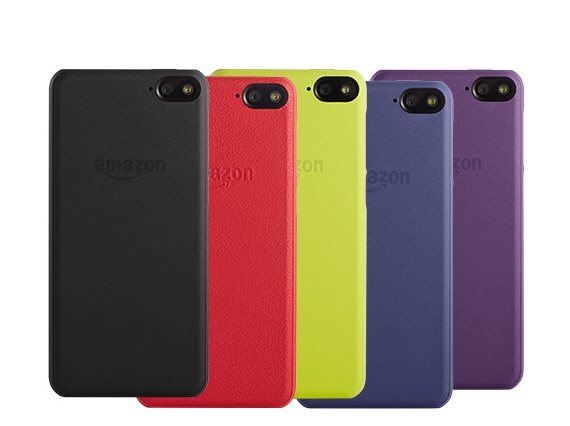 The big selling points for the Amazon Fire Phone, however, are the features unique to the device.  This includes “Dynamic Perspective,” a head-tracking tool facilitated by four front-facing cameras that changes what is displayed onscreen depending on how you’re looking at it (whether you move your head or your phone), allowing developers to create a 3D-like experience for users.  It’s integrated into plenty of preloaded apps (with more likely to come since there’s an SDK available), such as Maps (yes, a 3D Maps app), StubHub (you can see 90 degrees to the left and right of your seat), and certain games (in Lili, you can move your character’s head to look around obstacles and corners). 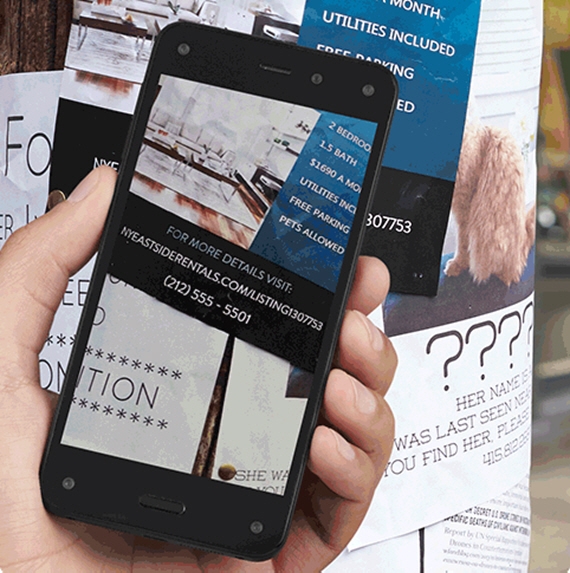 Another unique feature comes in the form of Firefly, a product identification system designed to make spending money on Amazon faster than ever.  Any time you see anything you like in the real world, such as a makeup on a magazine ad or a motorcycle coffee table book someone’s carrying on the train, you simply launch the app (it comes with a dedicated button) and snap a photo of the item.  Firefly will then identify it, either for you to save on queue or immediately purchase from Amazon.  It’s not just limited to real-world products, it can work with music and video tracks playing on the device, too, just like an all-encompassing version of Shazam.  Other notable features include Mayday (one-tap customer support), one free year of Amazon Prime, and unlimited cloud storage for photos.

The Amazon Fire Phone will be available July 22, priced at $199.99 on a two-year agreement with AT&T.