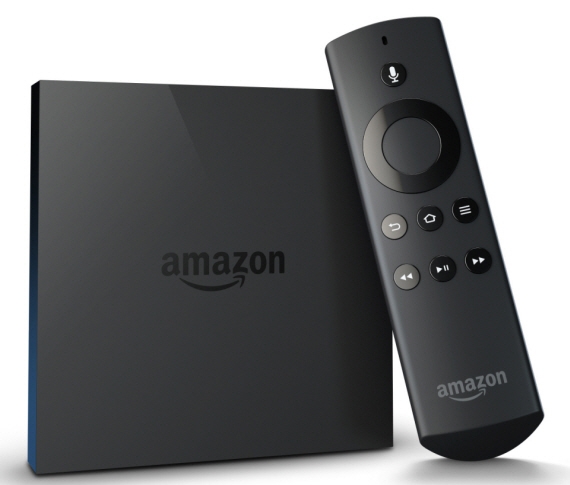 Between Chromecast, Roku, and Apple TV, among a host of other products, people have enough options in set-top media streamers to serve most needs and budgets.  Chances are, in fact, you already have one or more of the aforementioned big three.  Despite that, we can’t help but feel that the Amazon Fire TV, a new media streamer, can find a place in most people’s media cabinet all the same.

To make its case as your living room’s streaming gadget of choice, Amazon is focusing on three things it believes the others are doing wrong.  Specifically, they’re addressing the problems of slow apps, poor search experience, and a closed ecosystem, throwing in faster hardware, better software, and Android’s open platform. 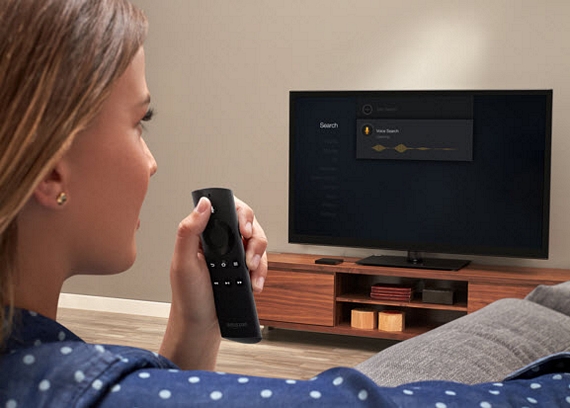 Clad in a slim black box case, the Amazon Fire TV boasts a quad-core processor, dedicated GPU, and 2GB of RAM, ensuring it packs all the muscle necessary to plow through any app the device intends to run.  It supports 1080p video and Dolby Digital Plus surround sound, as well as dual-band Mimo WiFi streaming.  A Bluetooth remote lined with a selection of buttons is included, along with a voice search feature that lets you bring up a list of specific movies, TV shows, and actors by simply speaking their name into the integrated mic.  Oh yeah, the inclusion of the mic even allows it to moonlight as a karaoke machine, ably extending the device’s entertainment features. 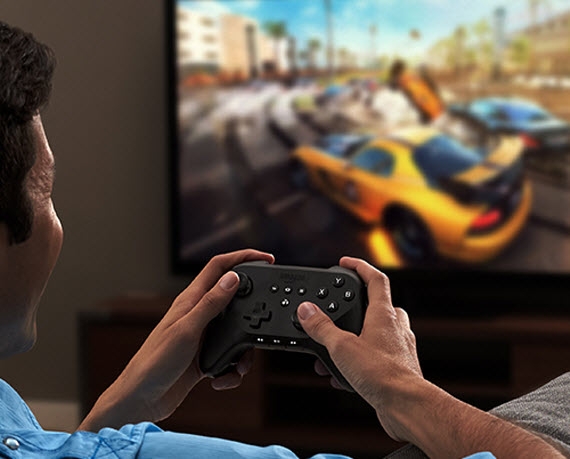 Out of the box, it works with Netflix, Hulu Plus, YouTube, Amazon Instant Video,  Pandora, and Vevo, among others (with HBO Go being the only big streaming service exclusion).  Since it’s running Android, it also plays games, with over a hundred titles on the horizon (including Minecraft Pocket Edition, NBA 2k14, and Monster University) and an optional game controller.

The Amazon Fire TV is available now, priced at $99.