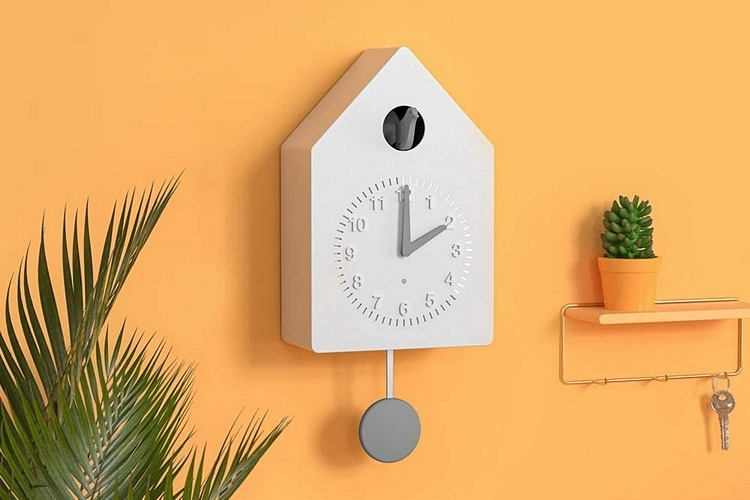 Yes, cuckoo clocks are far from the most contemporary piece of time telling device. Suffice to say, those ornate vintage aesthetics just don’t jive with many modern homes. But what if your cuckoo clock came with clean lines and a minimalist façade? And what if it was connected to Alexa, allowing you to control its functions by barking commands at an Echo speaker? Amazon is banking all that’s enough to make you want to pick up the Smart Cuckoo Clock.

That’s right, Amazon is making a cuckoo clock, with a swinging pendulum at the base, an analog watch face, and a bird figure popping out from a hole at the top. You know, just like those vintage German clocks of old. Except, of course, with a modern design that should fit better with contemporary aesthetics, as well as compatibility with the Alexa intelligent assistant. 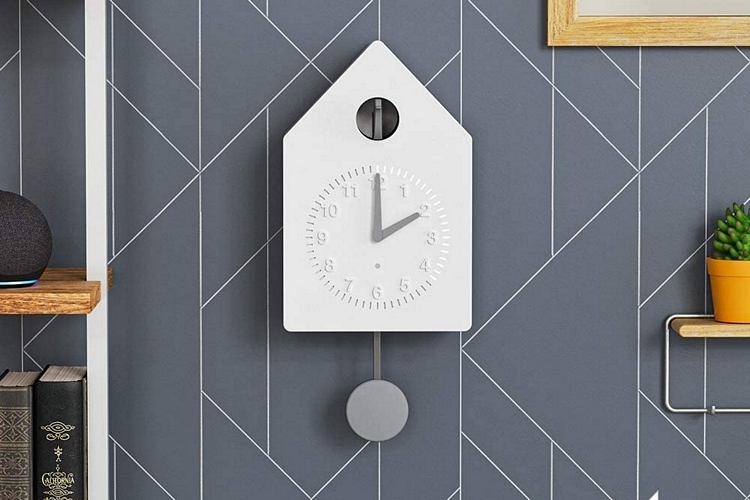 The Amazon Smart Cuckoo Clock comes in a simple five-sided shape that’s a marked departure from the ornate, complex aesthetics of vintage pendulum-regulated timekeepers. Unlike those traditional clocks, it’s not actually dependent on the pendulum to get its hour and minute hands moving, as it’s mostly to complete the cuckoo clock aesthetic. In fact, the pendulum can be removed without affecting the clock’s function, so you can take it out, in case you don’t have the empty space on the wall for a hanging disc swinging left and right.

The analog face has number indicators for the hours and line indicators for the minutes. Each minute indicator, by the way, has LED lighting in the back, which the clock uses to visually show a timer countdown. If you set a 20-minute timer, for instance, then it will light up 20 indicator lines, turning one LED off for every single minute that passes, making it easy to see how much time you’ve got left at a glance. 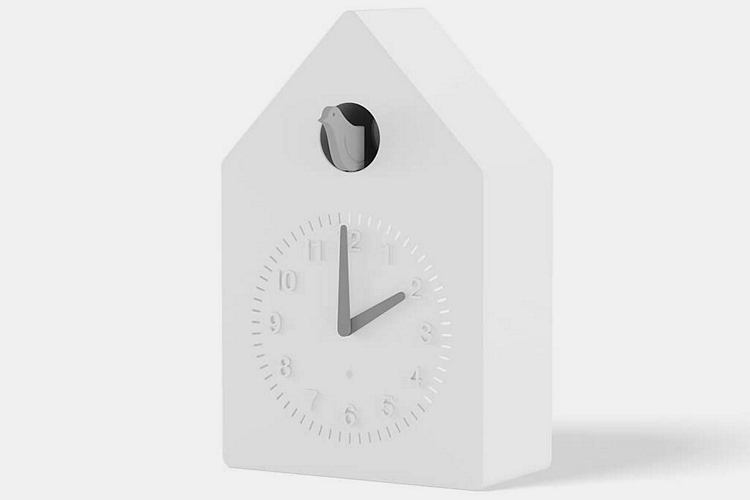 The Amazon Smart Cuckoo Clock doesn’t have Alexa (or a microphone) built-in, so you can’t actually bark commands at it and expect it to do your bidding. Instead, it requires being within Bluetooth range (30 feet) of a compatible device, which you will then use to control any of the clock’s functions. According to the outfit, you can set timers and alarms from the Echo, as well as adjust time as you need. You can also set the clock to automatically sync with the Echo, so it will automatically update the clock as needed, such as when your zone switches to daylight savings time. 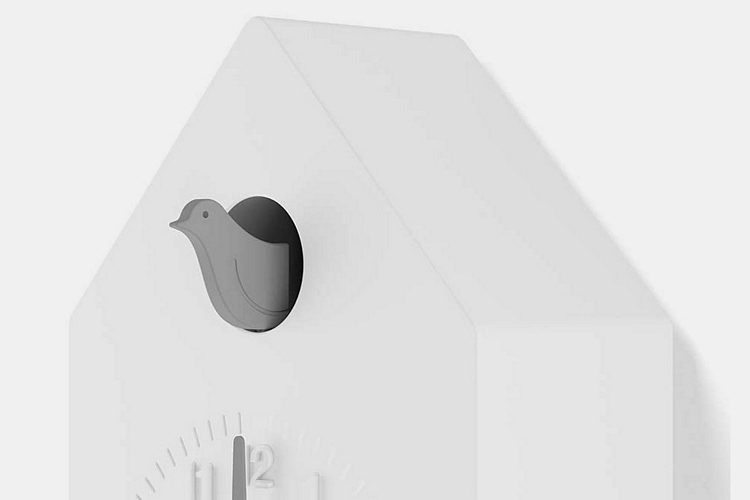 The clock has an embedded speaker, which you can set to play any of a variety of chimes and alarm sounds by simply issuing voice commands to Alexa.  And yes, the cuckoo bird should be popping out of the hole each time it plays one of those sounds. Dimensions are 11.2 x 7.3 x 3.5 inches (height x width x depth), so it’s easy enough to find space for on your walls, with the height increasing to 15.7 inches with the pendulum attached. It requires four C batteries to run.

The Amazon Smart Cuckoo Clock is part of Amazon’s Day 1 Editions crowdfunding program. You can preorder now, with shipping slated to happen between July and September.