Andi-One, A Universal Remote With… Android? 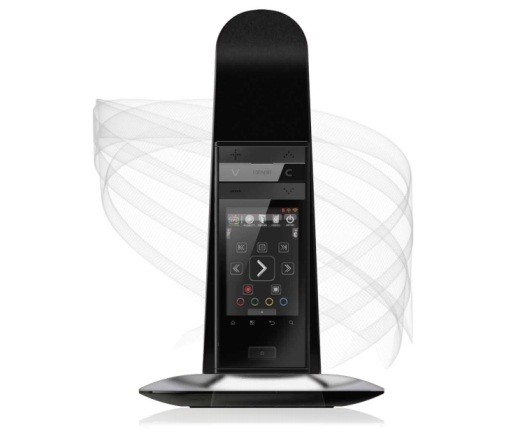 Android phones running universal remote apps aren’t new.  But a universal remote running Android?  The Andi-One is definitely an original — we’re just not quite sure whether that’s a good thing yet.

Made by Conspin, the device works like any universal remote with support for more than 10,000 electronic devices from 5,000 different manufacturers.  They also regularly update the database, too, so if you’re planning on getting new gear for your entertainment system as soon as it’s out, there’s likely no need to bother with having to program it.

The Andi-One is a stylish universal remote with an aluminum body measuring 65 X 159.4 X 15.5 mm.  As a remote, it packs all the usual features you can get from high-end devices in the category, with robust connectivity (RF, IR and WiFi), group functions and all those things you’re probably already familiar with.

Where it sets itself apart, though, is the inclusion of Android 2.1, which you can use through the onboard 3.5-inch touchscreen display (320 x 480 resolution).   It appears to be a full build (not some modified homebrew), so you can use it to run any app from the Market (yes, games, of course).  Heck, it can even act as a VOIP phone, which further blurs the gadget lines.

A cradle stand is included, which you can use to charge the remote’s onboard battery every 20 hours or so.  Oh yeah, the same stand has HDMI connectivity, so you can play movies on the remote for streaming to your TV.

Of course, if you already have an Android smartphone and, maybe, even an Android tablet, we’re not sure what upside the Andi-One gets you.  It’s available now, priced at $349.99.