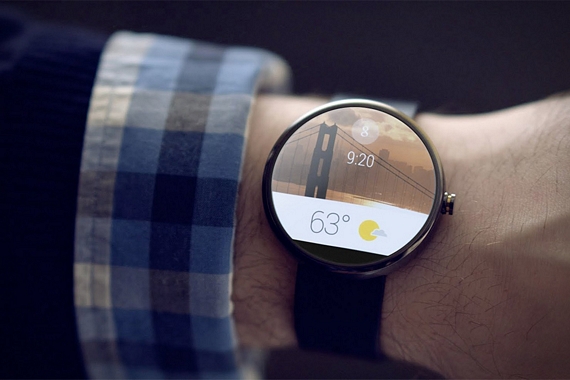 Just like they did with smartphones, Google won’t be getting into the smartwatch market by building their own wrist-gadget.  Instead, they’re choosing to focus on the software the wearables will run on with the freshly-announced Android Wear.

A modified version of Google’s mobile OS, it extends the power of Android into the growing world of smartwatches and wearables.  As with regular Android, it’s designed to run on hardware from different manufacturers, lowering the barrier to entry for any company looking to get into the wearable tech business.

From the looks of it, Android Wear is designed to work on standard LCDs rather than e-paper (hello, paltry battery life), with a control mechanism focused on touchscreen gestures and voice commands.  Like other smartwatches, the main function will revolve around notifications, allowing users to receive alerts and updates from the numerous apps and services running on your phone.  It also integrates fitness monitoring, playing nice with fitness apps to give you real-time data on runs and other physical activities, as well as remote control functions such as managing music playback on your phone and streaming to Chromecast.

My favorite, though, is the integration of Google Now, turning the watch into a veritable virtual assistant on your wrist.  Just pipe “Ok Google” to interact with the watch via voice command, instructing it to dig up information or perform any of the growing number of actions the software supports (e.g. book restaurant reservations, send a text message, show directions).

Upcoming Android Wear devices are expected to launch from LG, Motorola, Samsung, ASUS, and HTC, with more likely to follow soon as the platform further develops.