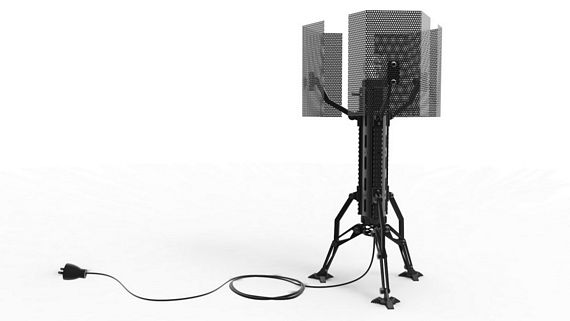 When the picatinny rail was first invented, we doubt they envisioned it ever being used for home furniture.  Let’s face it, though — it’s an awesome mounting system on top of being absolutely gnarly-looking.  And it looks madly on point when used in the Andromeda Tactical Lighting.

Made by Sketchy Design Studio, it’s a mililtary-inspired lamp that looks more like a battle robot than a lighting furniture.  Seriously, my iRobot 710 wants to challenge it to a robot duel now.  Sure, it looks more suited to a superhero headquarters or a GI Joe soldier’s bachelor pad than your grandma’s house, but it should play nicely with most modern home décor.  Okay, maybe it won’t… 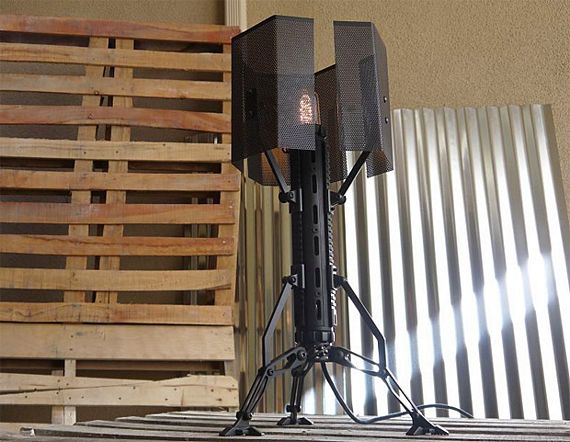 The Andromeda Tactical Lighting is a customizable three-legged lamp with a trio of picatinny rails along its body.  The lampshade is split into three panels held by separate jointed arms, each of which is installed on its own rail.  Each arm can be adjusted separately to hold each part of the shade at different angles, apart from allowing you to slide them across the length of the rail (you’ll need a screwdriver to fix it into place, though).  Oh yeah, those are standard tactical rails, too, so you can take off one of the shades then replace it with a bayonet, a scope or whatever other firearm accessory you have lying around at home to create an even more original piece. 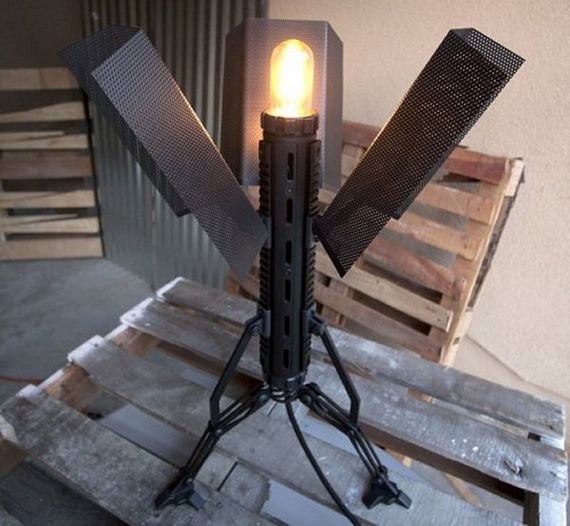 Construction is black anodized aluminum and composite grade nylon, so it should be as durable as it is badass-looking.  It comes with a filament bulb, but can be replaced with any bulb that uses the standard E-27 socket.  With the shades drawn up to their highest point, the entire lamp stands 30 inches tall.

Currently fully-funded on Kickstarter, the Andromeda Tactical Lighting is still accepting backers and pre-orders.  You can reserve yourself one for $279.