Andromium Turns Your Android Phone Into A Full-Fledged Desktop Computer 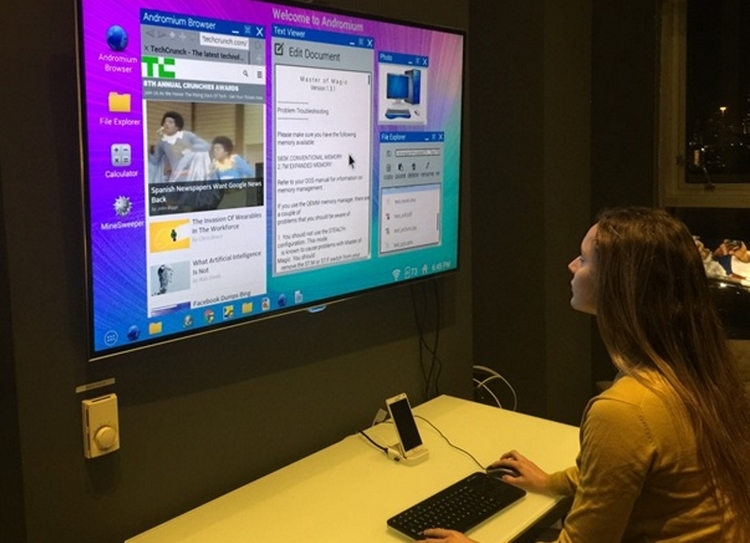 Sure, you can use Android on a desktop, but the experience is hardly the most ideal, considering it’s optimized for touch-based mobile devices. Andromium is a hardware and software system that wants to change that.

Designed to turn your Android phone into a full-fledged computer, it overhauls the UI into one that resembles a real desktop machine. Like your desktops with a taskbar? This has one. How about multiple windows on your screen at the same time? This does that. Prefer browsing websites in full desktop rendering? Use the system’s bundled browser and enjoy. 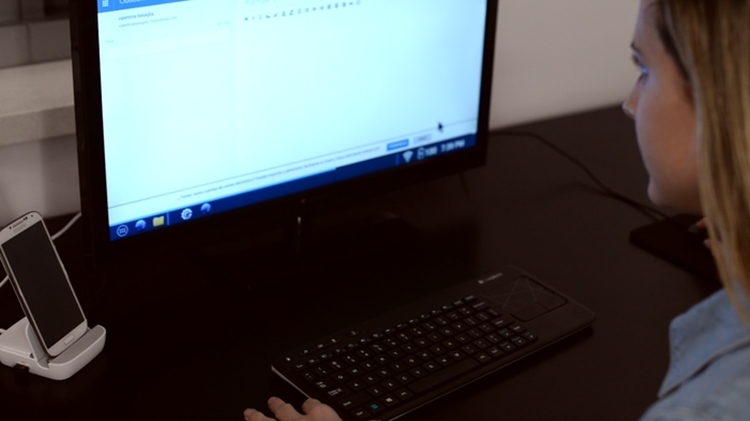 To use it, simply download the Andromium app into your phone (only 30 MB), attach it to the accompanying dock, hook the dock up to a desktop monitor via HDMI, and you’re done. You now have a desktop version of Android running all your favorite mobile apps on a large screen in your desk. Not only will the system let you hook up to an external display, you can plug in a mouse and a keyboard, too, so the entire desktop experience is complete. The phone, by the way, retains its full functionality even while running on the dock, allowing you to receive calls, SMS, and push notifications. Since mobile apps themselves aren’t optimized for desktop-sized windows, the company is releasing an SDK for any app developers who may want to add code to their software specifically for Andromium. 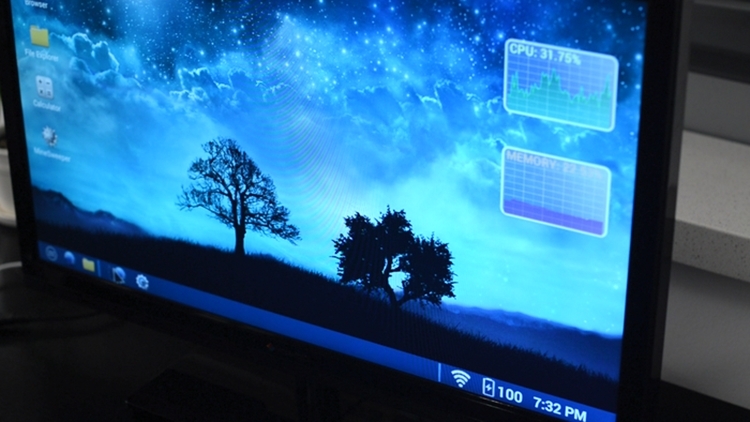 The system is designed for compatibility with the Samsung Galaxy line of products (S and Note), running Android 4.4.2 and above. For those using other phones, they’re also adding support for HTC One M8, LG G3, Nexus 6, and One Plus One via Chromecast, although best experience will likely remain with the core Samsung smartphones.

A Kickstarter campaign is currently running for Andromium. Pledges to reserve a unit starts at $35.