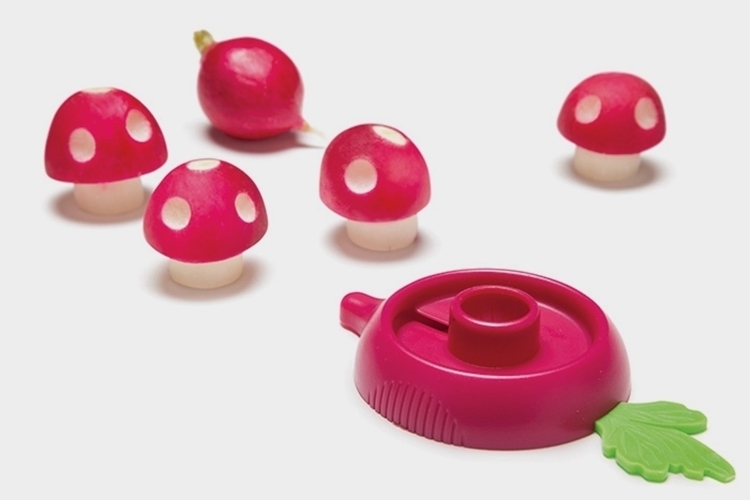 We can’t fault anyone for hating radishes. The darn things are entirely objectionable, after all, with their pepper spray taste, minimal calorie value, and the fact that biting into one feels like chomping down on a slice of a golf ball. So, no, don’t expect your kids to suddenly enjoy eating radishes when you turn them into Super Mario Bros. power-ups using the Animi Causa Ravanello.

Billed as a “radish shaper,” the tool lets you easily shape an erstwhile bulbous radish into one of those power-up mushrooms from the Super Mario games. Granted, it’s not quite as easy as clamping on a radish and spitting out a finished mushroom, but the darn thing sure makes it a whole lot easier than sculpting a mushroom using just a single kitchen knife. 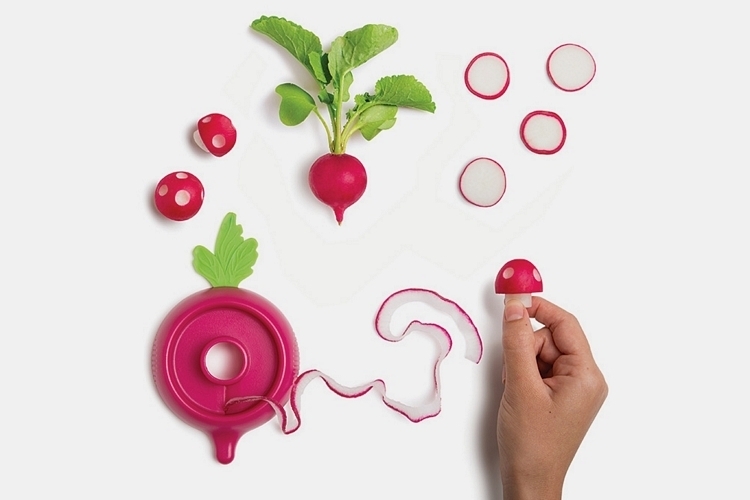 To make your power-up mushroom, start by the cutting the bottom of the radish so it’s nice and flat, then press that bottom side into the serrated section of the Animi Causa Ravanello Radish Shaper, turning the radish clockwise into the blade until it can go no further. That should create a short stalk at the bottom, effectively turning out the familiar mushroom shape. From there, just use the tip of the tool to create white circles along the surface of the mushroom cap and you’ve got yourself the perfect power-up mushrooms. 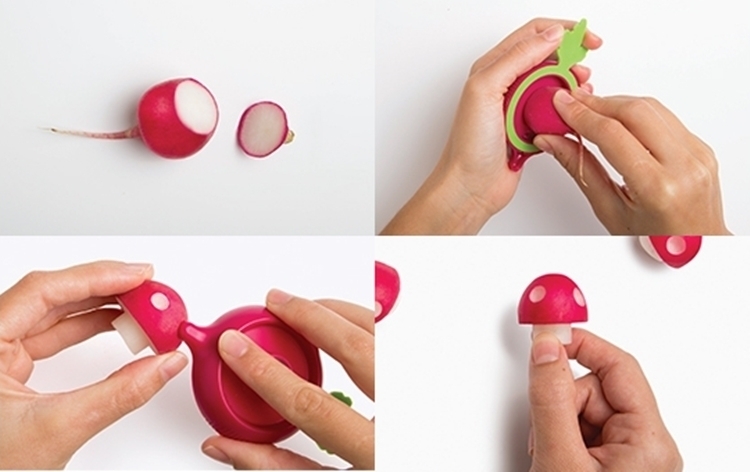 Available now, the Animi Causa Ravanello is priced at $11.99.