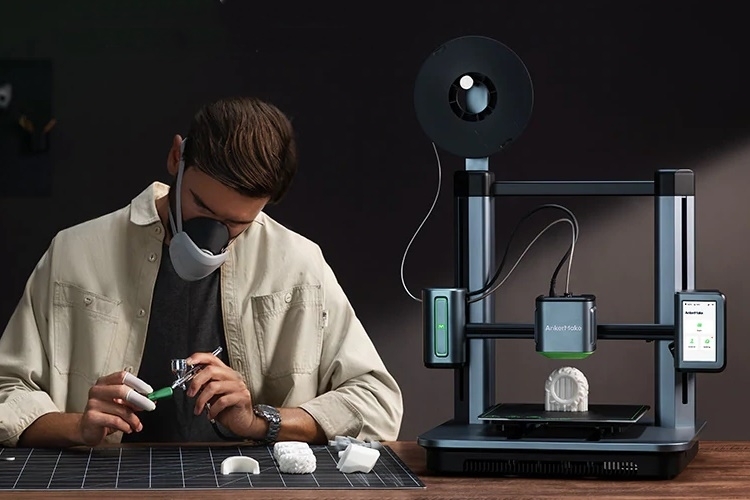 We all know Anker for their chargers and port hubs, but they have long expanded to multiple categories of consumer electronics under all sorts of subsidiary brands (like these headphones or this projector) . This time around, they’re officially entering the desktop fabrication space in the form of the AnkerMake M5.

Billed as a faster, more intelligent desktop 3D printer, the device boasts 5X faster printing speed than current models in the market, allowing you to spend less time waiting for prints to finish and more time refining your models. According to the outfit, the faster speed cuts overall print time by up to 70 percent, a significant number considering how long it takes to fabricate objects on consumer-grade 3D printing machines. 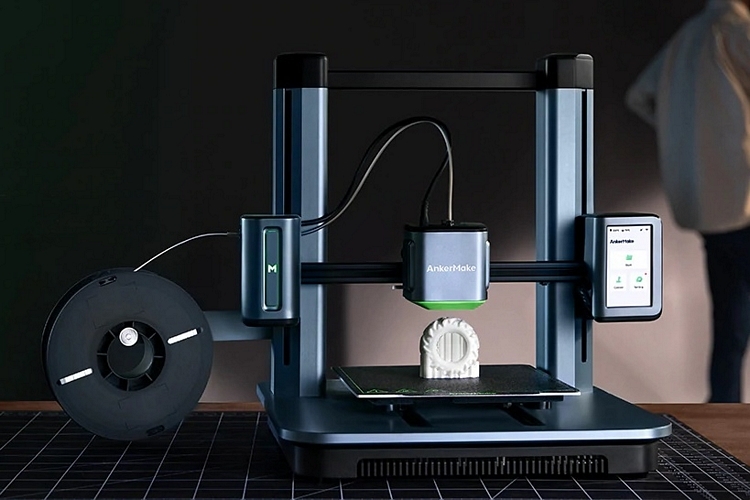 The AnkerMake M5 has a standard print speed of 250 mm/s, which, let’s be honest, isn’t exactly going to make your print jobs finish that much sooner. According to the outfit, printing at this speed gives your models a 0.1 mm precision, so you get perfectly smooth curves and precise detailed elements. If you’re merely prototyping, there’s a good chance you don’t need that level of precision. In that case, you can activate the accelerated mode, which boosts up the printing speed tenfold to 2,500 mm/s, allowing it to achieve much faster fabrication times than what you’ll normally get from other 3D printers.

The accelerated speed is made possible by the outfit’s PowerBoost system, which combines a powerful stepper motor, a double-belt driveshaft, and stabilized motion algorithm to push out loads of power without sacrificing precision too much. It also uses a new ultra-direct extruder that shortens the distance between the extruder and nozzle to enhance control, along with a finely-tuned algorithm that precisely matches the motion to the extrusion. The build area allows you to fabricate objects up to 235 x 235 x 250 mm. 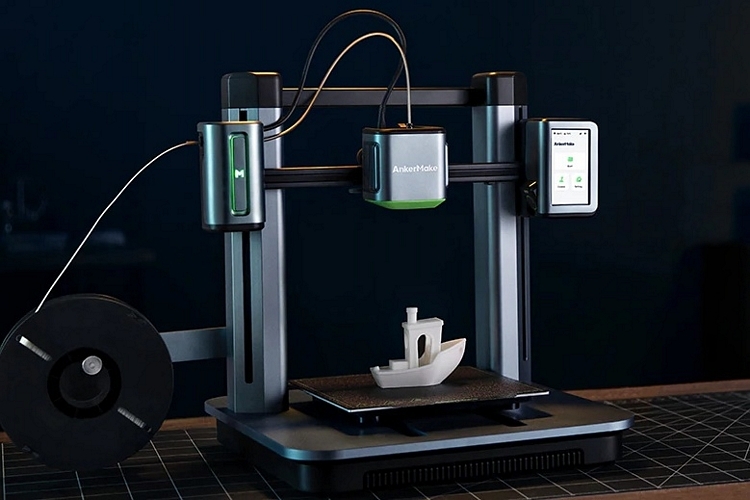 The AnkerMake M5 has a built-in 1080p camera that’s aimed at the build area, which it uses to monitor every step of the fabrication process. According to the outfit, it continually compares the object in the build area to the 3D model data, ensuring it will detect any errors immediately, so you can decide whether to continue (if the error’s not significant enough) or start fresh. The camera also allows you to view the fabrication in real-time via the companion app, complete with the option to make a timelapse recording of the entire build process, so you can see the object coming together layer by layer. 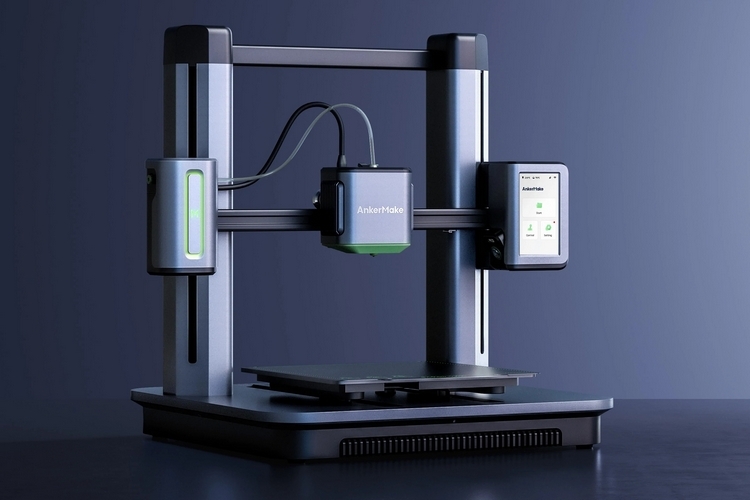 The app gives you full remote access to the printer, so aside from monitoring fabrication jobs, you can also start print tasks, pause them, and even modify settings on the fly. Other features include 7 x 7 auto-leveling, a 4.3-inch touchscreen right on the device if you don’t want to use the app, and the ability to resume a print job right where it left off during power outages. According to the outfit, the entire thing can assemble in just 15 minutes out of the box, so you can set up really fast, too.

A Kickstarter campaign is currently running for the AnkerMake M5. You can reserve a unit for pledges starting at $599.