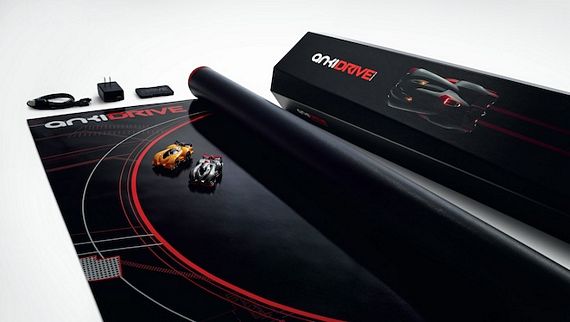 We all knew smartphones will pave the game to serious revolutions in gaming.  And this Fall, we’re likely to see one with the highly anticipated debut of Anki Drive.

An iOS game, it combines video game AI and real-life play to create an entirely new gaming experience.  While you may have heard many companies purport to have done that with their technologies before, we’re pretty certain nobody else has done it quite like these guys did. 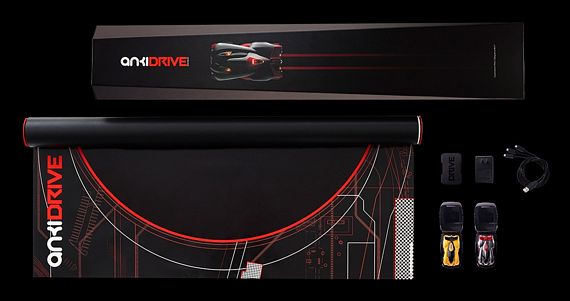 Anki Drive consists of two main components: an iOS app and real-life toy cars.  Sure, Carbot has done that before, but, again, in a much less sophisticated manner.  Instead of merely using the app as a remote control for the cars, Anki Drive actually does a lot more in the background, using AI to give the physical toys actual videogame smarts.

At the most basic, you can use Anki Drive as a simple remote control, controlling one car while your friend controls another from his phone.  You can race the cars, engage in battle mode (the vehicles get virtual weapons that you can see from the iOS displays), or do any of the other play modes available in the game with full human control.

What makes it different, though, is the inclusion of AI, which allows you to control one car and the game AI to control the other.   Yep, the app, basically, controls one of the cars in the physical world all on its own, so you can play “versus computer” in an actual real-world setting.  Pretty nuts. 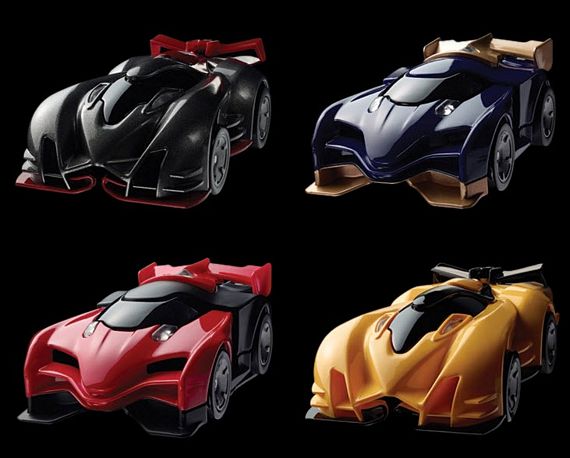 Anki Drive comes with a racing oval, an app, and a selection of four cars, each of which have their own special abilities.  Boson, which comes with the starter kit, relies on speed, handling, and smart AI to win its battles; Kourai, on the other hand, boasts deadly speed, an excellent variety of weapons, and strong defenses; Rho, a defense-first battle car that packs serious tenacity and staying power; and Katal, a powerful battle car with a supercharged energy system.  Every single one of the cars come with specific ratings for agility, speed, acceleration, energy, and recharging ability, all of which can be upgraded by training them in the game.  Basically, the toy car becomes a living, breathing character, rather than just a dumb wheeled machine that you can race around a track.

Slated for release October 23, the Anki Drive Starter Kit will retail for $200.