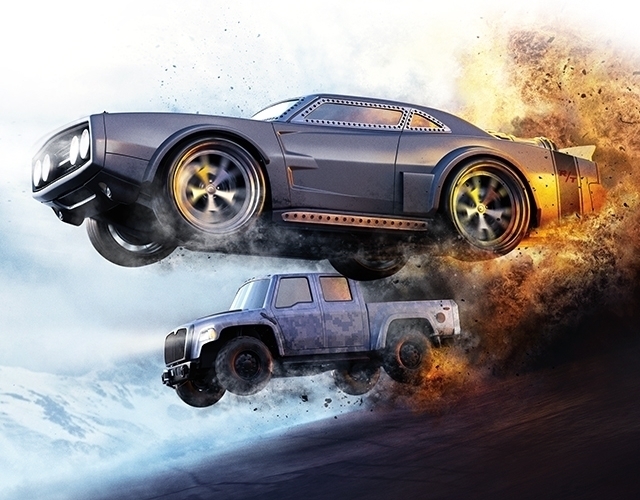 Ever played with Anki Overdrive cars and pretended you were doing a race scene from the Fast & Furious movies? We know, driving them with the app makes them feel more like weaponized sci-fi cars than the modified imports and muscle cars found in the franchise. Still, with enough imagination, it can feel pretty legit. Well, now you don’t have to play pretend with the release of Anki Overdrive: Fast & Furious Edition.

That’s right, Anki’s autonomous driving-capable slot cars now come in a Fast & Furious theme, so you can play with cars that look like the ones you’ll find in the movie. Even the app has been updated to reflect the tie-in with the movie franchise, so you can play as one of the characters from the movie, complete with matching character art and actual dialogue from the actors. 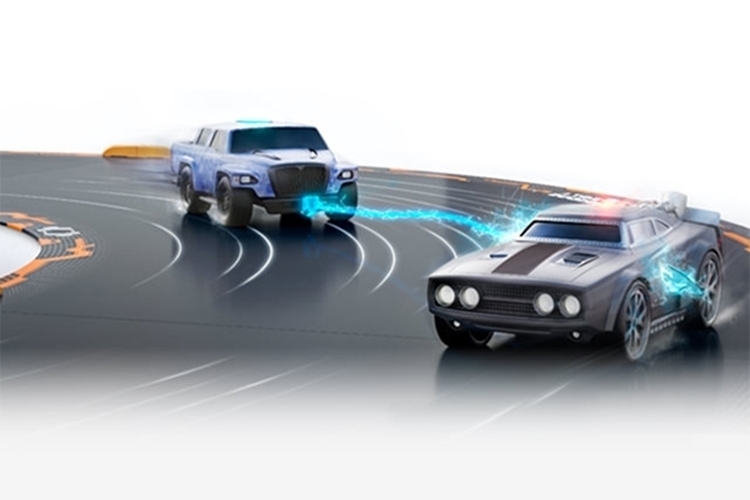 The Anki Overdrive: Fast & Furious Edition still uses the same technology as the outfit’s original toy cars, which uses an infrared camera to follow lines along the track, allowing them to drive all on their own. Each car gets the same hardware as the original models, including dual motors for precision maneuvering (one millimeter accuracy, according to Anki) and a 500MHz CPU for onboard processing.

This time around, though, the cars come in the form of Dom’s Dodge Ice Charger and Hobbs’ Navistar MXT truck from Fast & Furious 8, allowing you to feel like you’re playing out a scene from the movie every time you drive around the tracks. The Charger, by the way, comes with a grappling hook as its standard weapon, which it can shoot into opposing vehicles to drag them down, while the MXT truck is equipped with rocket launchers because there’s really no point dragging opponents behind when you can just blow them up permanently. 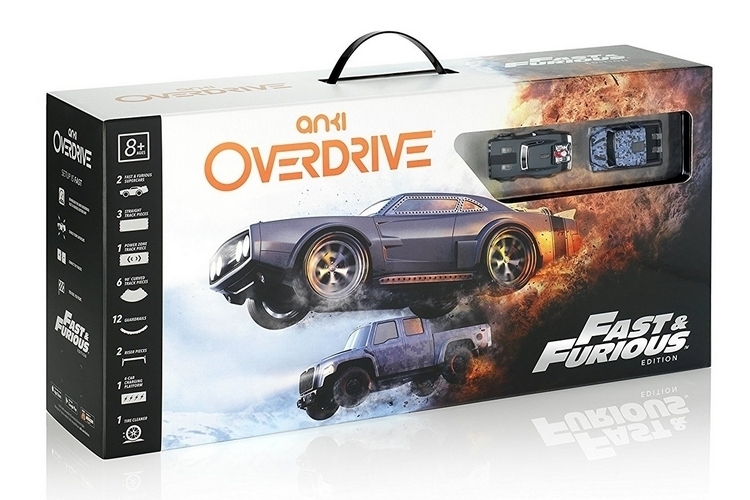 As with other Anki Overdrive sets, the Fast & Furious Edition comes with its own set of tracks, which can be configured in any of eight different shapes. You can, of course, combine it with additional Anki tracks to build larger race setups, complete with jumps, crazy spins, and other standard action hero fare. It comes with one exclusive track piece called Power Zone, which can be used to trigger an explosion in the game to disable all nearby vehicles as a special bonus.

In the game, you can play as one of four characters from the franchise, namely Dom (Vin Diesel’s character), Hobbs (The Rock’s character), Letty (Michelle Rodriguez’s character), and Tej (Ludacris’ character). It includes dialogue from the characters themselves drawn from the movies, which should help make the experience feel even more immersive. And since the Fast & Furious franchise started out as a cautionary tale of drag racing and car-jacking (well, sort of), the darn game comes with a car-hacking panel that lets you break into the electronics of your opponents’ vehicles to take control and seize victory.