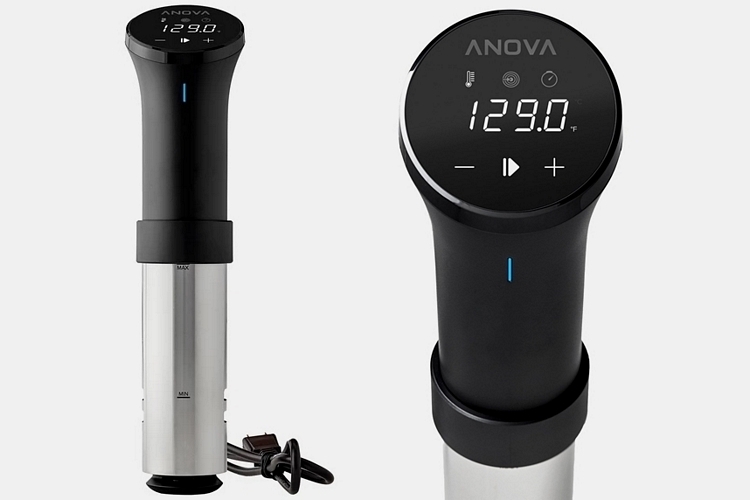 If you want to add sous vide to cooking arsenal, there are two ways to go about it: get a water oven or pick up an immersion circulator. For most of us, the immersion circulator is the only real viable option, as it’s smaller, cheaper, and works well enough to get the deed done. In the last few years, Anova has made one of the most acclaimed products in the category. This year, it gets even better with the new version of the Anova Precision Cooker.

Like the last generation, the device lets you heat any food in water at precise temperatures, with the device autonomously handling the temperature management, so the food cooks at the same temperature the entire time it’s submerged in the water. Unlike it, this new version has higher wattage while being smaller, making it more powerful while being easier than ever to store. 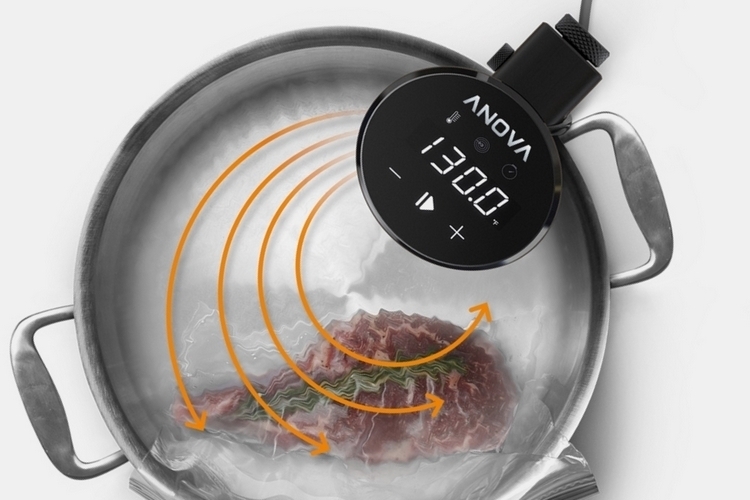 The Anova Precision Cooker retains all of the elements that made it one of the best immersion circulators in the market. This includes the onboard display and controls that make it as easy to use as any kitchen appliance, while the companion app has been improved to make it more informative and much more useful to users who prefer doing everything from their phone. It takes on the same form factor, too, complete with the adjustable and detachable clamp that lets you secure it in place, albeit in a size that leaves the new device two inches shorter than its predecessor at just 12.8 inches, making it even easier to store in the drawer and pack in a bag for travel.

The updated sous vide machine dials up the wattage from 900 to 1000 for this iteration, giving it the ability to circulate up to eight liters of water per minute. It can keep the temperature accurate to within 0.1 degree Celsius at all times, all while being able to heat up the water bath anywhere from 0 to 92 degrees Celsius. 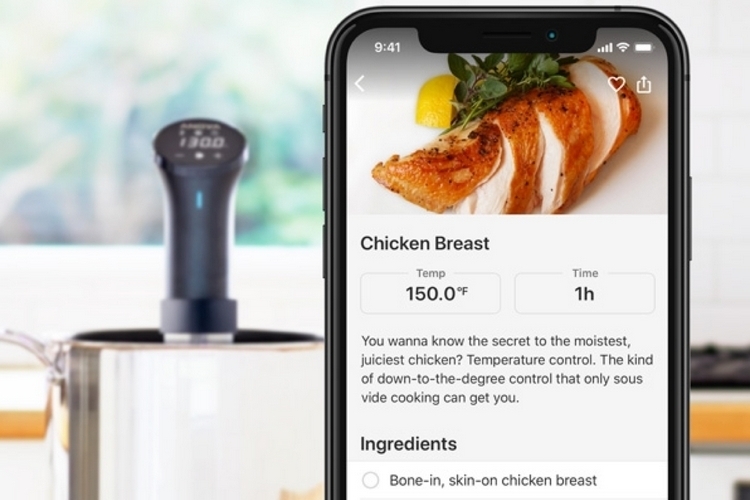 The Anova Precision Cooker is now IPX7 water-resistant, so it can accidentally fall in the pot and drown in water without damaging any of its parts. It’s also been steam-tested for over 1,000 hours at 90 degrees Celsius, so the whole thing will stay intact even when you leave it cooking in a water bath overnight. During use, by the way, it requires a minimum water line of 2.6 inches and a maximum water line of 6.2 inches, so you’ll need to stick to wider pots when cooking larger slices of meat.

To the unfamiliar, using the device is pretty straightforward. First, you put whatever you’re cooking, along with any seasoning, in a Ziploc bag. Then, you open the app to figure out the temperature and the length of time required to properly cook it. From there, you just drop the bag in a pot of water, place the circulator in the pot (use the clip to secure it on the edge), and dial in the settings. That’s it, with the machine handling the rest, making this quite an easy way to cook, especially for the kind of flavor it delivers. Once your food is done, you can either sear it to add some char, put it an oven for browning, or put it on a pan for lathering with some sauce, although the food is normally done enough that you can eat it straight out without any additional actions.

The latest version of the Anova Precision Cooker is available now.