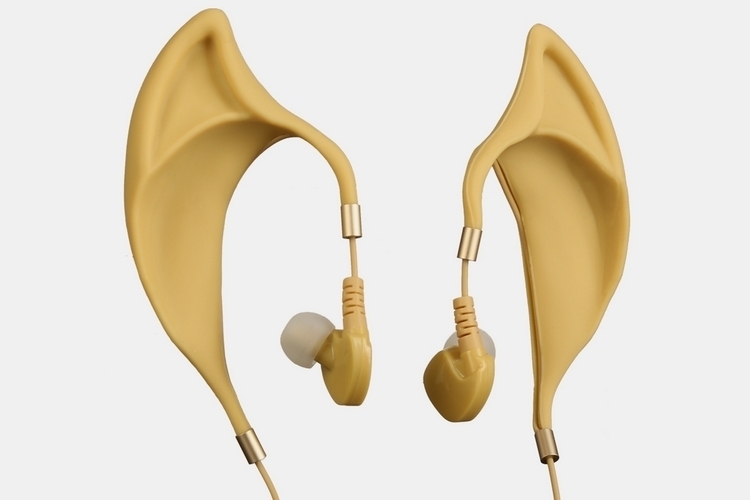 One of the appeals of ear buds over cans that go on top of your ears is the size – they’re small enough to be inconspicuous a lot of the time. That’s not the case with the Anovos Star Trek Vulcan Ear Buds, which come with a pair of pointy Vulcan ears, so you can look like you’re a humanoid species from an extraterrestrial planet in the Star Trek franchise.

That’s right, it’s a pair of headphones with downright attention-grabbing Vulcan ears, so you can walk around town doing the Vulcan salute without making people think like you’re a weird Star Trek nerd. You know, because you’re actually a Vulcan, so it’s only weird because you’re in another planet. Or something like that. 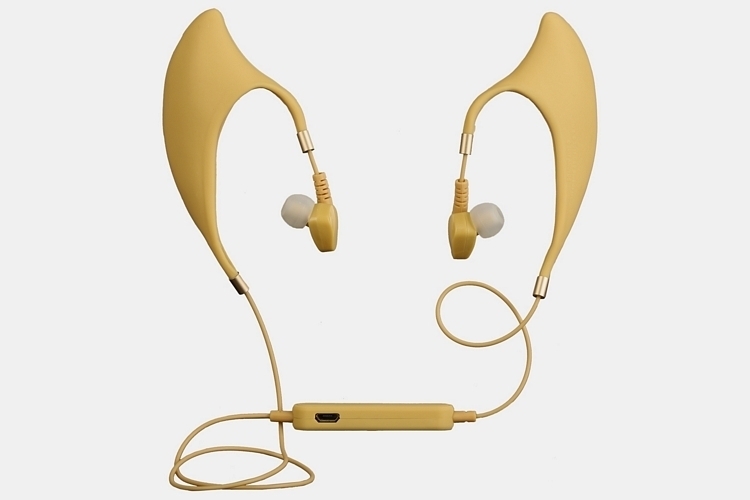 The Anovos Star Trek Vulcan Ear Buds is a pair of old-school Bluetooth earbuds – you know, the one with wires connecting both earpieces instead of the completely wireless options available today. It’s rather pedestrian as a pair of earbuds, too, so you can pair it with your phone for both listening to music and answering phone calls, courtesy of an inline microphone, with an inline remote allowing you to accept calls with the push of a button, as well as controlling playback (play, pause, and skip).

What makes it special, however, are the Vulcan-style ears attached to the ear buds, which are designed to look like extensions of your own ears when you’re wearing the ear pieces, giving you those pointy appendages similar to Spock. Wear it with your Star Trek costume the next time you dress up for a convention or simply put it on during an ordinary day, so you can prance around town while proudly announcing your fanboy predilections. Do note, the ear buds come in only one color – the exact shade that matches Spock’s skin tone from the original series, so there’s a good chance it will clash with your actual skin tone, which could ruin the effect just a little bit. 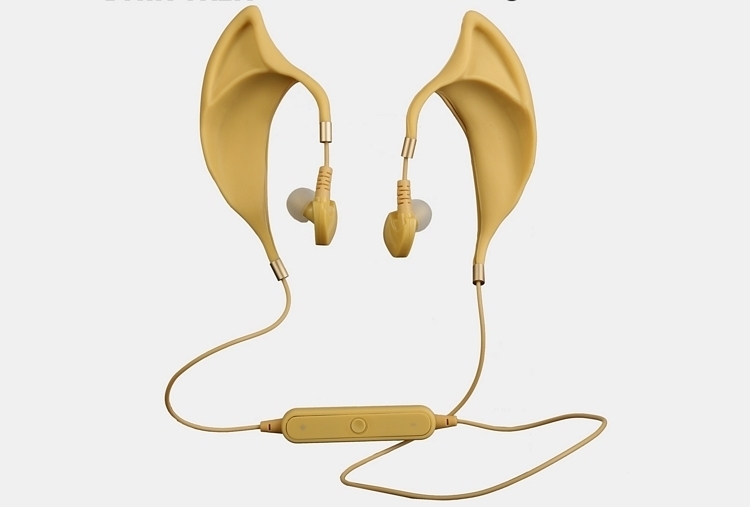 The Anovos Star Trek Vulcan Ear Buds come with flexible rubber tips to ensure comfort around the ear during wearing, along with three swappable tips, so you can find one that best matches the size of your ear canal. Like other Bluetooth ear buds, it comes with an onboard battery that’s rated for around five hours of playback. It requires two hours to fully charge after draining.

Would you really want to walk around town with Vulcan ears attached to the side of your head, throwing the Vulcan salute every chance you get? We don’t know. I mean, if girls can walk around with cat ears on their heads, why can’t fanboys indulge in their Star Trek obsessions? At any rate, if you’re hardcore enough to wear Star Trek wetsuits to the beach or speaking Klingon while on the phone with a friend, we guess looking like a Vulcan isn’t going to be much of a problem.