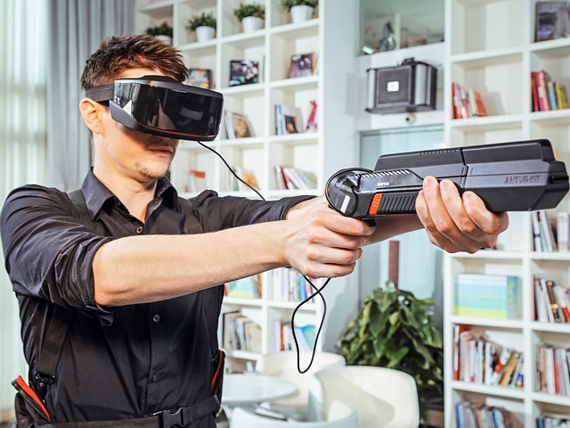 As awesome as the promise of both the Oculus Rift and the Sony Morpheus are, both virtual reality systems are tied down to their respective platforms (PC and PS4, respectively). The ANTVR Kit goes a different way, offering an open-source system that can work across a wide variety of operating systems.

Made by Beijing-based startup ANTVR Technologies, the kit is designed to work with PC, Xbox, PS4, iOS, and Android, as well as Blu-ray for enjoying your movies in a more immersive fashion (they describe it as an in-home IMAX-like experience). It should work with all games designed for the Oculus Rift (i.e. any game with option for stereoscopic 3D), too, so you can play around with existing titles off the bat, as well as plug in to the Parrot Bebop’s remote for feeling like you’re piloting from inside the drone. And since the hardware is open source, interested parties can put in the work to make it compatible with practically any other platform. 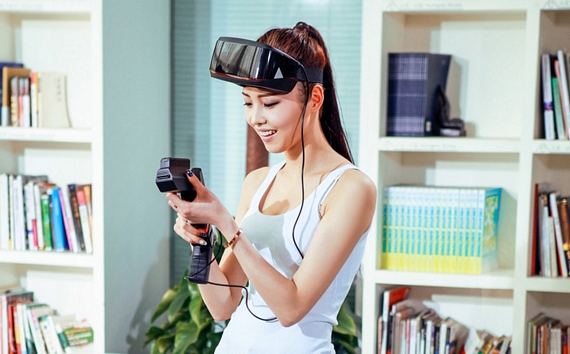 The ANTVR Kit includes a virtual reality headset that’s not all that much different from existing VR hardware.  It features a 6-inch screen (1920 x 1080 resolution), a 100-degree field of view, an aspherical lens (as opposed to spherical, which can cause more distortion when projecting pictures with standard aspect ratio), two sets of 9-axis IMU sensors, and sensor-based positional tracking. The headset allows gamers to wear glasses inside, with a visor-like window on the lower portion that can be opened temporarily so you can confirm that the ringing sound in your ear is part of the game, rather than a smoke alarm because your house is on fire.

Unlike other VR headsets, though, it comes with its own transformable controller, which can be configured as a gamepad, a gun, a sword, and even a steering wheel. The controller, in fact, could be the most exciting part of the kit, since it brings a dedicated peripheral with onboard IMU sensors for gaming that’s truly unlike anything else in the market.

A Kickstarter campaign is currently running to fund the ANTVR Kit. Pledges to reserve a unit starts at $300.