Apple Carplay Brings iOS And Siri To Your Car’s Dashboard 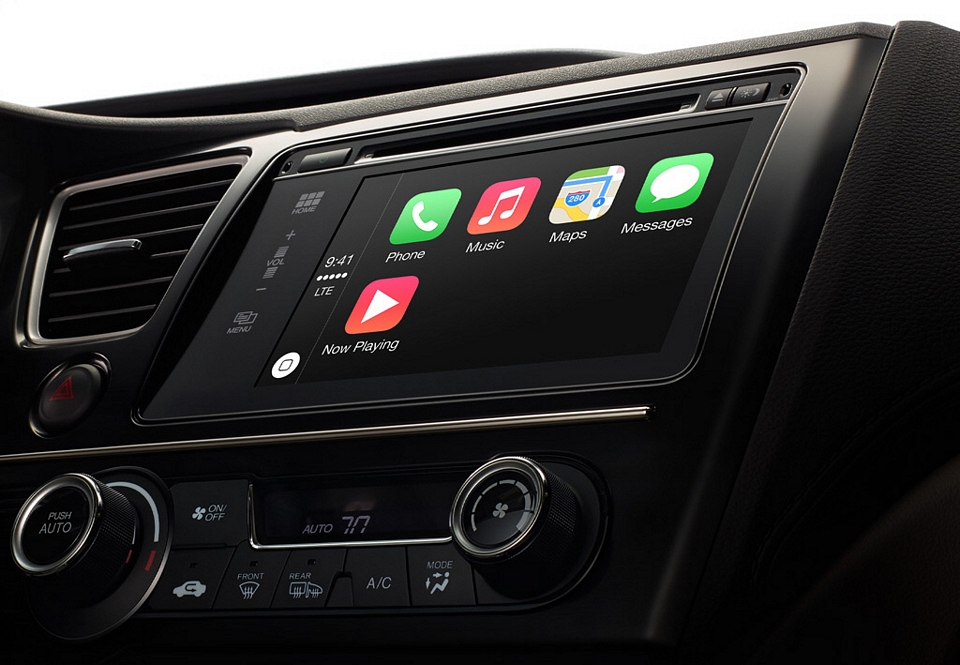 Using your iPhone in the car for a wide variety of functions is nothing new.  But an integrated experience that makes the phone feel like a part of your vehicle’s native infotainment system?  That’s exactly what Apple is introducing with the new Carplay.

Designed “from the ground up to provide drivers with an incredible experience using their iPhone in the car,” the system lets you use the iOS interface directly from the vehicle’s infotainment display.  No more squinting at that tiny iPhone screen to check the message notification that just buzzed — you can see everything directly from the car’s larger display panel. 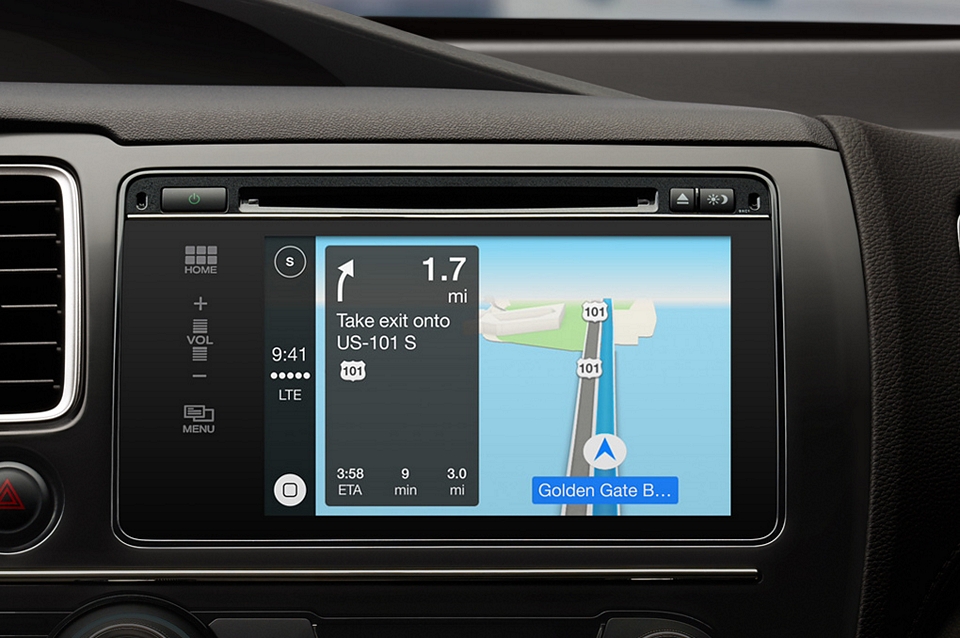 To promote safety for motorists, Carplay’s use revolves around Siri commands, so you can play tracks, answer calls, and launch the turn-by-turn navigation without taking your hands off the wheel.  Heck, you don’t even have to look at the screen.  Just press the voice control button on the steering wheel (all Carplay-enabled cars will have one), bark your commands, and it will follow your bidding.   It will use your iPhone’s resources for everything, so the car’s infotainment system basically acts as a dumb terminal to run the iOS platform on a bigger screen, although you can use the infotainment’s native controls (knobs, buttons) to control Carplay, as well.

The system is only compatible with iPhones that have Lightning connectivity (iPhone 5, 5S and 5C), with the Carplay feature included as part of an iOS 7 update.   You can’t use every app on the phone over the system, though.  As of now, only calls, messaging (Siri will read messages and let you dictate a response), music playback, and Maps will be supported in a simplified iOS display, along with a number of third-party apps for streaming music (Spotify, IHeartRadio, Beats Radio and Stitcher).  One notable feature is the predicitive navigation, which will crunch through your emails, texts, and calendar items to anticipate where you will want to go at any particular time. 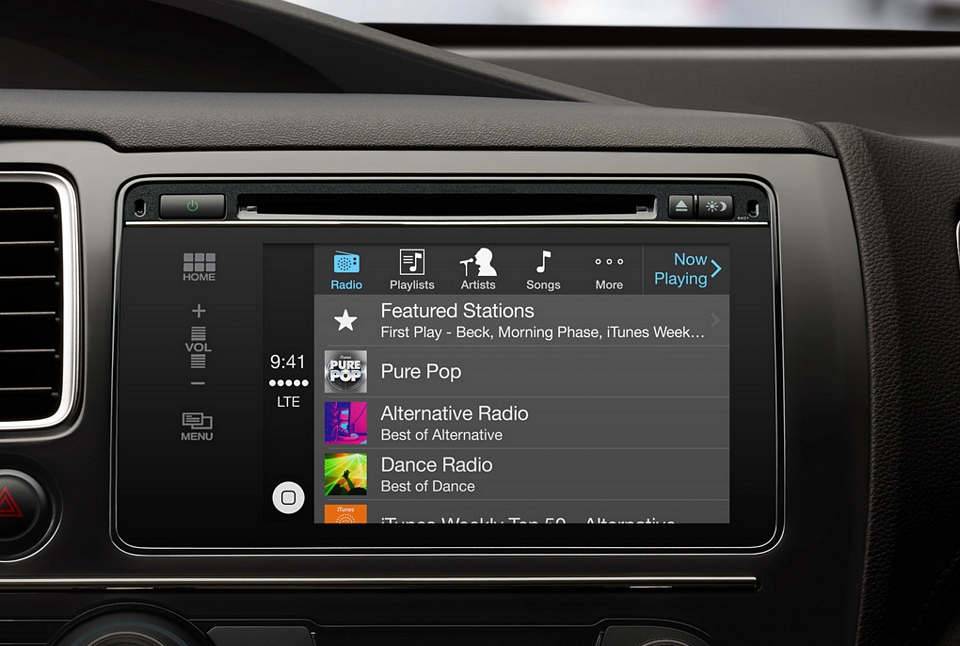 Carplay will be debuted in five different cars from Ferrari, Mercedes-Benz, and Volvo on the floor at the Geneva Motor Show this week.  A broad range of automakers are expected to follow, though, including BMW, Ford, Nissan, General Motors, Peugeot, Jaguar Land Rover, and more.