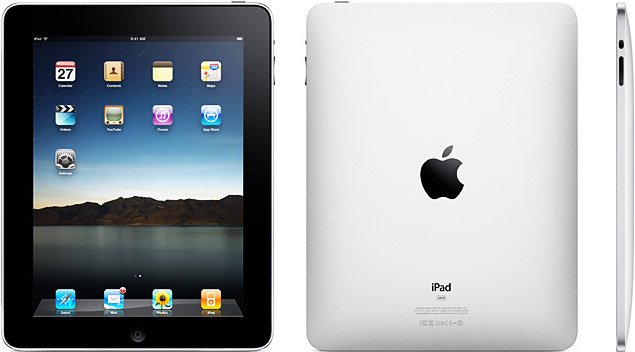 Apple’s tablet iPad finally received its unveil yesterday and it’s a bit of a mixed bag.  I know what you are thinking,  the device is essentially a blown-up iPod Touch.  Steve Jobs says it’s “so much more intimate than a laptop and so much more capable than a smart phone.”  Translation: it’s a device without a built-in category and we think it deserves one.

First, some things you were probably expecting didn’t quite make it into the actual gadget.  There’s no camera, no multi-tasking (beyond Apple’s built-in tools, but I am pretty sure OS 4.0 will have atleast some multi tasking), no Flash support and no microSD card expansion.  Heck, you even need an adaptor to get a USB port onto it.  There’s also no kickstand, so it won’t be your glorified picture frame right out of the box. 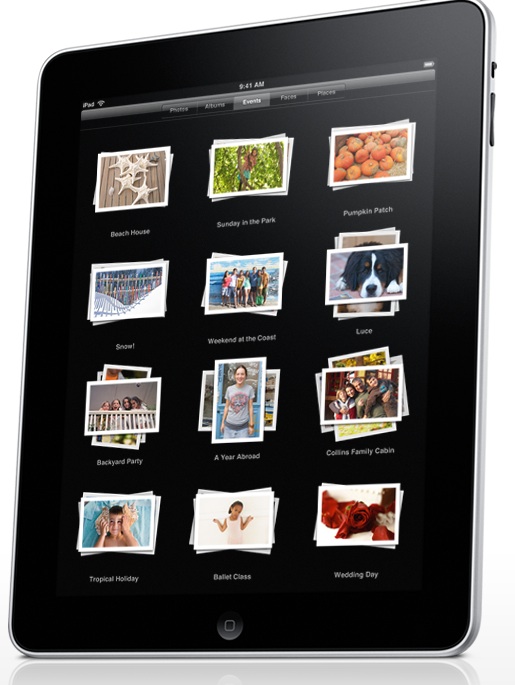 What it does fit in, though, sounds mighty cool, despite the omissions.  The iPad weighs 1.5 lbs and measures half-an-inch thick, with a large 9.7-inch capacitive touchscreen display (1024 x 768 resolution) and plenty of bezel (presumably, to make it easier to grip) on the front panel.  It copies the iPod Touch’s layout, right down to the sole button under the display.  Other details include a choice of storage options (16GB, 32GB, 64GB), accelerometers, built-in mic and speakers, Wi-Fi, Bluetooth and 10-hour battery life.   A 3G version will also be available, which will support high-speed broadband via AT&T’s network.

It uses the company’s own 1-GHz Apple A4 chip and will run a similar OS as the iPhone.   As such, it will support most software titles from the App Store (well, those that don’t require a camera anyway), although it will only show them in their native resolution (320 x 240, as per the iPhone’s display).  We do expect a whole lot of apps to come specifically for it, though, especially down the line.