AppQuiz: A Game Show With Buzzers For Your iPad 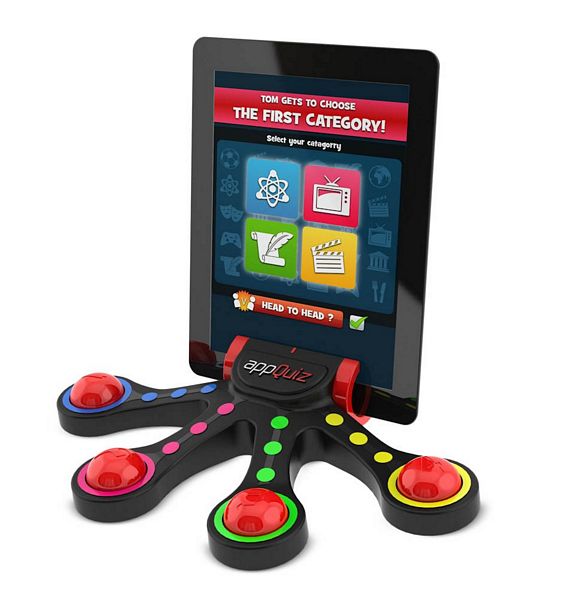 While I wouldn’t know until I try it, I have a feeling the AppQuiz is going to be my favorite drinking accessory.  Imagine: you and three friends playing a quiz-style game with real buzzers you can smack to answer first.  Those who don’t get the answer take shots.  Or removes items of clothing.  Or gets punched in the face.  Or whatever it is you decide to play for.

Granted, a quiz-style game show with no live game show host will probably be boring as hell.  But that’s what the alcohol is for.  A couple shots and it will be just as entertaining, I swear. 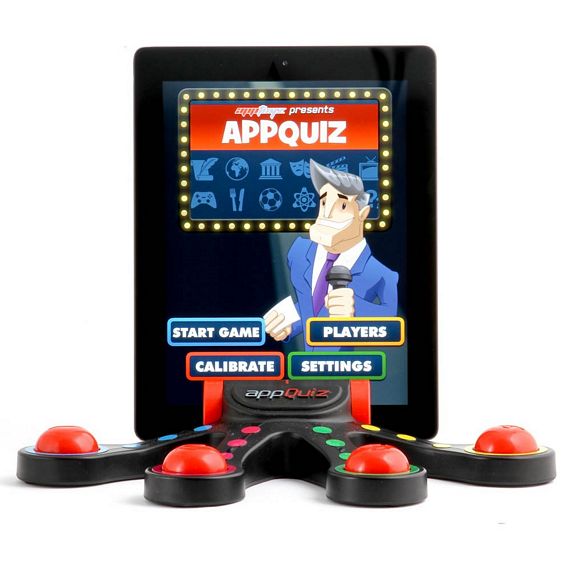 The AppQuiz is an iPad accessory (works with all iOS devices actually) that features four large buttons for buzzing in to answer the onscreen questions.  It works with a downloadable AppQuiz game that you and your friends can use to while the night away.  The game actually has a virtual host named Chuck Boldhart, who will guide you through the thousands of questions and mini-games included.  Additional theme packs are also promised to be made available later, so you can download new questions once you exhaust the default supply.

The accessory itself is quite cute, although the button placements look a bit crowded.  Then again, maybe that was intentional — part of the allure of playing a drinking game show, after all, is pushing off other contestants so you can hit the buzzer first.  This accessory will ensure that will almost always happen.

According to the Apptoyz website, the AppQuiz should hit stores any day now, priced at £29.99.