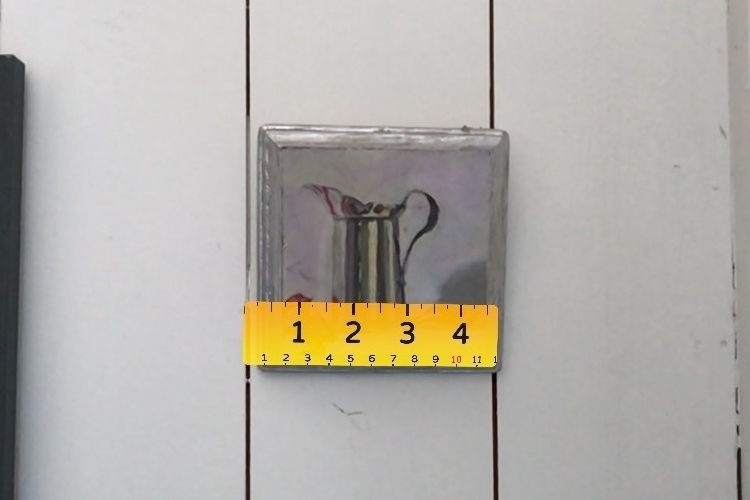 Augmented reality (AR) has long been a cool concept – one that promised to do a whole lot of things. In practical application, though, the coolest AR thing we’ve ever had is a game that lets you catch Pokemons. Seriously, that’s it and it’s kind of ridiculous. We’ve known for a while that Google’s Project Tango and Apple’s ARKit Framework promised to change the seeming banality of AR, with their ability to accurately map the position of objects in 3D, among other things. With the AR Measure, we’re getting a taste of the wonderful things we can soon do in AR.

A virtual measuring tool, the app lets you measure any object in a precise manner using nothing but your iPhone’s camera, saving you from having to pull out the tape measure or use any of those laser-based measuring gadgets. Seriously, this is the kind of thing that will eventually render rulers, tape measures, and all sorts of measuring objects completely obsolete. 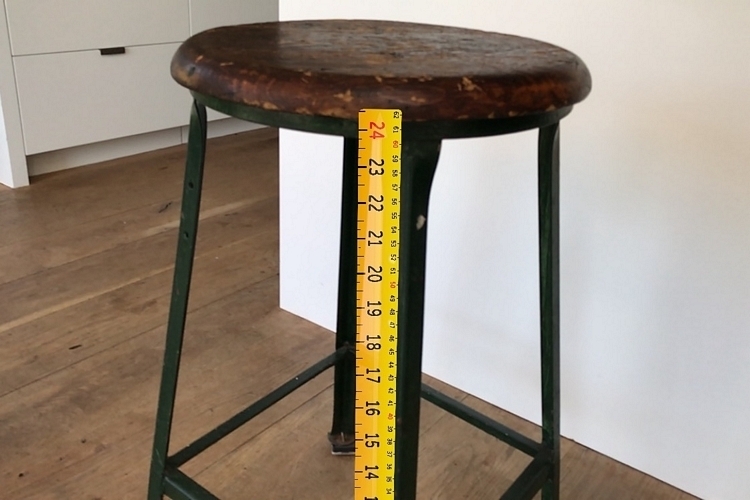 From what we can tell, you can use AR Measure to determine the length between any two points on a straight plane. That means, you can use it measure the height and width of a door you’ll need for the bedroom, the size of carpet you’ll need to cover the entire living room, and your kid’s current height. As of now, though, it doesn’t seem capable of measuring around curved objects, so you can’t quite use it to determine your exact waistline like you can with a tape measure. Given that the tech is still in its nascent stages, we have a feeling this, along with all its upcoming competitors, will be working to do that eventually, too. 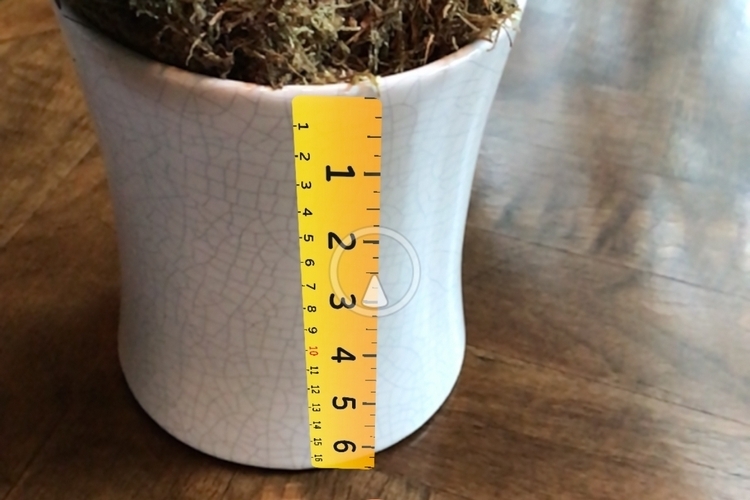 To use, simply point your iPhone’s camera at object you want to measure, tap the desired starting point, move it to the end point, and tap it. That’s it. The app will determine the length on its own, superimposing a ruler that can show measurements in both metric and English systems.

More impressively, the AR Measure can perform the measurements at any camera angle, auto-adjusting its results to compensate. Simply put, the tech seems to genuinely recognize every object’s position in the 3D space, ensuring it can perform truly precise measurements. Do note, the current version of the app still isn’t 100 percent accurate, although the difference is within a matter of millimeters, so we’re sure they can iron that out by the time this gets ready for release. 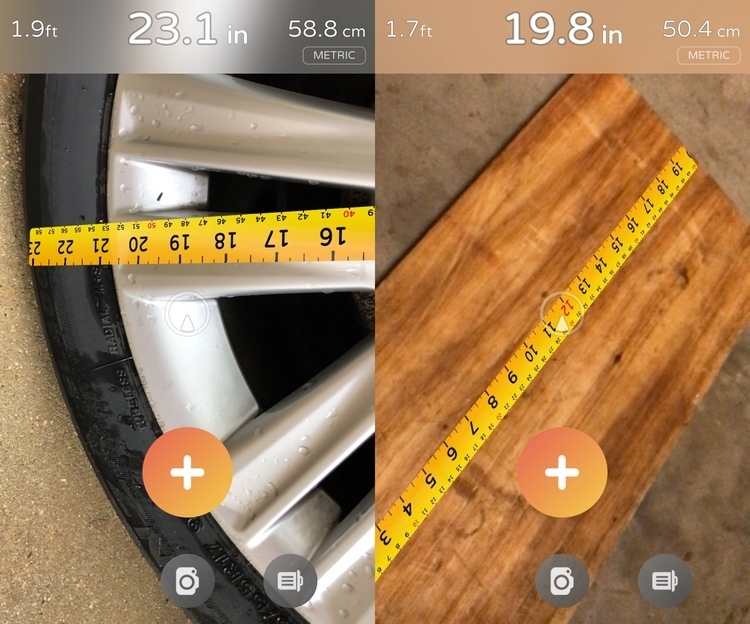 What makes this exciting is its potential for different industries, as it can eliminate a whole lot both in tools and manual work. From party planning and interior design to construction and field surveying, this thing can immensely simplify the way people measure stuff, provided it can be scaled to create accurate long-range measurements.

The AR Measure uses Apple’s ARKit, so it will be exclusive to iOS users. We’re not certain which iPhone generations it will work with, but it will definitely require the upcoming iOS 11, which contains the new AR framework.