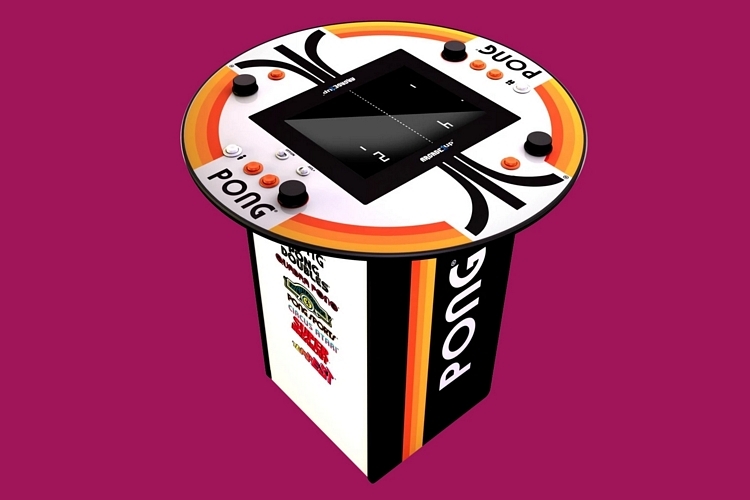 We love Arcade1Up and their licensed arcade cabinets, which measure around three-quarters the size of traditional machines from the 80s and 90s, making them much more suitable for setting up at home. While they started with upright cabinets, they’ve since moved on to other form factors, such as sit-down table cabinets and even deluxe cabinets for racing games. This time around, they’re expanding the lineup even further with a standup cocktail table in the form of the Arcade1Up Pong Pub Table.

That’s right, it’s an arcade cabinet in an upright cocktail table form, so you can use it to actually set down drinks while chatting up a group of your friends. Except… you know… it’s actually a game cabinet, so instead of having to come up with stories to swap with your pals, you can just gather ‘round to play a round of Quadra Pong while sipping on your libations of choice. 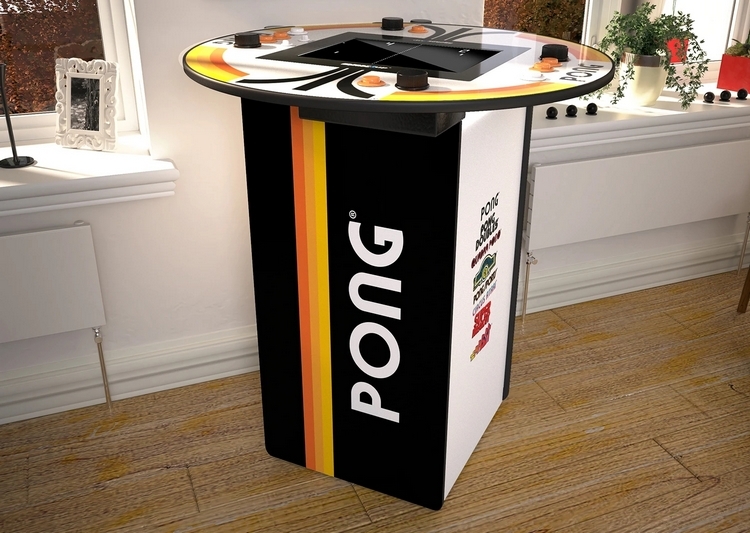 The Arcade1Up Pong Pub Table takes waist-high cocktail table and turns it into a game cabinet, with a large screen at the middle of the tabletop and four sets of controls. Instead of joysticks, it uses a rotary dial for controlling movement onscreen, similar to the ones used in the original Atari Home Pong console from the 1970s, so this thing stays faithful to the spirit of the original Pong games. Two of the control sets get only a single button, while the other two get two extra buttons. From what we can tell, it’s because the extra buttons are needed for the two-player games included in the cabinet, while you only need a single button for the four-player titles.

As for the games, it comes with a quartet of Pong games, namely Pong, Ping Doubles, Quadra Pong, and Pong Sports. Since playing paddle ball will probably get boring at some point, they also threw in Warlords, Circus Atari, Tempest, and Super Breakout, so you can give yourself a break between rounds of virtual ping pong. Oh yeah, there’s an onscreen game selection menu, too, so it’s easy to switch from one title to the next. 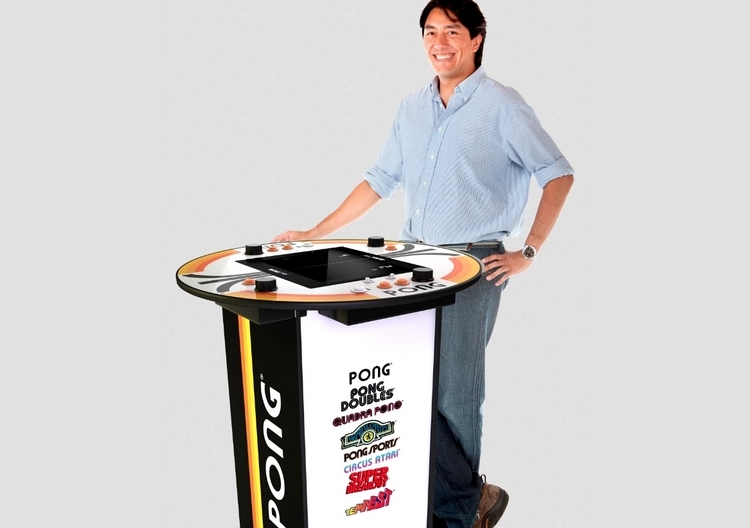 The Arcade1Up Pong Pub Table has a clear protective cover on top, so accidentally spilling drinks and dropping greasy finger food won’t damage the screen or any of its other electronic components. And yes, those spills and drops are very likely to happen, considering this thing feels like it’s beckoning on you to play and grab a cold one at the same time.  There are no USB ports onboard, so you can’t plug in whatever modern controller you’re more familiar using, which means, you’ll have to figure out how children from the 70s played video games using a rotary dial. And yes, it is kind of fun. 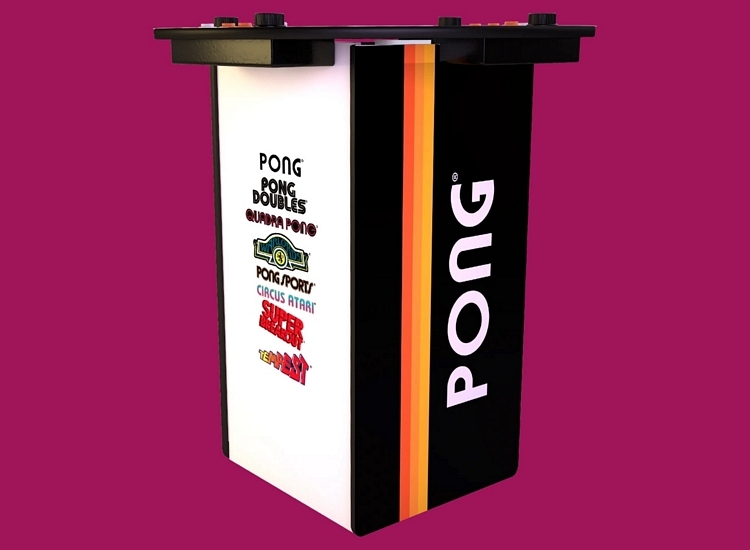 If you’re a fan of Pong, in particular, or Atari games, in general, this is definitely one purchase you’ll want to consider. More so if you’re looking for a game to round out a home bar, since this thing can serve both as a functional cocktail table and a fun way to keep four people engaged while enjoying cocktails. At any rate, it’s one of the more interesting offerings we’ve seen from the outfit and we’re looking forward to seeing more.