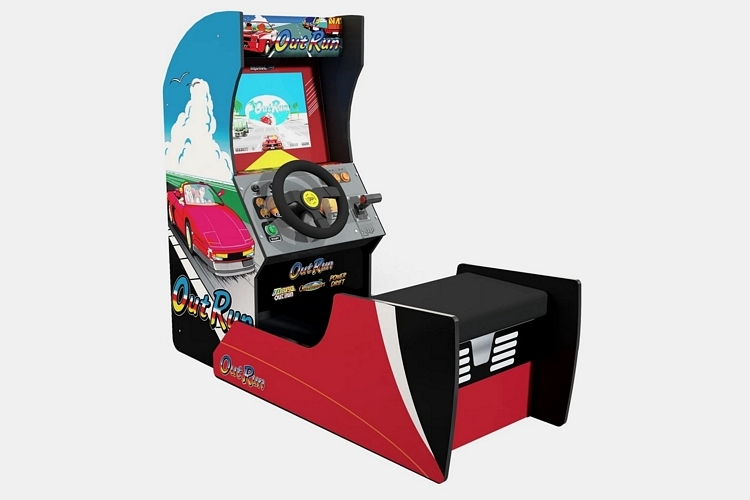 Yes, it will be fun to have your own racing setup at home, so you can play Gran Turismo, Forza, or Project Cars while feeling like you’re in the cockpit of a real car. Problem is, it’s, pretty much, impossible to find an affordable arcade racing rig, with your best recourse being to build one on your own. While it won’t play modern racing titles, the Arcade1Up Outrun Seated Arcade Cabinet should offer the next best thing.

A 90s-style arcade racing cabinet, it lets you operate virtual cars in a way that simulates real-world driving, so you can feel like you’re running laps in an actual race track instead of playing a 30-year old game. Granted, it’s nowhere near as immersive as setups that play modern racing titles, but we imagine controlling onscreen cars with a steering wheel, shifter, and pedals will still feel more realistic compared to using a controller. 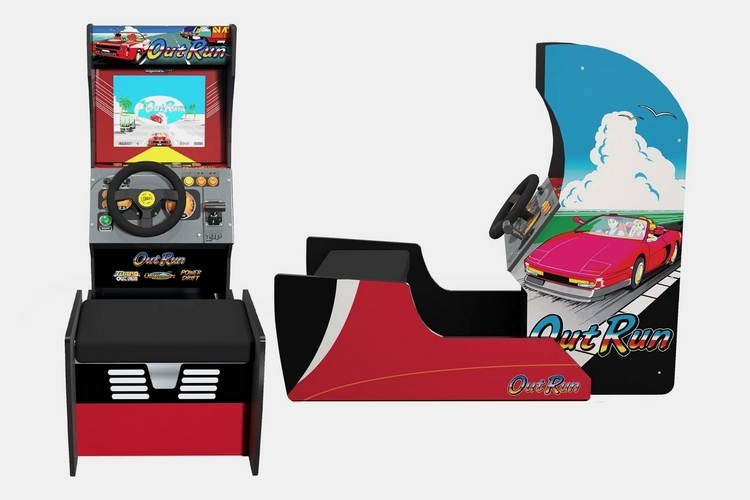 The Arcade1Up Outrun Seated Arcade Cabinet is a cockpit-style arcade cabinet, similar to the kind of rigs that accompanied racing games back in the heyday of video arcades. Like other Arcade1Up cabinets, it’s slightly smaller than the ones people played in at malls and game halls before the turn of the century, measuring in at 45.8 x 38.5 x 19.8 inches (height x depth x width) which should make it ideal for finding space in your child’s bedroom, your mancave, or wherever else in the house you want to do some arcade racing.

A 17-inch color LCD allows you to immerse yourself in the low-res graphics of yesteryear, along with dual speakers to accompany the visuals with lively racing sounds. It has a large steering wheel for maneuvering your onscreen vehicle across tracks and roads, with a gear shifter, gas pedal, and brakes allowing for even more immersive gameplay. 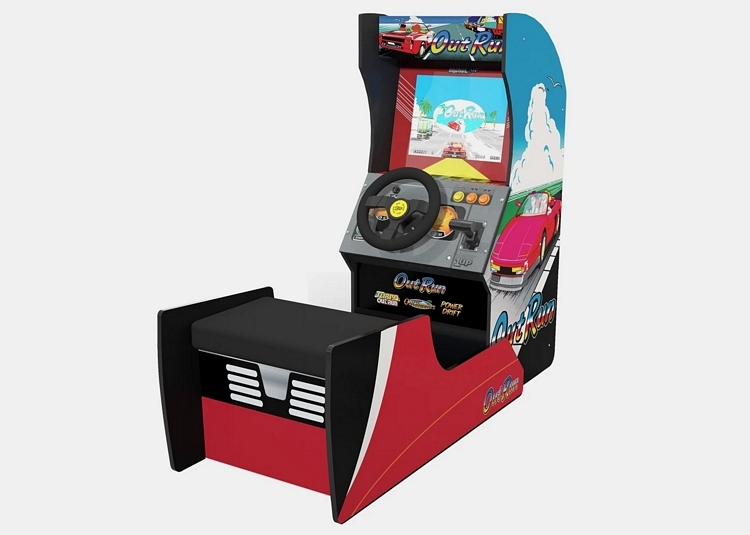 The Arcade1Up Outrun Seated Arcade Cabinet doesn’t come with a bucket seat like most modern racing cabinets. Instead, they throw in a bench to stay faithful to the arcade cabinets of old, so it’s not quite as comfy as a proper racing seat. To round out the cabinet, it gets a light-up marquee to really show off the Outrun logo, a strap to prevent it from tipping over, a removable cover for the control deck, and a volume switch, in case you want to play late into the night without waking up the whole house. 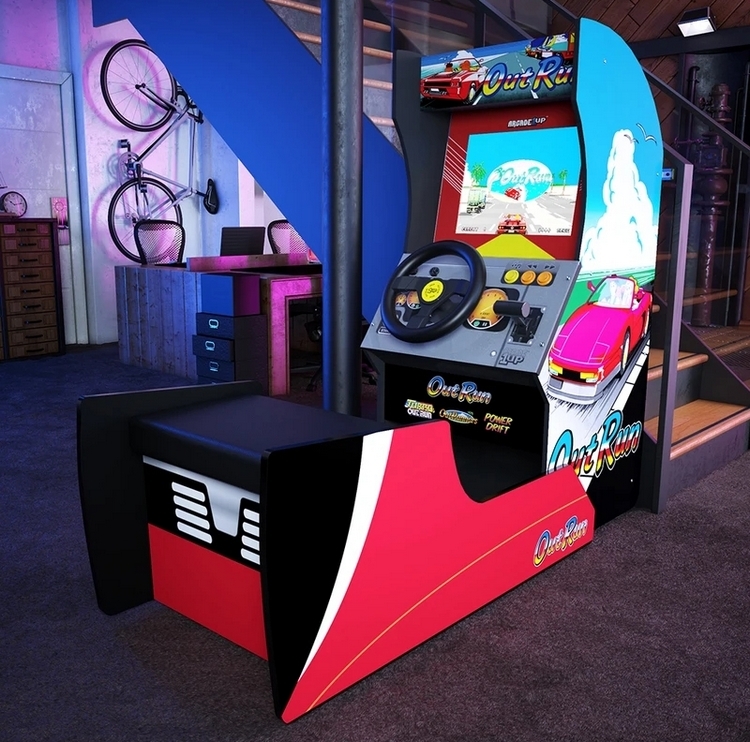 It comes with four games, namely Outrun, Turbo Outrun, Outrunner, and Power Drift, with an onscreen menu allowing you to switch between the available games at any time. We know, those games are old as heck and don’t really hold a candle to the realism in modern racing titles, but if you just want a fun virtual car you can drive fast every now and then, we have a feeling it will be just as entertaining all the same. And while we don’t know what actual computer they have inside running the games, we have a feeling they’re pretty underpowered, so much so that they will likely not be able to run any racing games actually made this century, so forget about sideloading your own favorite game on the darn thing. You can, however, probably replace the computer entirely, although that should require a little more work on your part.

The Arcade1Up Outrun Seated Arcade Cabinet is priced at $500.