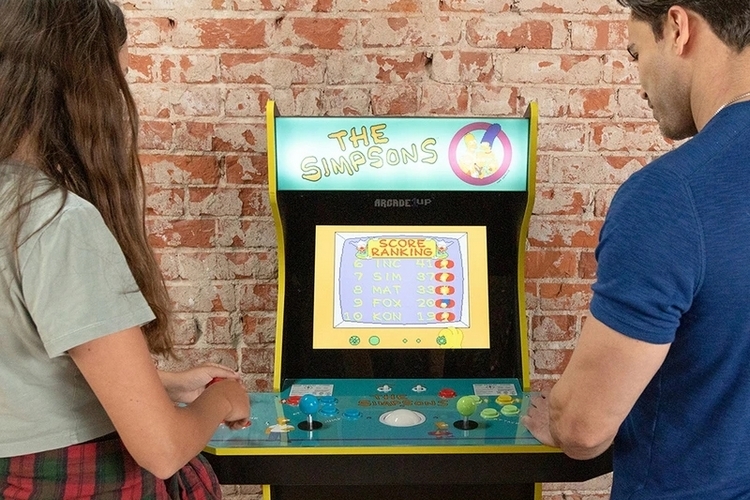 If you grew up during the 80s or 90s, chances are, a regular diet of The Simpsons was part of your TV consumption. That show was everywhere in its heyday, spawning a plethora of toys, games, and merchandise tie-ins that helped further entrench Matt Groening’s dysfunctional characters in pop culture lore. One of those tie-ins is Konami’s multiplayer arcade game, which cast Springfield’s favorite family in a beat ‘em up classic. Soon, you can have that same arcade in your own home with Arcade1Up’s The Simpsons Arcade Machine.

That’s right, the same button-mashing side-scroller that entertained kids at amusement arcades in the 90s is back as one of Arcade1Up’s 3:4-scale cabinets, making it viable for finding a place in most people’s homes. Whether you want to play as Marge with her vacuum cleaner, Lisa with her jump rope, or Bart with his skateboard, this thing lets you fight your way through a horde of Mr. Burns’ minions on your way to saving Maggie from the show’s devious antagonist. 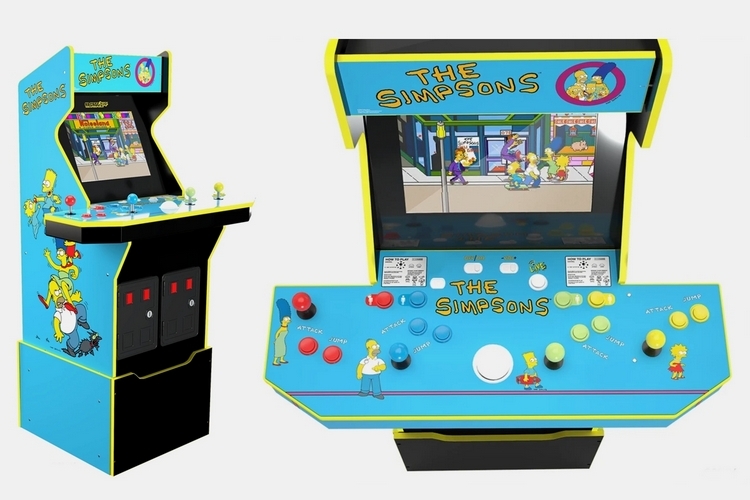 Arcade1Up’s The Simpsons Arcade Machine recreates Konami’s original machine in the outfit’s signature 3:4-scale size, which shrinks it to a more compact four-foot tall cabinet that should easily settle into most living rooms, bedrooms, and whatever cramped room in the house you’ve managed to salvage into a functional man cave where you can drink Duff Beer to your heart’s content. It has a 17-inch display with a 4:3 aspect ratio, so you can enjoy the game’s graphics in its native state, along with colorful cabinet graphics and a light up marquee based on the original cabinet from the 90s. Seriously, it looks like you restored a classic rig from the heyday of arcade machines.

Like the original, it comes with four sets of joysticks and action buttons for four-player coop gameplay, allowing you to team up with your buddies to take Homer, Marge, Bart, and Lisa on a quest to get Maggie from Burns and Smithers. Unlike it, this comes loaded with Wi-Fi, allowing you to hop onto the network and team up with people online to fight your way through the different levels. Sadly, you can only team up with other people playing on a similar machine, so you probably won’t find online games all that often. 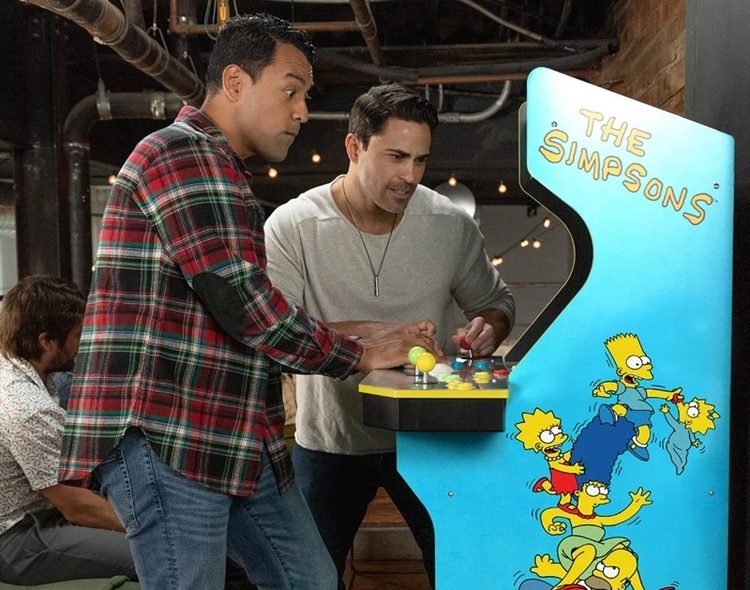 While The Simpsons Arcade Machine from Arcade1Up sticks pretty faithfully to the Konami original, it does make one distinct addition: a large trackball mouse right in the center. From what we can tell, it has no purpose on the Simpsons beat ‘em up game. Since the product page lists two games in the machine, though, we imagine it’s meant for whatever that other game is. Considering Konami also made a Simpsons Bowling game that used a giant trackball around that period, there’s a good chance that will be the bonus game onboard. 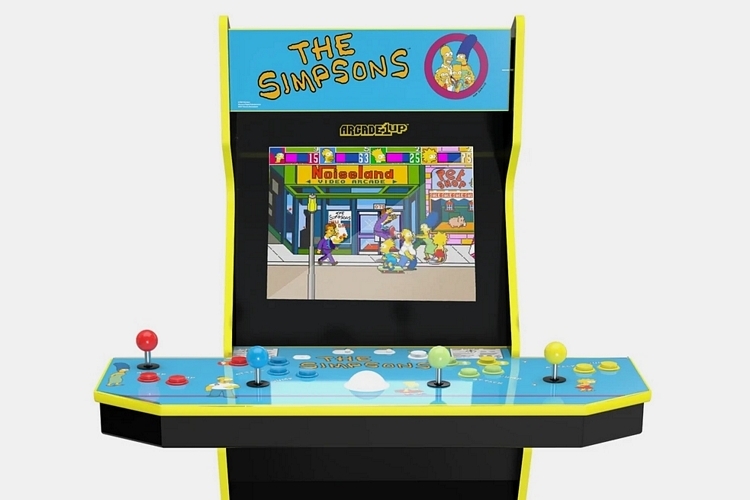 As with the outfit’s other cabinets, it gets molded coin doors (non-operational, of course), custom risers for adjusting the game’s height, built-in speakers with adjustable volume, and a clear deck protection. The whole thing measures 48 x 11.25 x 24 inches (height x width x depth) and weighs 104 pounds.

Arcade1Up’s The Simpsons Arcade Machine will be available for preorder on June 15. No pricing has been announced yet.