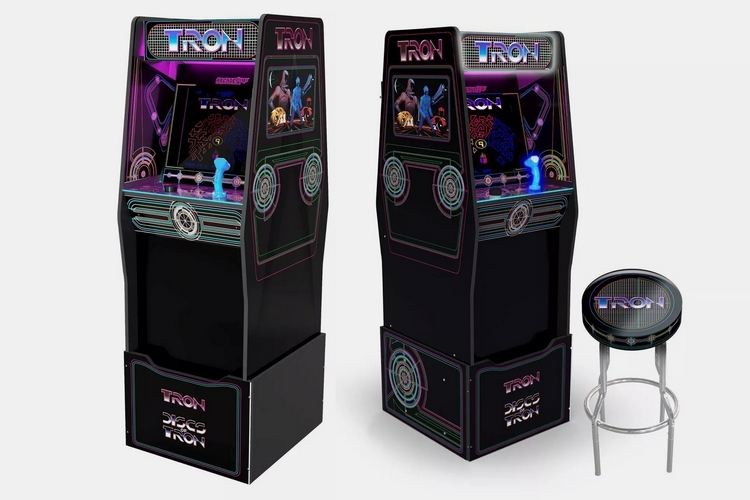 Not only was Tron a big screen hit for Disney back in 1982, the same goes for its arcade counterpart, which won “Coin Operated Game of the Year” from Electronic Games magazine during the same year. As such, it has long been one of the most anticipated games in the ongoing arcade revival. Well, those fans holding out hope will see their persistence bear fruit soon with the release of the Arcade1Up Tron.

That’s right, Tron is getting a new lease on life in the form of Arcade1Up’s three-quarters scale arcade cabinets, allowing you to get one of the best arcade games of the 80s in a size that will actually fit in most people’s homes. Not only does it get the original Tron games, it recreates the aesthetics of the original cabinet, too, from the artwork and the control layout to the light-up marquee and unique light-up flight stick that set the original apart back in the day. 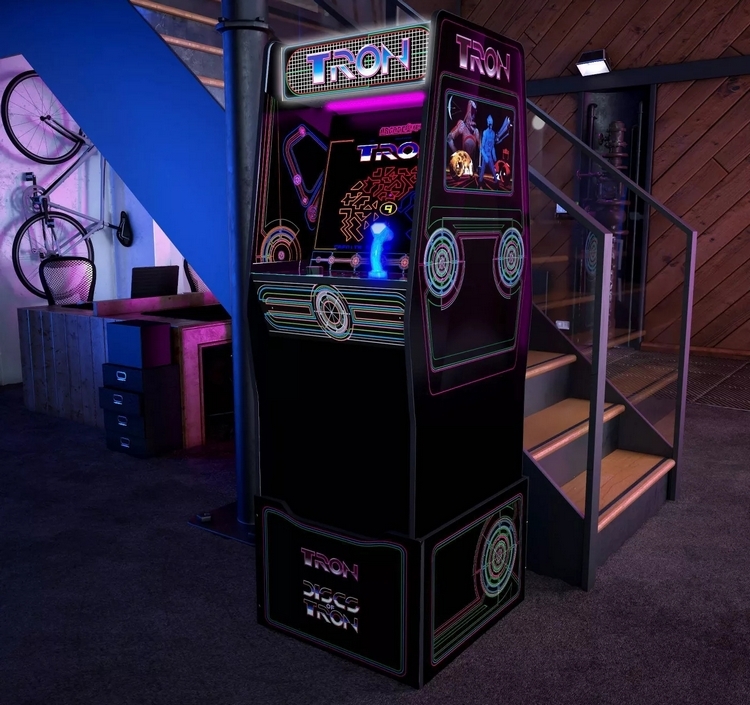 The Arcade1Up Tron has a custom-designed cabinet and riser that faithfully recreates the game’s artwork, ensuring anyone who sees the rig knows exactly what game you’ve got under all that wood. Not only do you get the original Tron game, you also get the sequel arcade, Discs of Tron, so you can enjoy both movie-based titles from a single cabinet.  Sadly, they only recreated the cabinet design for the first game, so you won’t quite enjoy the same walk-in cabinet as the Discs of Tron from that period.

The faithful recreation extends even more in the control deck section of the cabinet, which comes with graphics done up using iridescent paint accents, allowing them to glow in an aesthetic that resembles the movie’s when the black light hidden under the overhead marquee switches on. All that glowing ink, along with the glowing flight stick and the game onscreen makes for one trippy-looking ensemble. 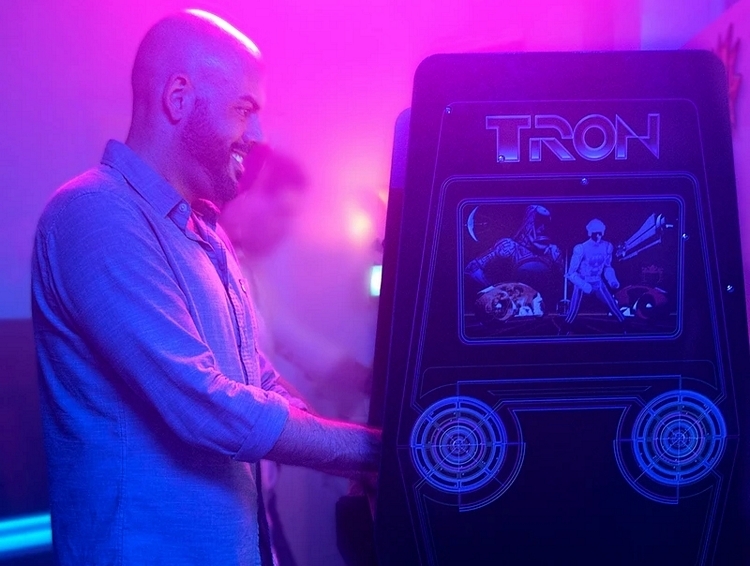 The Arcade1Up Tron, of course, is a modern arcade cabinet, so it swaps out the CRT screen in favor of a 17-inch LCD, allowing you to enjoy the game with more contemporary visuals. They retained the same control layout as the original, so it’s got a glowing flight stick, control knob, and a pair of buttons for making your way around the onscreen action, complete with game instructions from the original cabinet, so those old enough to play the game way back when will get a big hit of nostalgia wasting an evening on this thing. 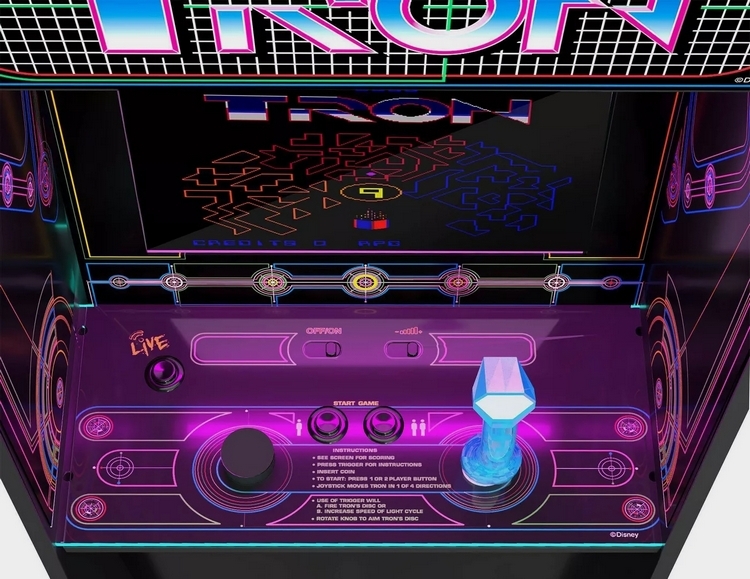 There’s a clear deck protector, so you won’t easily damage the control deck even if you spill food or drinks on it, while volume controls allow you to adjust how loud the speakers end up blasting the game sound. Hey… people who played back in the day are pretty old now and can’t just make a ruckus whenever they want. Once assembled, by the way, the cabinet measures 22.1 x 19.7 x 64. 7 inches (depth x width x height), so it’s big enough to resemble the arcade cabinets of old while being small enough to find room for in most game rooms, garages, and, if you can swing it, the living room. Do note, it weighs a hefty 95.2 pounds, so you’ll want to assemble it in the same room you plan to put it in.

The Arcade1Up Tron goes up for preorder starting October 19th, with shipments slated to start during the holiday season.