Building a good sandcastle takes hard work.  Keeping rowdy kids at the beach from messing them up (especially rowdy kids with one of those Hand Trux gloves on) takes even harder work.  Fortunately, you won’t have to work that hard to recreate your iconic sand structures from all around the ancient world with the Architectural Sand Mold Set.  And while you still can’t keep kids from running them over, it won’t take you more than a minute or so to build one again, so no problem.

Unfortunately, these molds only let you build small sand replicas, rather than huge impressive masterpieces on the shore.  And by small, we don’t mean the size of a barbie dollhouse — we mean smaller.  Like, “the Coloseum is only 7.25 inches long” small.  Granted, if you use a little imagination, you can combine them into one big structure or a miniature sand city, which could be just as awesome as a massive sand structure. 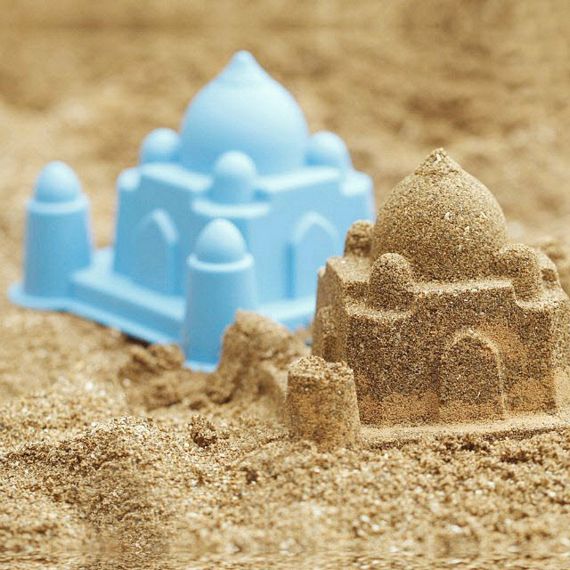 Want one?  The Architectural Sand Mold Set is available from Amazon, priced at $15.