Electric motorcycles make for seriously economical rides, allowing you to get around town while using a minimal amount of electricity. If you’re not quite as comfortable with motorcycles as you need to be when riding one, though, the Arcimoto SRK is hoping it will make for an equally capable alternative.

An electric trike, it combines the driving mechanics of motorcycles with the conveniences of a golf cart. That means, you operate it with handlebars the way you would on a motorcycle, but also enjoy the benefit of seats with backrests, a roof over your head (it’s clear, though, so while it shields you from rain, the sun is another matter entirely), and a ride that maintains balance all on its own. 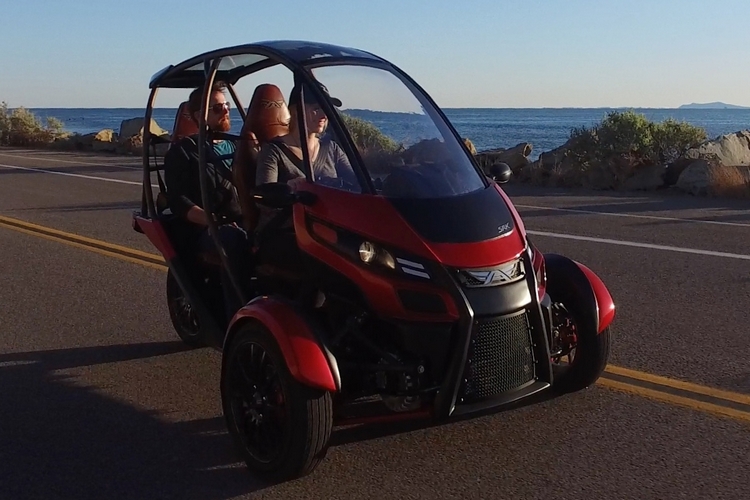 The Arcimoto SRK is an inverted trike, with a roofed but open cabin that makes it look more like a golf cart than a motorcycle. A pair of electric motors allow it to run at satisfying top speeds of 80mph and accelerate from 0 to 60 in 7.5 seconds, with two options in battery packs allowing you to run up to 80 miles and 130 miles on a single charge, respectively. Recharging from empty to full takes 1.5 hours for the 80-mile pack and three hours for the 130-mile version, making for one convenient electric ride. 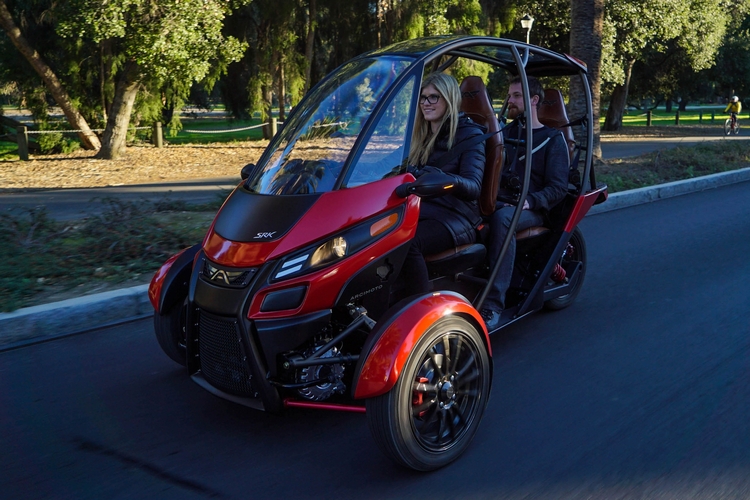 Two inline seats let you to ride it comfortably with a passenger in tow, with three-point seatbelts ensuring safety during sudden stops. Features include a regenerative hand-accessed braking lever, a hydraulic foot brake as a secondary stopping option, an LCD screen showing riding vitals, and a rear shelf for transporting cargo.